Lighthouse of Antalya's ancient Patara to give light again 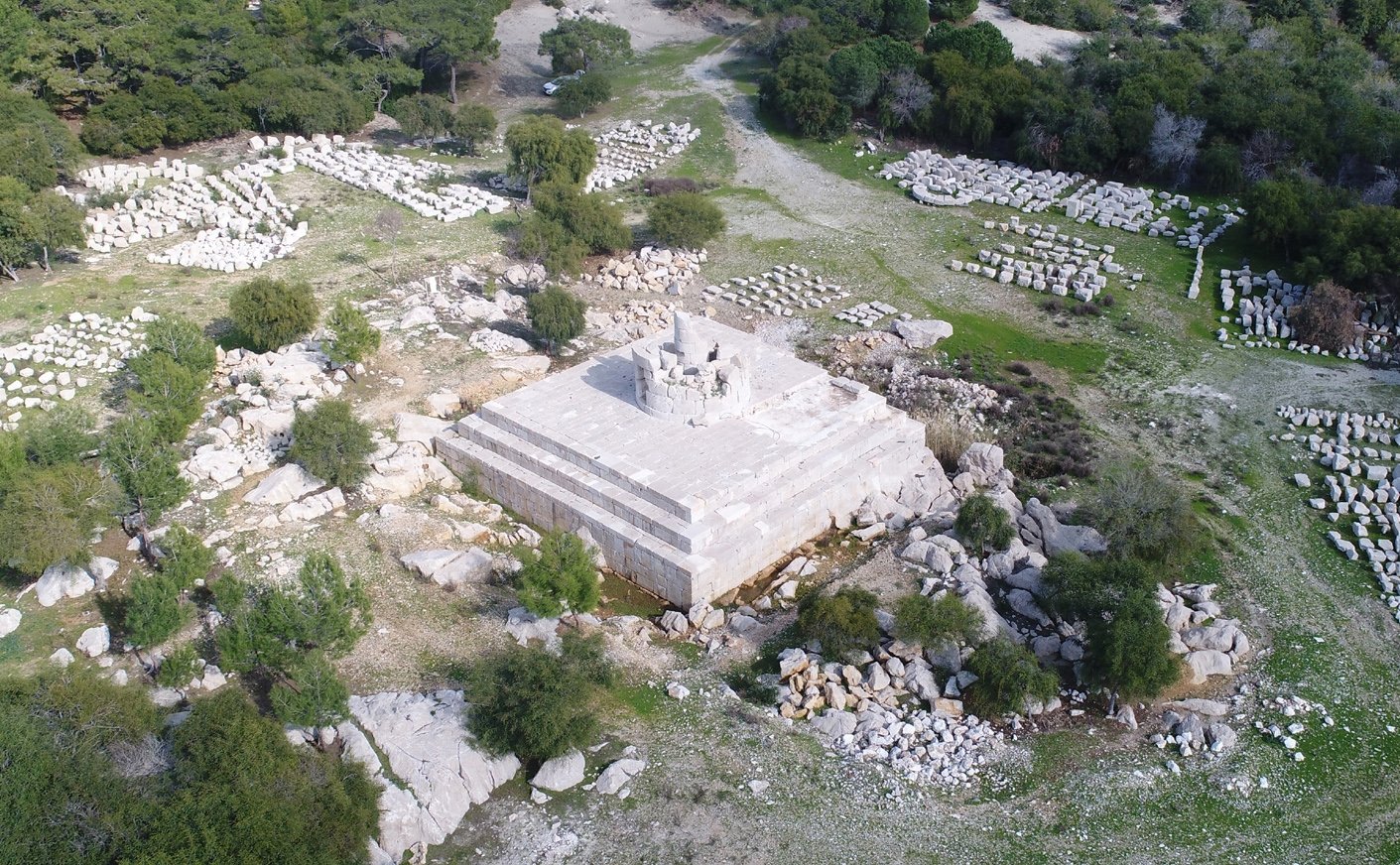 The ruins of the historical lighthouse at the ancient city of Patara can be seen in modern-day Antalya, southern Turkey, March 24, 2021. (DHA Photo)
by Daily Sabah with DHA Mar 24, 2021 8:41 pm
RECOMMENDED

Reconstruction work has been launched to rebuild an ancient lighthouse from its ruins using the original stones, as part of the efforts to promote the ancient city of Patara located in southwestern Turkey's Antalya province.

The restoration of Patara's lighthouse, which was constructed during the reign of the infamous fifth Roman emperor Nero, had begun in 2020 as the year was declared the “Year of Patara” by the Culture and Tourism Ministry, in honor of the city that served as the capital of the Lycian League for many years.

In total, there are 2,500 original stones belonging to the lighthouse, which have remained after the structure was devastated in 1481 due to an earthquake in Rhodes and a subsequent tsunami in the Mediterranean. The stones, excavated throughout the years, serve as the basis for the reconstruction of the ancient monument.

Each of the original stones is scanned at the “stone hospital” on the archaeological site and is physically and chemically analyzed in labs, after which the team, with the help of artificial intelligence, determines the original placement of the stones.

“The reason that the work is taking a long time is that each of the stones needs to be scanned one by one at the stone hospital to determine whether they have tissue loss, and analyzed. Rotten stones need to be discarded and the undamaged ones need to be used exactly,” Öztürk told Demirören Haber Ajansı (DHA).

Öztürk also touched upon how they utilized special software and AI to help in their work.

“All the data is fed to the program. The position and usability of the nearly 2,500 stones are determined through a trial-and-error method with 80-90% accuracy,” Öztürk said and noted that the project was a first in Turkey and the world in these respects.

Patara has been home to the excavation of numerous historical artifacts since the city was discovered 32 years ago by Professor Fahri Işık of Akdeniz University and his wife Havva Işkan Işık.

One of the most important findings among those historical artifacts has been the lighthouse. It was discovered by then-excavation team head, Professor Işık in 2000 and was unearthed by his wife who succeeded him as the head of the team.

The lighthouse, built by the Roman emperor Nero in 64 A.D., is believed to have been a project to boost Nero's prestige. It has been a hub for findings that extend the archaeologists' understanding of the Roman Empire.

The excavations around the historical structure also led to the discovery of an inscription by the Council of Patara and the town's residents to the time's governor Sextus Marcius. “We thank you for governing the people of Lycia rightfully, without taking bribes and for adorning our city with beautiful monuments for eight years,” reads the inscription in stone.

Professor Işkan stated that the restoration means that Turkey would regain a universal monument.

“One the prestigious structures of the Roman Empire, the lighthouse is inscribed with Nero's words: 'I built this for the welfare of sailors.' We too, work for the day that we will present this lighthouse to our country and our hero sailors.”