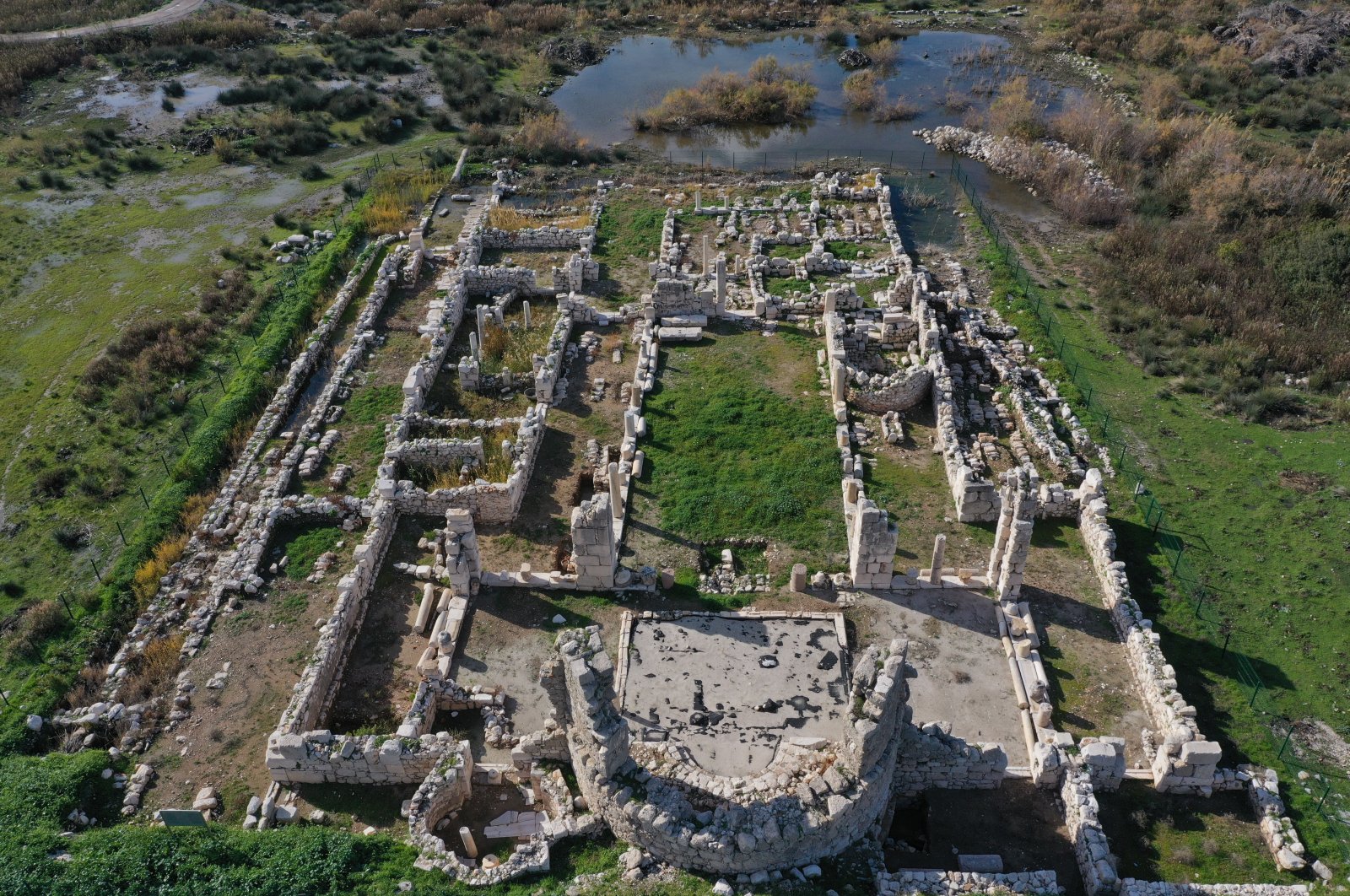 After 2020 was declared the Year of Patara, events, organizations and campaigns have stepped up to promote the cultural values of the ancient city located in modern-day Antalya province in southwestern Turkey. Yeliz Gül Ege, the chairperson of Promoting Antalya Foundation, recently suggested that film projects should be encouraged in the ancient city to increase attention more in the future.

Various events have been organized to promote the cultural and historical heritage of Patara in 2020 in line with COVID-19 restrictions and measures. Therefore, the ancient city has risen in popularity and recognition as a result of support from the Culture and Tourism Ministry and nongovernmental organizations like the Promoting Antalya Foundation. For example, first lady Emine Erdoğan helped with the promotion as well, visiting the ancient city of Patara and reuniting loggerhead sea turtles, an endangered species commonly known as “caretta caretta,” with the sea after they were treated at a veterinary clinic.

Noting that the declaration of 2020 as the "Year of Patara" boosted tourism in the region despite the pandemic, Ege said that this positive situation should be sustained by Antalya in the future. Recalling that desert scenes of many films were previously shot on Patara Beach, the chairperson said that the shooting of more film projects in Patara should be promoted. She added that film projects or other similar organizations will be the best activities to draw attention to the ancient city.

Stating that there were several other important ongoing efforts to promote and restore the ancient city, Ege said that these efforts will be the stepping stones on the way to the ancient city's entry to the UNESCO World Heritage List as well.

Patara, believed to be founded by Patarus, son of Apollo, was the capital city of the ancient Lycian League, a federation of native republics, which in its time encompassed the modern provinces of Antalya and Muğla. It remained the league's capital until the year 43, after which the Roman emperor Claudius dissolved the league, and Lycia was incorporated into the Roman Empire with provincial status.

The city has hosted many mythological and historical figures throughout its history, with Apollo the ancient Greek god of light and Artemis the goddess of the hunt being notable examples. It is also the birthplace of Saint Nicholas of Myra, whose reputation of secret gift-giving evolved through time to the traditional model of Santa Claus.

Thousands of historical and cultural artifacts have been unearthed in the city, such as statues, bathhouses, churches, basilicas and monuments. Restoration work on the findings has also been sustained by expert teams in the ancient site. For example, the ancient theater of the city hosted an exclusive Patara Year Concert after it was restored. Likewise, the lighthouse of the city was reerected with original stone materials.

On the other hand, the ancient city mesmerizes tourists with one of the longest beaches in Turkey, and its 18-kilometer-long (11-mile-long) sandy beaches are also one of the most important habitats of loggerhead sea turtles.