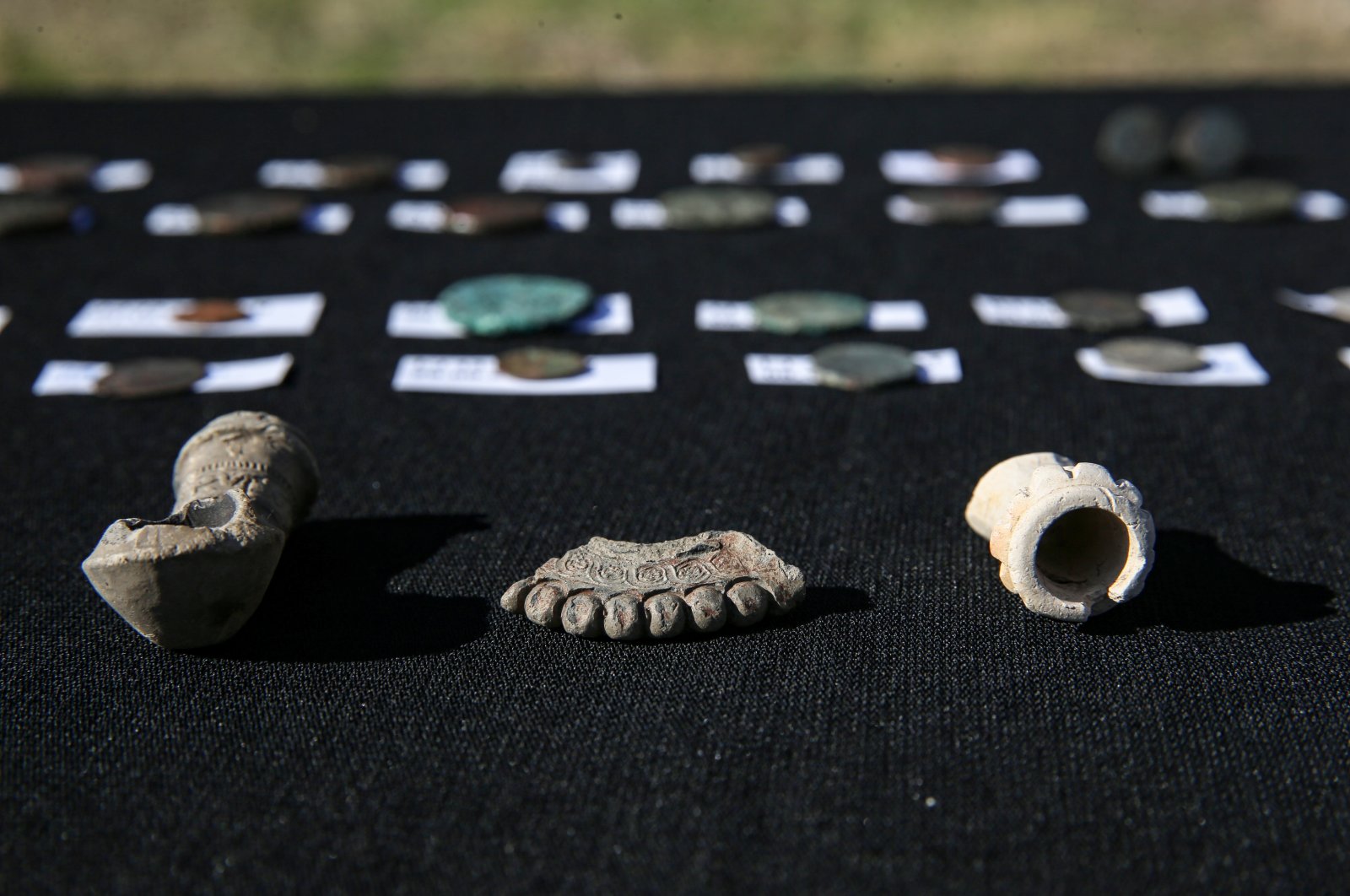 Ceramics from the Neolithic, Roman and Islamic periods have been discovered during excavations at the site in Diyarbakır, southeastern Turkey, Jan. 4, 2021. (AA Photo)
by DAILY SABAH WITH AA Jan 08, 2021 11:35 am
RECOMMENDED

The latest archeological excavations at the historical site of Amida Mound in southeastern Turkey’s Diyarbakır province have revealed new findings that shed light on the history of the region. Professor Irfan Yıldız, head of the archeological team, believes with the help of new prehistoric discoveries, the mound will attract more visitors to the heart of Diyarbakır.

Archeological work at the Amida Mound has been ongoing since 2018 with several exciting new findings made in the last two years.

Yıldız, speaking to Anadolu Agency (AA), said that the historical Sur district, where the mound is located, was home to many ancient civilizations, including the Hurrians and Mitannis, Urartians, Assyrians, Persians, Romans, Umayyads, Abbasids, Artuqids, Seljuks, and the Ottomans.

The latest excavations at the site were recently completed, with archaeologists unearthing several movable cultural heritage assets from various periods of history, dating back as far as 8,000 years.

Previous archeological work had revealed water channels and the earliest-known heating system in history, which were believed to be 1,800 years old, along with 1,700-year-old burial chambers. Recent digs have added several cultural assets to that growing historical catalog.

Yıldız noted that both last year’s and this year’s excavations discovered coins bearing a double-headed eagle figure, which was the coat of arms of Nasir ud din Mahmud, the eighth sultan of Mamluk Sultanate which built several historical structures in Diyarbakır, including the Artuqid Palace.

“Last year we found a coin minted by Nasir ud din Mahmud in Diyarbakır. This year, we unearthed three more coins. The fact that these coins were minted in Amid shows how highly the site was regarded by the Artuqids,” Yıldız said. He explained how the coins shed new light on the history of the region.

“From the coins, we understand that the Artuqids of Hasankeyf and Amid were subjects of Ayyubids, as the name of Ayyubid ruler Malik al-Adil Abu-Bakr was inscribed on the coins. We have unearthed many Islamic era coins, particularly from the Aq Qoyunlu and Ayyubid periods, along with one from Ottoman and another from Republic times. These coins carry significant historical importance.”

Other than coins, several historical ceramic objects have been found at the Amida Mound site.

“Ceramics, ranging from the late Neolithic period, early Chalcolithic period, Bronze Age, Iron Age all the way to the Roman and Islamic periods have been discovered during the latest excavations. We have found Artuqid ceramic pieces adorned with figures for the first time,” Yıldız said.

These go to show that “it (the Amida Mound) is one of the rare sites in the world where settled life has continued, uninterrupted, for 8,000 years,” he added, calling for more support for archeological work.

The findings have been transferred to the Diyarbakır Archeological Museum for further examination.