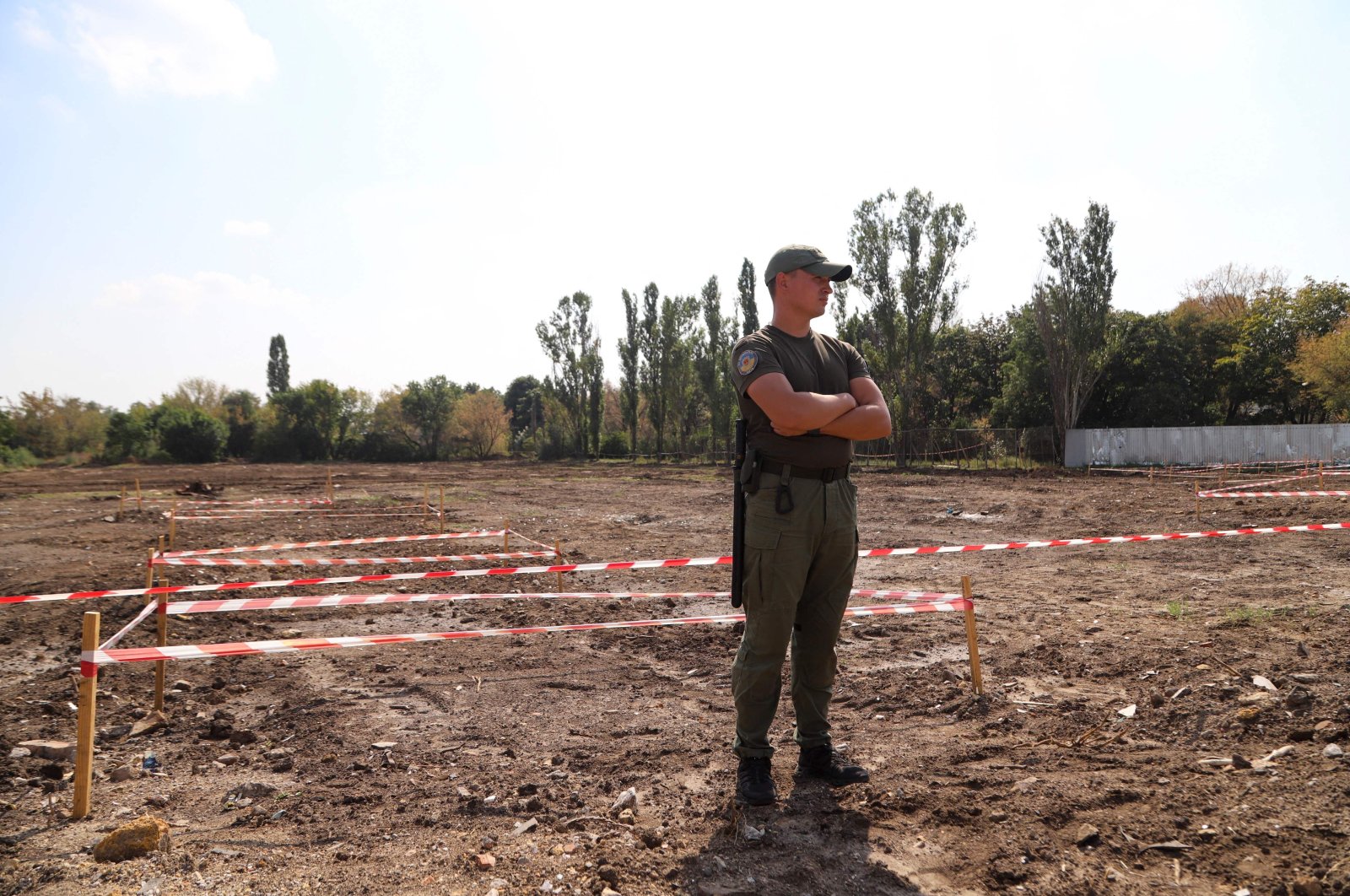 A security person stands guard at the mass graves site discovered on an abandoned area near the city airport where until recently was a dump in Odessa, Ukraine, Aug. 30, 2021. (AFP Photo)
by French Press Agency - AFP Aug 31, 2021 2:34 pm
RECOMMENDED

A new mass grave, which is believed to have the remains of up to 20,000 people who were victims of Stalin's Great Terror era, was unearthed in Ukraine's southern city of Odessa, historians said Monday.

According to various estimates, the bones of between 5,000 and 20,000 people lie in the ground, making it one of the largest mass graves unearthed in Ukraine so far.

They were discovered this month close to Odessa airport after exploratory works started as part of expansion plans.

"As of today, 29 graves have been discovered. The bodies lie in several layers," local historian Oleksandr Babych told journalists at the site which until recently was a garbage dump.

"Already we can clearly see at least five layers," he said.

Historians believe that these people were executed in the 1930s, the time known as Stalin's Great Terror.

Archaeologist Tetyana Samoylova, a chief consultant at the site, highlighted the "cynicism" with which the sentences were carried out.

"They dug out pits in the garbage and threw these people in or shot them dead as they were standing there," Samoylova said.

"And then they covered them with the same garbage," she added, standing next to the dozens of graves marked by red tape.

It took 400 trucks to remove the top layer of garbage, according to a search group.

"When we carry out the exhumation, we will decide what to do here. And, of course, we plan to make a memorial," Odessa mayor Gennady Trukhanov said.

Some mass graves had already been unearthed in this area in previous years.

The prisoners' nationalities and the crimes for which they were sentenced to die remain unknown.

According to estimates made by historians, hundreds of thousands of Ukrainians were imprisoned or executed in Gulag camps during the Stalinist repressions.

One of the best-known execution sites is the forest near the village of Bykivnia on the outskirts of the capital Kyiv, where tens of thousands of victims were buried in 1937-1941.

Millions of Ukrainians also died in the great famine of 1932-1933, which Kyiv regards as a genocide orchestrated by Stalin.