People living in Pergamon 2,000 years ago had plant-based diet 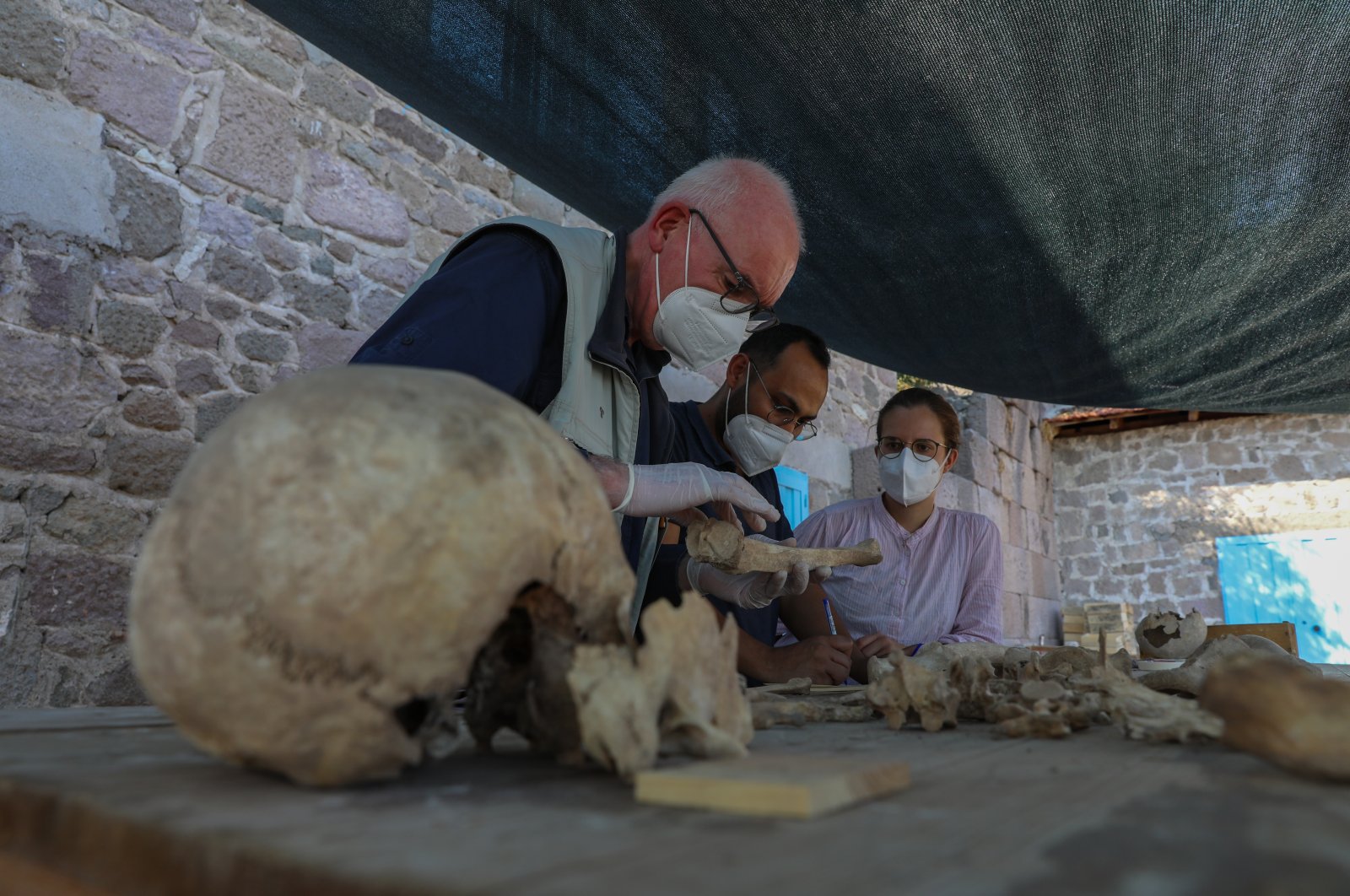 According to the latest research and examination of skeletons unearthed in the ancient city of Pergamon in western Turkey, people living there 2,000 years ago had a diet based on carbohydrates and plants.

A team of Turkish and German scientists also discovered out that residents of Pergamon – near the Turkish town of Bergama – often suffered from tooth and sinus ailments.

Located in Turkey's Aegean province of Izmir, Pergamon and its surrounding multi-layered cultural landscape were added to the UNESCO World Heritage List in 2014.

Professor Wolf Rudiger Teegen of Munich’s Ludwig Maximillian University, who is working on skeletons unearthed from two necropolises in Pergamon, also discovered clues about the dietary habits and diseases of the residents of the ancient city.

Speaking to Anadolu Agency (AA), Teegen, an expert on proto-historic and Roman archeology, said that by examining the ancient teeth, "we see that a carbohydrate-rich diet was common, such as bread and porridge."

"A certain group could eat meat regularly. The number of people who ate a lot of meat was low, because meat eating was dependent on social status," he explained.

"We know from studies that beef was cheaper than pork. Pork was very popular during the Roman Empire. The most expensive meat at that time was rabbit meat," he explained.

From working in the region on 300 skeletons and bone remains for nearly a dozen years, Teegen said they primarily focused on the gender and age of the remains, adding; “In some skeletons, it is impossible to determine gender. Age determination is much more possible. We see a typical age distribution. This is also true for Roman and Hellenistic times."

"We found that people predominantly died between the ages of 20 and 40. The death rate at older ages is lower. Particularly the median age at death among women is lower due to factors such as pregnancy and childbirth," he said.

He underlined that they rarely come across causes of death other than blunt trauma, as diseases with symptoms such as fever or diarrhea do not leave any traces on the skeleton.

The most frequent health problems include abscess and tooth loss, he said, adding: "These diseases also played an important role in childhood and youth."