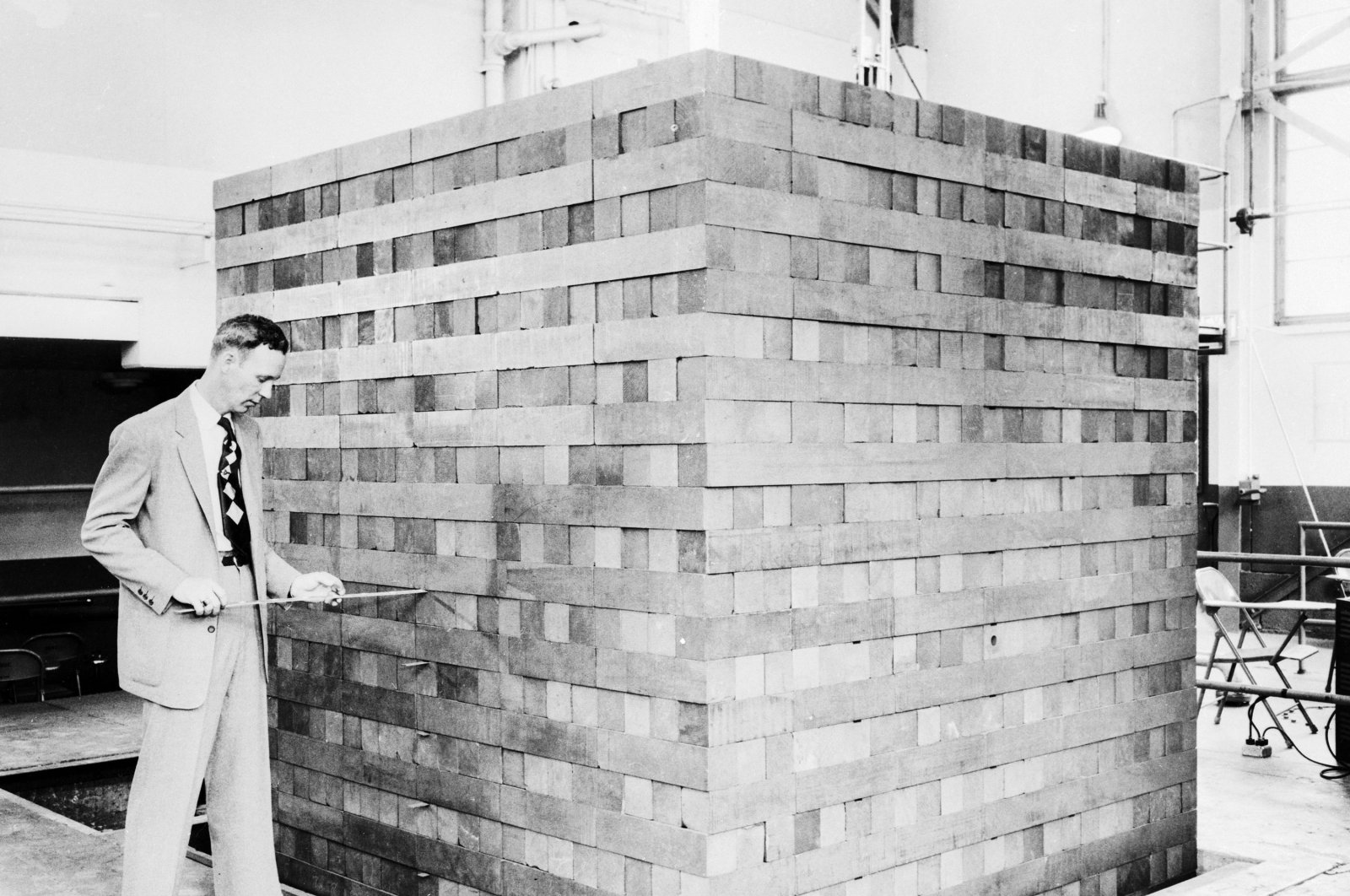 The original uranium and graphite used by Dr. Enrico Fermi and his associates in the world's first nuclear reactor have been used in this subcritical reactor assembly at Argonne National Laboratory, 1955. (Getty Images)
by Daily Sabah with Wires Aug 26, 2021 11:41 am
RECOMMENDED

For years tiny cubes of uranium retrieved from a nuclear reactor Hitler tried to build during the Nazi reign have intrigued the science world.

Nazi Germany was in the thick of the race to develop nuclear technology, along with the United States but before the Germans had a chance the Allied forces disrupted the program and got their hand on most of the uranium cubes that have gone into obscurity.

The long-degraded radioactive isotopes in these cubes have found their way into the hands of scientists one way or the other, some even donated directly as was the case of University of Maryland physicists Timothy Koeth and Miriam Hiebert. A total of over 600 cubes are said to be spread around the world.

With technology marching on techniques to confirm the provenance of said cubes scientists report initial results. These results will be presented in detail at a meeting of the ACS in fall, newswise reports.

While many cubes are claimed to have come from a Nazi reactor Jon Schwantes of the Pacific Northwest National Laboratory (PNNL) says that they first want to establish if they are indeed of German origin and compare the sample of Koeth and Hiebert to determine further features.

The research showed that the cubes contained fairly pure uranium metal, but with time passing it degraded to thorium and protactinium. By a certain technique to measure this degradation the scientist say that they’ll be able to determine how long ago the cube was made. In addition to that, they could reveal where it was mined further determining its origins.