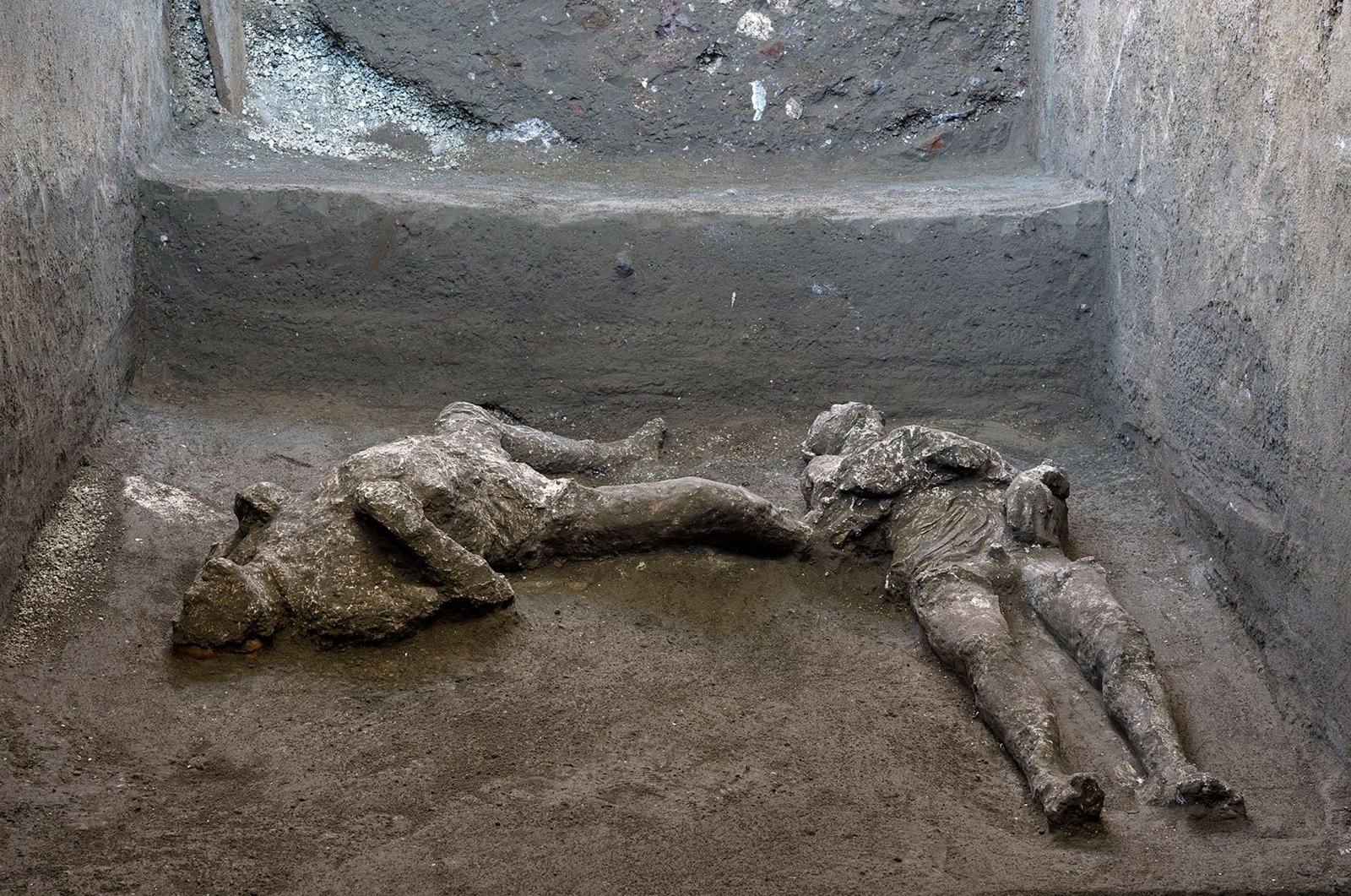 Remains of two men who died in the volcanic eruption that destroyed the ancient Roman city of Pompeii in 79 A.D. are discovered in a dig carried out during the coronavirus pandemic in Pompeii, Italy on Nov. 18, 2020. (Reuters Photo)
by ASSOCIATED PRESS
Nov 21, 2020 4:32 pm

The skeletal remains of what is believed to have been a rich man and his male slave fleeing the volcanic eruption of Vesuvius nearly 2,000 years ago have been discovered in Pompeii, officials at the archaeological park said Saturday.

The partial skeletons were found during the excavation of an elegant villa on the outskirts of the ancient Roman city that was destroyed by the eruption in 79 A.D. It’s the same area where a stable with the remains of three harnessed horses was excavated in 2017.

Pompeii officials said the two men apparently escaped the initial fall of ash, then succumbed to a powerful volcanic blast that took place the following day.

Casts were created of the entire skeletons, taking advantage of the impressions the shape of the victims made in the hardened ash.

Judging by cranial bones and skull, one of the victims was a youth, likely aged 18 to 25, with a spinal column with compressed discs. That finding led archaeologists to hypothesize that the young man did manual labor, like that of a slave.

The other victim, found nearby, had a robust bone structure, especially in his chest area, and probably was about 30 to 40 years old, the Pompeii officials said.

Both skeletons were found in a corridor, which led to a staircase to the upper level of the villa.

Based on the impression of fabric folds left in the ash layer, it appeared the younger man was wearing a short, pleated tunic, possibly of wool. The older victim, in addition to wearing a tunic, appeared to have had a mantle over his left shoulder.

While excavations continue at the site near Naples, tourists are currently barred from the archaeological park under national anti-COVID-19 measures.