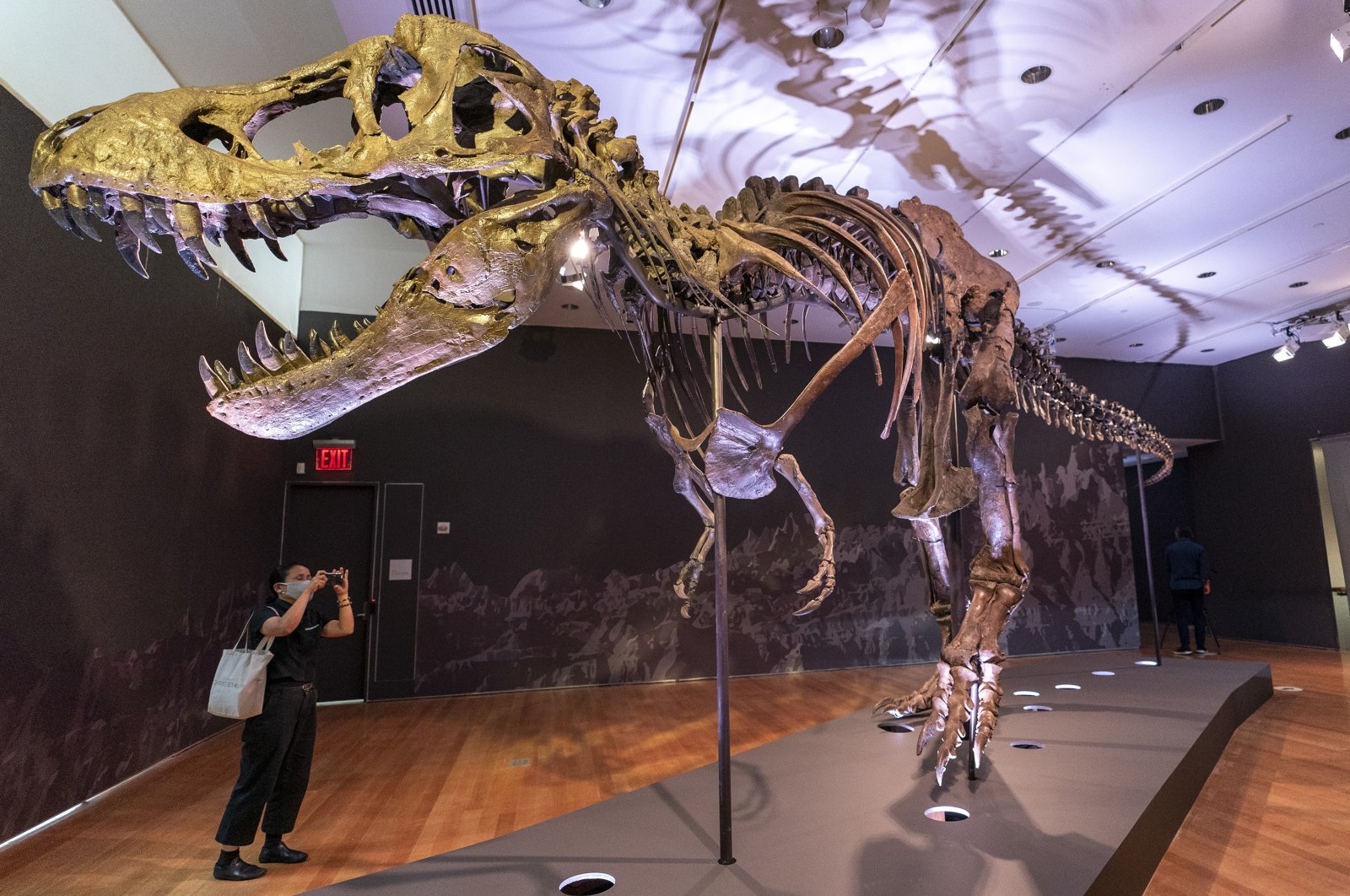 One of the most complete specimens of a Tyrannosaurus rex fossil in the world was sold for a record $31.8 million Tuesday by Christie's in New York, nearly quadrupling the previous highest price for a dinosaur at auction.

The apex predator made mincemeat of Christie's opening price of between $6 million and $8 million, showing off the lasting power of the T-Rex.

It then shredded the previous record set by a specimen called "Sue" that was sold for $8.4 million in October 1997 by Sotheby's to the Field Museum of Natural History in Chicago.

Only around 50 Tyrannosaurus fossils have been discovered since the first was unearthed in 1902.

Bids hit the $9 million mark in less than two minutes after the start of the auction, but after 14 minutes there were just three bidders left in the race, until the hammer came down on an offer of $27.5 million, to which were added costs and commissions.

The sale was organized in New York, where the expert assessor was located, but with lines open to Hong Kong and London, where Christie's specialists were taking calls from collectors.

The fossil, nicknamed "Stan," stands 13 feet (4 meters) high and 40 feet long, with puncture marks in the skull and neck that experts believe show evidence of fights with fellow T-Rexes. He would have weighed in at around 8 tons when alive, some 67 million years ago.

The fossil was discovered in South Dakota in 1987 and named after the amateur paleontologist who came across the remains, Stan Sacrison.

Paleontologists from the Black Hills Institute of Geological Research in South Dakota spent more than 30,000 hours excavating and then assembling the 188 bones of the skeleton.

Casts were then taken for dozens of museums around the world that wanted a copy of this exceptional specimen of Tyrannosaur, which experts believe was around 20 years old when it died.

Ironically, the terms of the sale prevent the buyer from producing 3D models of the dinosaur.

By law, such specimens can only be sold if the fossil was discovered on private land, which in this case it was.