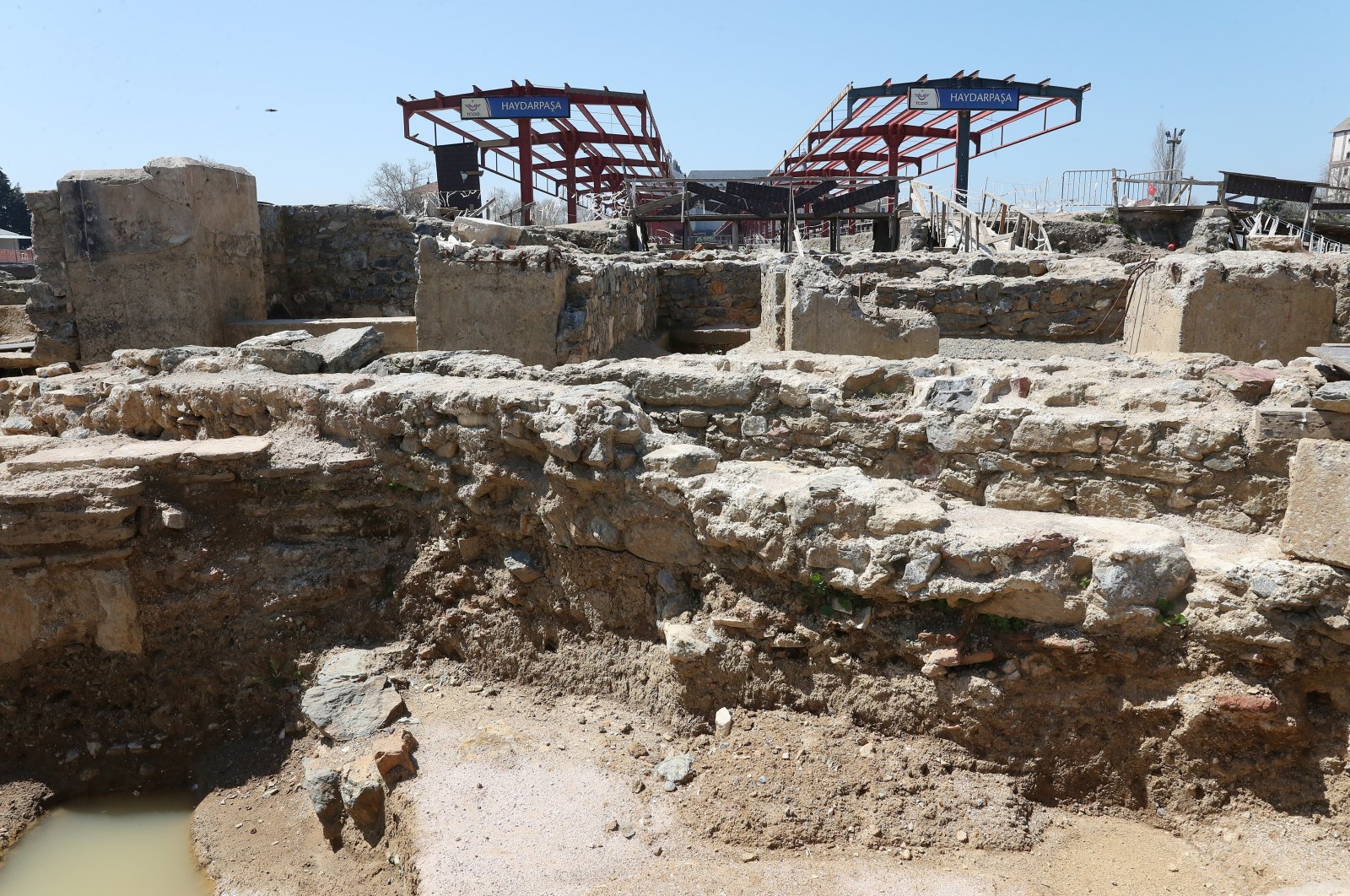 Excavations reveal ancient structures that can be seen against the backdrop of the out-of-use Haydarpaşa Train Station's platforms in the Kadıköy district of Istanbul, Turkey, May 17, 2021. (DHA Photo)
by Daily Sabah with DHA May 20, 2021 3:56 pm
RECOMMENDED

Istanbul's historic Haydarpaşa Train Station has been known to be somewhat of an archaeological heaven for a while as numerous excavations on the site have piece by piece revealed the history of the city's famous Kadıköy district, once known as the “Land of the Blind.” The most recent finding to be unearthed is a structure dating to the third and fourth centuries B.C., which makes it the oldest structure at the site so far.

Mehmet Ali Polat, the chief archaeologist of the Haydarpaşa Station archaeological excavation, said the structure is architecturally the site's oldest monument and that they believe it is the remains of a monument or mausoleum.

The structure, dating to the Hellenistic period, was discovered during excavations carried out jointly by the Ministry of Transport and Infrastructure and the Ministry of Culture and Tourism. More than 35,000 artifacts, large pieces and columns have so far been excavated at the site.

“This is a very large area, an excavation area of ​​approximately 350,000 square meters (3.7 million square feet),” said Polat and noted that their excavations are focused on a 65,000-square-meter area. “So far, we have discovered small finds of pottery and coins from the fifth, sixth and seventh centuries B.C.,” he added.

The newly discovered monument stands as the oldest building on the site. “There is an architectural density here,” Polat told Demirören News Agency (DHA). “Most of these are structures were built in the third and fourth centuries A.D. Additions were made to these structures in the fifth and sixth centuries.”

Polat noted that there was a main street ending at the coastline from the fourth or fifth centuries, and a cluster of buildings to either side. The area once used to be the northwestern harbor of the ancient maritime town of Chalcedon.

“Then it gradually becomes active again in the middle Byzantine period. We know from the remains we have excavated that there were only small workshops here in the late Byzantine period,” said Polat.

In the Ottoman period, meanwhile, the town was almost entirely abandoned as a settlement area. The reason for this, explains Polat, is that the area was covered with silt and therefore used as a meadow during the Ottoman Empire.