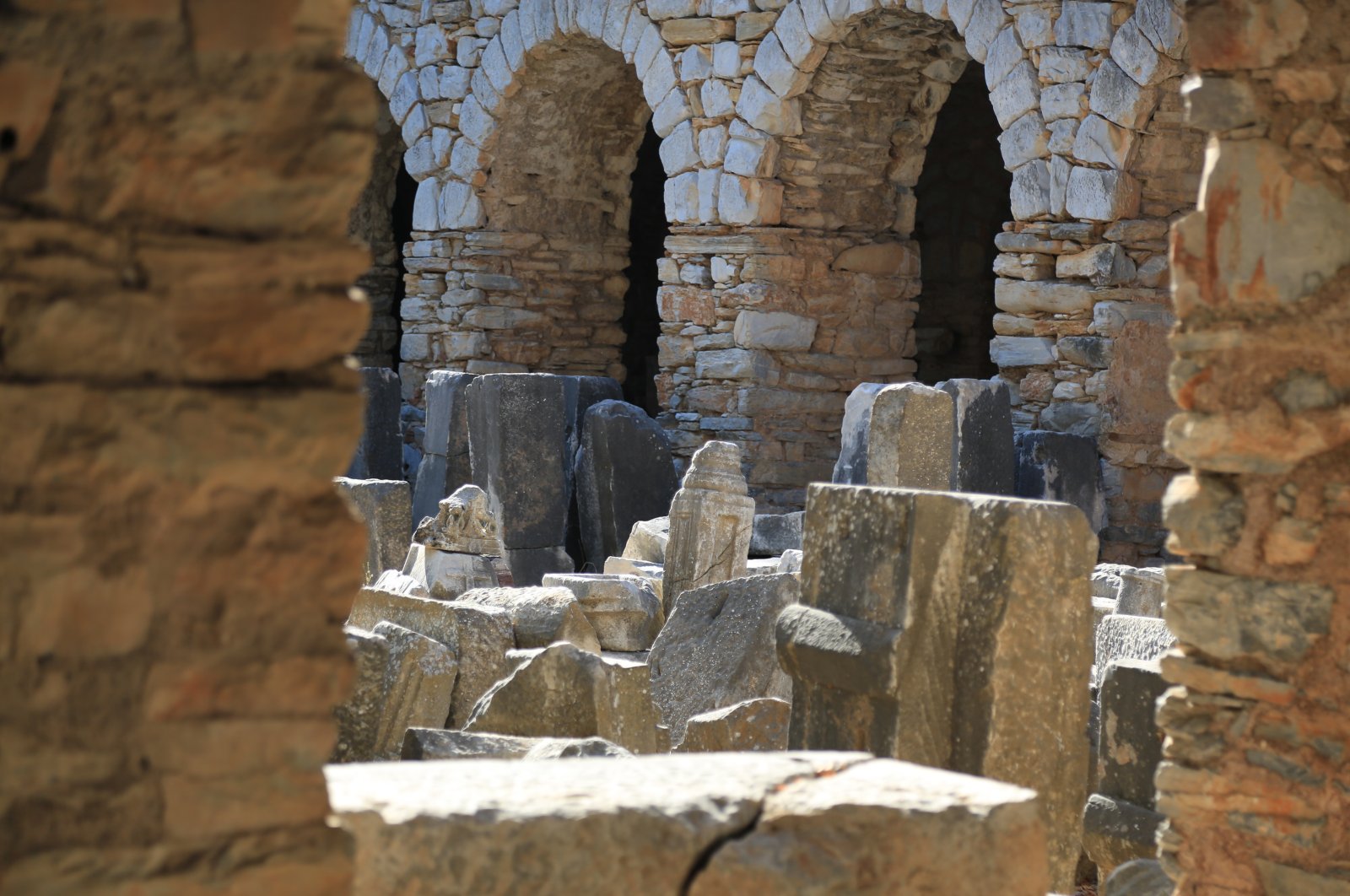 The ancient city of Iasos in the Turkish Aegean is famed for its unique marble structures. (AA Photo)
by Anadolu Agency Jul 24, 2020 5:35 pm
RECOMMENDED

The ancient city of Iasos in the Turkish Aegean is famed for its unique marble structures, which have impressed visitors for thousands of years.

The city, whose oldest sections date back to around the third century B.C., is a veritable open-air museum with large walls, aqueducts, agora, theater, tombstones, Roman tombs and a fish market.

Excavations continue on the ancient site, situated in the Milas district of the southwestern Muğla province, where the Aegean meets the Mediterranean.

Noting that five marble quarries used during antiquity were found in the city, Baldıran said that the marble was extracted using a hydraulic system during the Roman Empire.

She said quarries of marble with red, pink, and white veins were usually located near waterfronts.

"In the quarries that operated during the Roman Imperial era, we know the marble was cut using a hydraulic system,”

"Unique marbles in red, dug out right in Iasos using an early form of hydraulic system, are used in a panel on the walls of Hagia Sophia,” Istanbul’s recently reopened historic mosque, she said.

Baldıran, who is also a professor of archeology at Selçuk University in Konya, central Turkey, said that the city’s red marble was used in the tomb of Italian poet Dante in Ravenna, northern Italy as well as at some administrative structures in Greece and Israel.

She explained that Iasos marble was exported to many countries by sea.

"Iasos was an important city. It was very important especially commercially and we know that marble extracted from here was sent to many countries, including Italy, Israel, Africa and across our region – in Istanbul.”

Iasos marble was used in many churches and religious centers, she added.