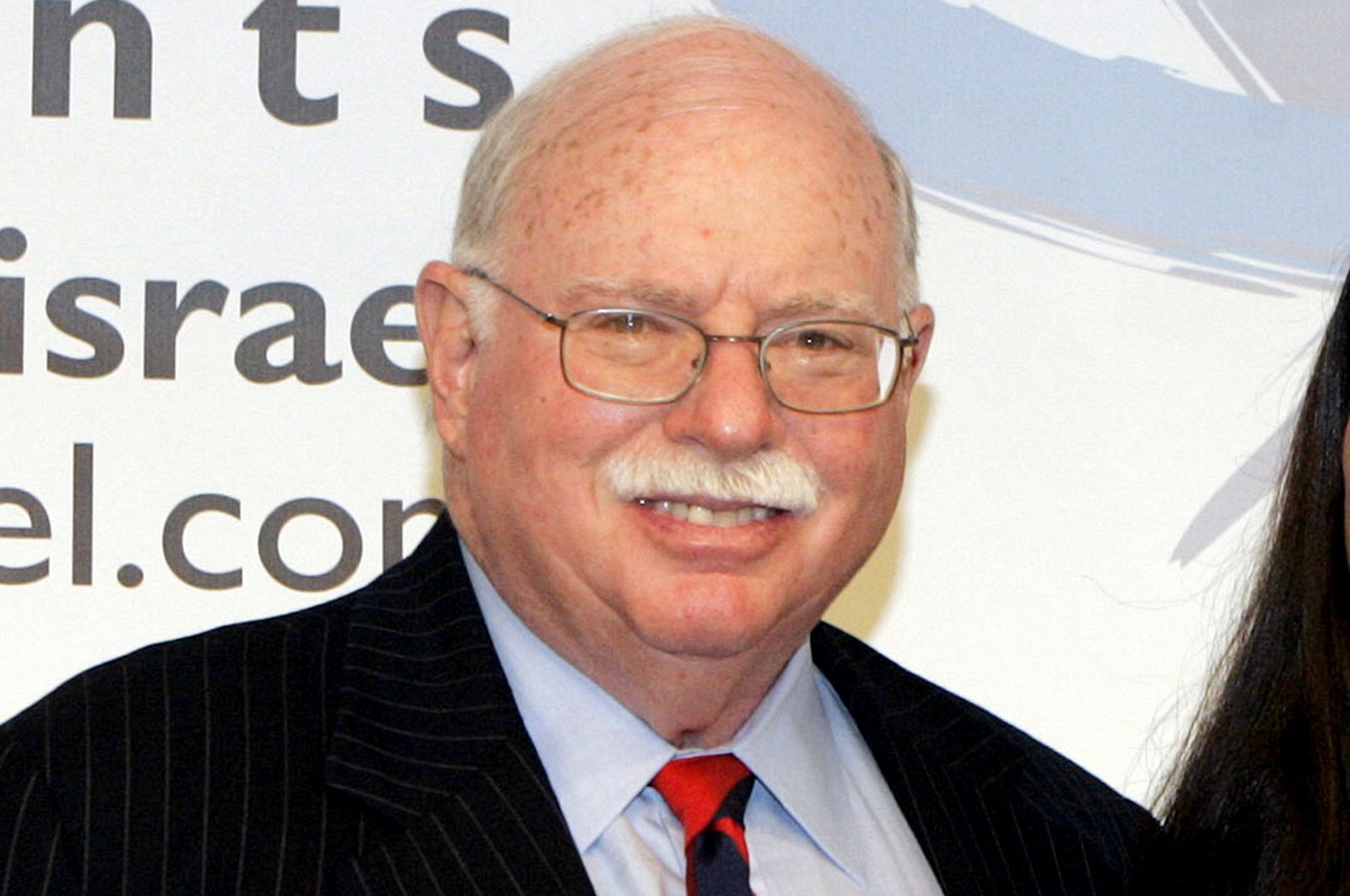 A prominent United States art collector and billionaire philanthropist has returned 180 works of art and antiquities stolen from around the world – including Turkey and other countries in the Mediterranean and Middle East – that are estimated to be worth $70 million, Justice Department officials in New York said Monday.

The move, announced by Manhattan Attorney General Cyrus Vance's office, allows 80-year-old Michael Steinhardt to avoid indictment and trial for the time being, but bans him for life from acquiring antiques on the legal art market.

Steinhardt, a philanthropist who is chair of the Steinhardt Foundation for Jewish Life and co-founder of Birthright Israel, an organization that sends young Jews on free trips to Israel, will not face criminal charges for acquiring pieces that were illegally smuggled out of 11 countries including Egypt, Greece, Israel, Syria and Turkey, prosecutors said.

The items surrendered by Steinhardt include a stag’s head in the form of a ceremonial vessel for libations, dating from 400 B.C., which prosecutors say appeared without provenance on the international market after rampant looting in Milas, western Turkey. Loaned in 1993 to the Metropolitan Museum of Art, the stag's head is valued at $3.5 million, the district attorney said.

The stag's head had been "found in western Turkey," according to undated handwritten notes in Steinhardt's records. "Information from a seller identifying the find spot of an unprovenanced antiquity is often an indication that it has been looted," the statement of facts said.

The works of art include a Greek drinking vessel fashioned in the shape of a deer's head dating from 400 B.C. and worth $3.5 million, and an ancient Greek larnax – a kind of funerary box – from Crete dating from between 1,200 to 1,400 B.C. and worth a million dollars. Prosecutors said it was purchased from a known antiquities trafficker.

Vance said the antiquities will be returned to their rightful owners in Bulgaria, Egypt, Greece, Iraq, Israel, Italy, Jordan, Lebanon, Libya, Syria and Turkey. Law enforcement in these countries assisted in the probe.

According to a 142-page statement of facts, 138 of the antiquities came from Greece, Israel or Italy, with Steinhardt once acknowledging that a majority of items he bought from one dealer "did not have provenance."

"For decades, Michael Steinhardt displayed a rapacious appetite for plundered artifacts without concern for the legality of his actions, the legitimacy of the pieces he bought and sold, or the grievous cultural damage he wrought across the globe," Vance said in a statement along with the announcement, which came after a yearslong investigation.

Vance said the New York financier, estimated by Forbes to be worth $1.2 billion, "knew no geographic or moral boundaries, as reflected in the sprawling underworld of antiquities traffickers, crime bosses, money launderers, and tomb raiders he relied upon to expand his collection."

Steinhardt said in a prepared statement issued by his attorneys that he was "pleased that the District Attorney’s yearslong investigation has concluded without any charges, and that items wrongfully taken by others will be returned to their native countries.”

Attorneys Andrew J. Levander and Theodore V. Wells Jr. said that many of the dealers from whom Steinhardt bought the items "made specific representations as to the dealers’ lawful title to the items, and to their alleged provenance.”

According to prosecutors, while complaining about a subpoena requesting documentation for an antiquity in May 2017, Steinhardt pointed to a small chest from Greece and said to an investigator, "You see this piece? There’s no provenance for it. If I see a piece and I like it, then I buy it.”

Many of the pieces Steinhardt acquired were removed from their countries of origin during times of war or civil unrest, prosecutors said.

The offices of Steinhardt's hedge fund and his Fifth Avenue apartment have been raided in recent years by Vance's investigators. The district attorney has made it a priority to track stolen works – seizing some from museums, private collections or auction houses – and return them to their rightful owners, including in Lebanon, Pakistan and Italy.

Steinhardt founded the hedge fund Steinhardt Partners in 1967 and closed it in 1995. He came out of retirement in 2004 to head Wisdom Tree Investments. Steinhardt is a major donor to institutions such as New York University and the Metropolitan Museum, which named a gallery after him.

The artifacts he has returned are estimated to be worth a total of about $70 million, the district attorney's office said.

Despite Steinhardt's "decadeslong indifference to the rights of peoples to their own sacred treasures," Vance said he had no immediate plans to prosecute the billionaire.

"The interests of justice prior to indictment and trial favor a resolution that ensures that a substantial portion of the damage to world cultural heritage will be undone, once and for all," he said.

"This agreement guarantees that 180 pieces will be returned expeditiously to their rightful owners in 11 countries rather than be held as evidence for the years necessary to complete the grand jury indictment, trial, potential conviction and sentence," Vance said.

Earlier this year, in September, a court in the U.S. rejected Turkish authorities' bid to retrieve the artifact believed to be smuggled out of the country decades ago.