'I had nowhere to go': Pandemic inflames violence against women 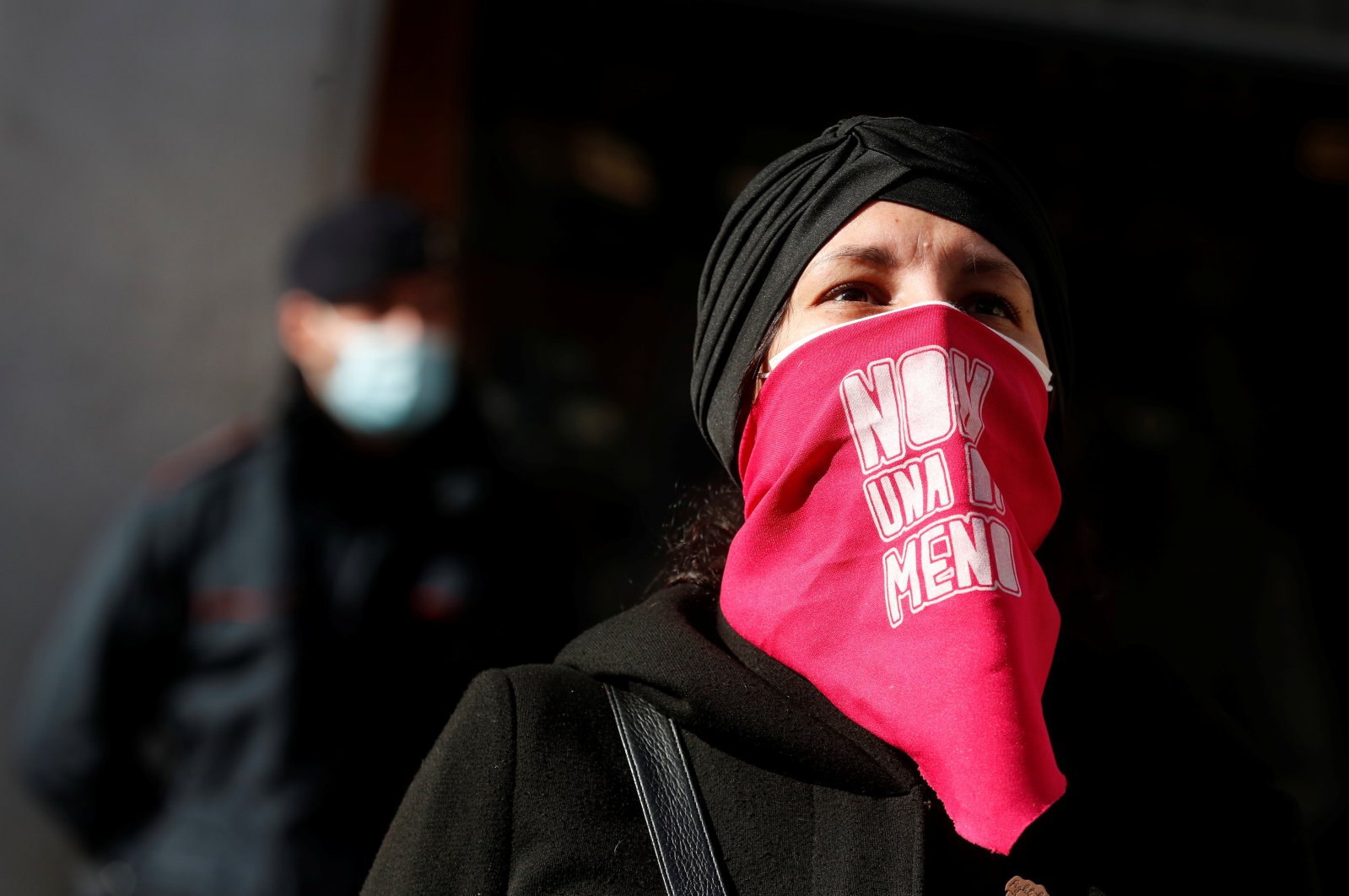 A woman attends a demonstration to mark the International Day for the Elimination of Violence against Women, in Rome, Italy, Nov. 25, 2020. (Reuters Photo)
by French Press Agency - AFP
Nov 25, 2020 1:52 pm

No country has been spared the coronavirus pandemic nor the scourge of domestic violence, which has surged during lockdowns, as today, Nov. 25, is marked as the International Day for the Elimination of Violence against Women.

Across the globe, the pandemic has aggravated the plague of sexual violence, evidenced by a spike in rapes in Nigeria and South Africa, increased numbers of women missing in Peru, higher rates of women being killed in Brazil and Mexico and overwhelmed associations fielding abuse incidents in Europe.

According to United Nations data released in late September, lockdowns have led to increases in complaints or calls to report domestic abuse of 25% in Argentina, 30% in Greek Cyprus and France and 33% in Singapore.

In essentially all countries, measures to limit the spread of the coronavirus have resulted in women and children being confined at home.

"The house is the most dangerous place for women," Moroccan associations noted in April as they pressed authorities for "an emergency response."

In India, Heena – not her real name – a 33-year-old cook who lives in Mumbai, said she felt "trapped in my house" with a husband who did not work, consumed drugs and was violent.

As she described what she had endured, she frequently broke down in tears.

After buying drugs, "he would spend the rest of his day either hooked to his phone playing PubG (PlayerUnknown's Battlegrounds) or beating me up and abusing me," she told Agence France-Presse (AFP) by telephone.

On Aug. 15, Heena's husband beat her worse than before, in front of their 7-year-old son, and threw her out of the house at 3 a.m.

"I had nowhere to go," she said. "I could barely move my body – he beat me to a pulp, my body was swollen."

Instead of going to the police, she made it to a friend's home and then to her parents.

She is now fighting for custody of her son, "but courts are not working in full capacity due to COVID."

She has not seen her son in four months, though he manages to call her in secret from time to time.

It is not just the courts that are hobbled by the virus. The closure of businesses and schools, as well as cultural and athletic activities, have deprived victims already weakened by economic insecurity of ways to escape violence.

Hanaa Edwar of the Iraqi Women's Network told AFP there had been "a dangerous deterioration in the socioeconomic situation for families following the lockdown, with more families going into poverty, which leads to violent reactions."

In Brazil, 648 murders of women were recorded in the first half of the year, a small increase from the same period in 2019 according to the Brazilian Forum for Public Security.

While the government has launched a campaign to encourage women to file complaints, the forum says that measures designed to help victims remain insufficient.

Worldwide, the United Nations says that only one country in eight has taken measures to lessen the pandemic's impact on women and children.

In Spain, victims could discreetly ask for help in pharmacies by using the code "mask-19," and some French associations established contact points in supermarkets.

"The women who came to us were in situations that had become unbearable, dangerous," said Sophie Cartron, assistant director of an association that worked in a shopping mall near Paris.

"The lockdown established a wall of silence," she said.

Mobilization on Nov. 25, the International Day for the Elimination of Violence Against Women, remains uncertain owing to restrictions linked to the COVID-19 pandemic.

"We will not be able to demonstrate to express our anger, or march together," said the Paris-based feminist group Family Planning. "But we will make ourselves heard all the same, virtually and visually."

Tamara Mathebula of the South African Commission for Gender Equality described a chronic "toxic masculinity" that was "everywhere you look."

"There are gender pay gaps which are widening and continue to widen during the Covid-19 pandemic," she told AFP.

"Gender-based violence worsened" as a result, she said, and the potential consequences were very serious.

In July, the U.N. estimated that six months of restrictions could result in 31 million additional cases of sexual violence in the world and 7 million unwanted pregnancies.

The situation was also undermining the fight against female genital mutilation and forced marriages, the U.N. warned.