Istanbul's Hagia Sophia continues to be home for Gli the cat 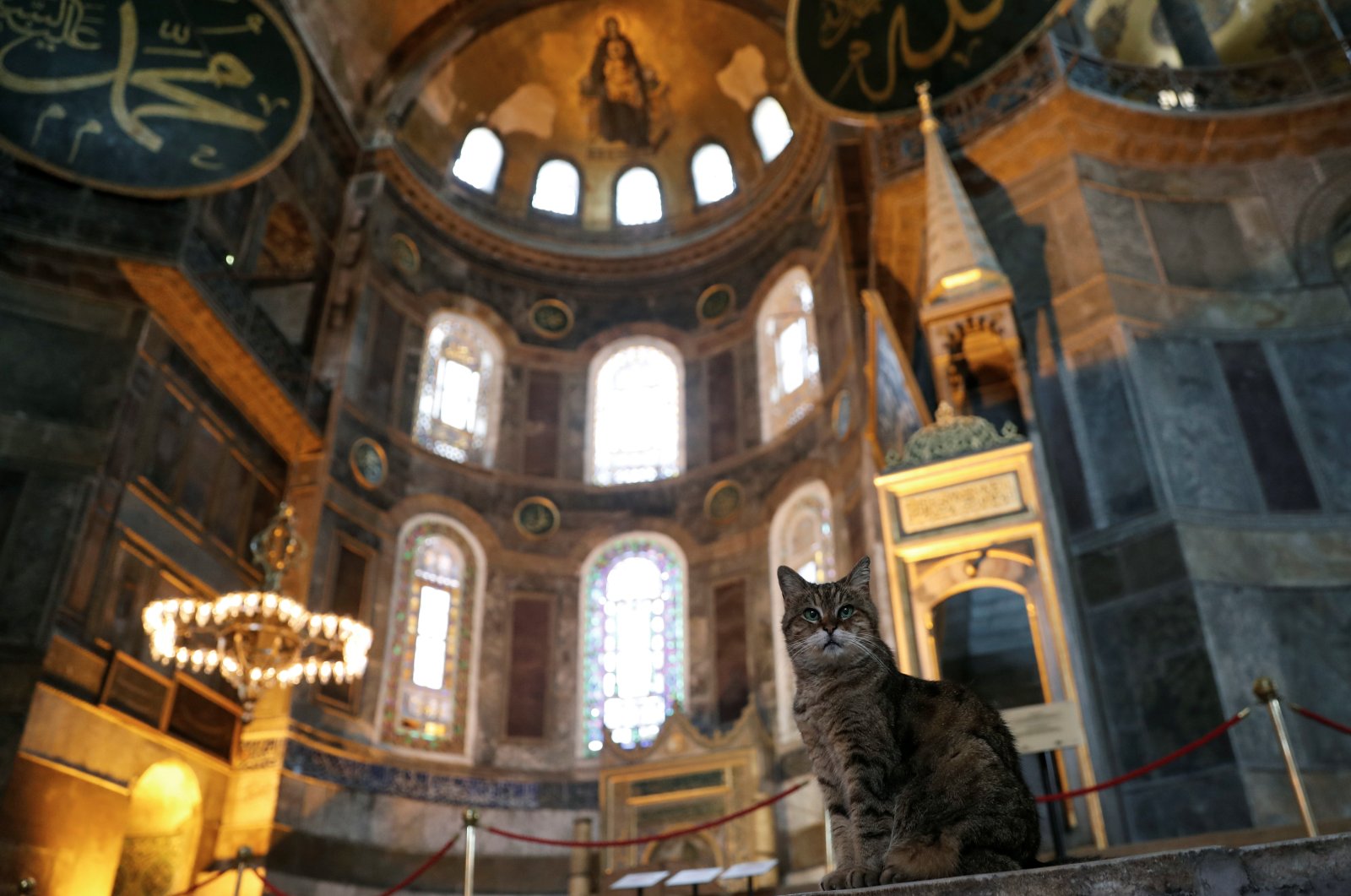 With thousands of Instagram followers and even a former U.S. president as a fan, Gli the cat is almost as famous as her home, Istanbul's ancient Hagia Sophia.

But with the decision to turn the museum back into a mosque, Turks have been wondering whether Gli will have to move out – with the question cropping up daily on local news outlets and social media.

The gray cat with shining green, crossed eyes, has become a favorite with visitors, including former U.S. President Barack Obama, who was filmed stroking her during a trip in 2009.

Authorities have made clear Hagia Sophia can remain as her home.

Ibrahim Kalin, Turkey's presidential spokesperson, told Reuters that Gli, as well as all other cats in the area, would stay where they were.

“That cat has become very famous, and there are others who haven't become that famous yet. That cat will be there, and all cats are welcome to our mosques,” he said.

The governor of Istanbul Ali Yerlikaya also shared a Twitter post for the cat, saying that it is "quite comfortable with its life," along with a video of Gli. "Don't you worry," Yerlikaya said in his tweet, ensuring people over the circumstances of the cat.

#Gli is very satisfied with his life.

That's bound to be good news for Umut Bahçeci, a tour guide who started an Instagram account for Gli four years ago and now has more than 48,000 followers. The account is filled with photos of the cat, some tagged by the tourists who meet her.

“I started noticing Gli every time I went (to Hagia Sophia) because Gli was posing for people like a model,” he told Reuters. “I get messages such as, 'Gli, we will come to Istanbul to see you.' This is truly a very nice feeling,” he said.