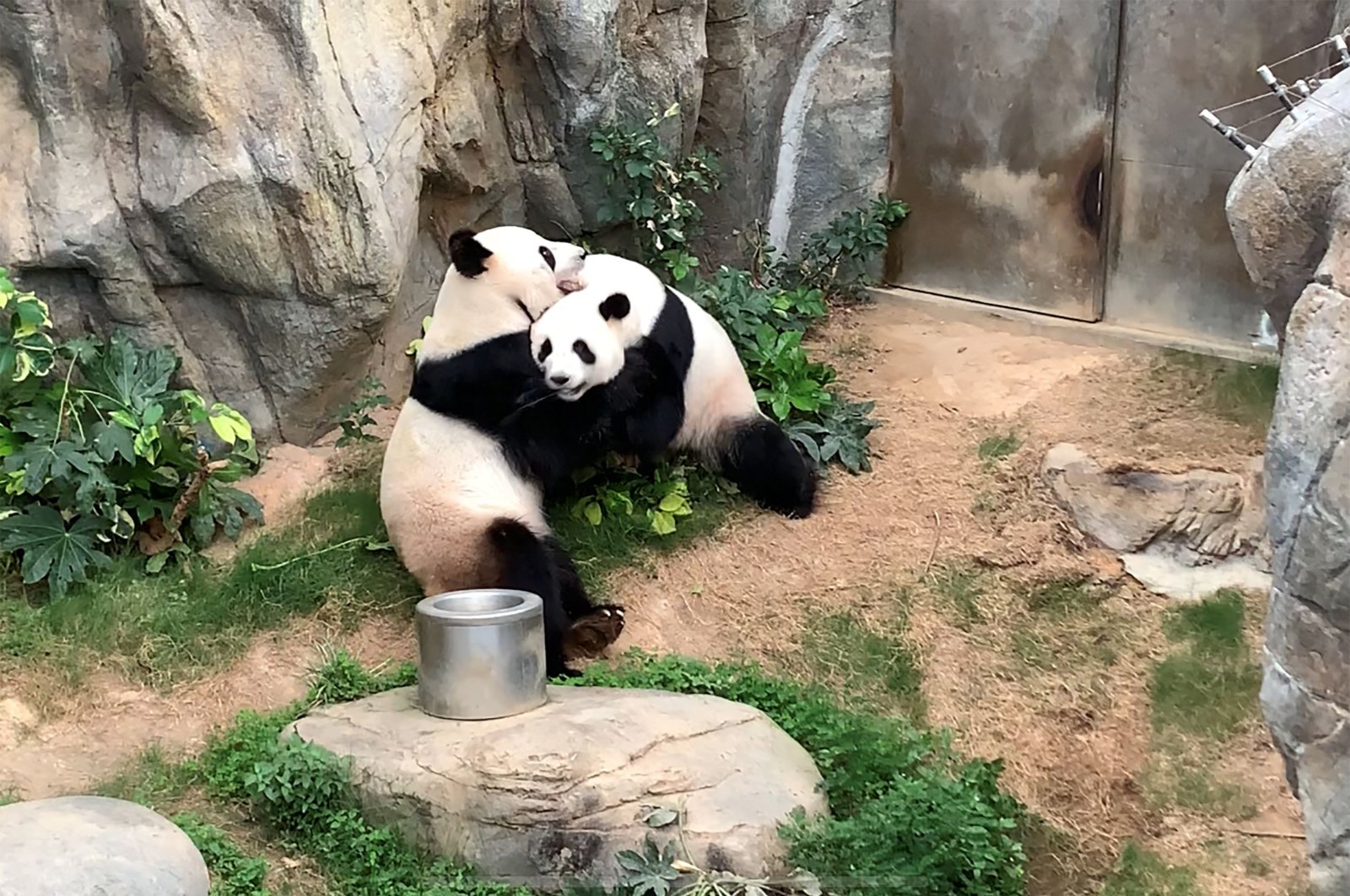 The officials of a Hong Kong zoo announced Monday that after 10 years of unsuccessful attempts to naturally mate two pandas, they finally did it when the zoo was shut down amid the coronavirus outbreak.

The news seemed to suggest that these pandas just needed a little bit of privacy.

Ying Ying and Le Le, longtime residents of Ocean Park in Hong Kong, started to show certain behaviors that were noted by staff after the park closed in late January due to the coronavirus outbreak.

According to the zoo’s press release, since late March, Ying Ying has begun spending more time playing in the water, while Le Le had been leaving scent-markings around his habitat and searching the area for Ying Ying's scent.

"The successful natural mating process today is extremely exciting for all of us, as the chance of pregnancy via natural mating is higher than by artificial insemination," Michael Boos, executive director for zoological operations and conservation at Ocean Park, said in a press release.

The officials of the zoo said that it is too early to tell whether a baby panda is on the way, however, Ying Ying is being kept under observation. Staff on a regular basis are monitoring body and behavioral changes of the potential mother.

"If successful, signs of pregnancy, including hormonal level fluctuations and behavioral changes may be observed as early as late June, though there is always a chance that Ying Ying could experience a pseudo-pregnancy," said Boos.

The IUCN Red List of Threatened Species announced that this is big news as pandas have been listed as “vulnerable.”

According to Ocean Park, only 1,800 giant pandas remain in their natural habitat.

"We hope to bear wonderful pregnancy news to Hong Kongers this year and make further contributions to the conservation of this vulnerable species," said Boos.

The gestation period for giant pandas ranges from 72 to 324 days. The zoo said they will share updates about Ying Ying's journey to motherhood.