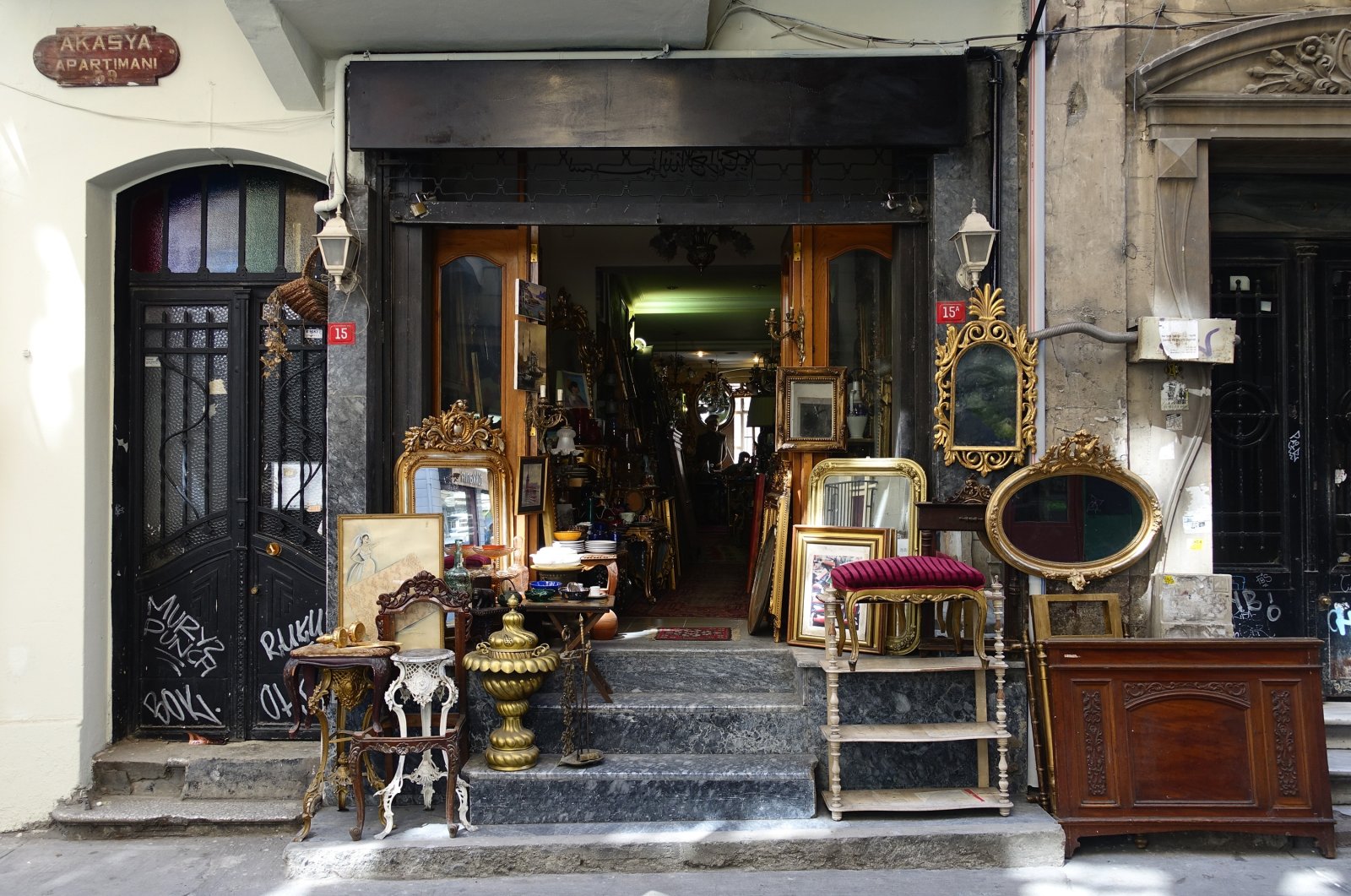 In the alleyways of Beyoğlu, there is a nondescript apartment door to a closet-like room full of books amassed by the American expatriate Linda Robinson, who lends and gifts to all freely from Istanbul’s literary surplus

I discovered Linda’s Book Room sometime after a seasoned writer from New York read a story I wrote on antique shops in Çukurcuma. He was a formidable character, who had written a book of note on the preservation of the most historic library in Manhattan, one of America’s founding institutions of public learning. I was surprised, to say the least, to receive a complimentary note from such a prestigious colleague. I had not exactly written on the beloved antiques district thinking it would wield much influence. It was through the mystery of words that we connected.

As a fellow expatriate, however, we soon became friends. His stories on libraries and their significance were influential, not only among bookworms and culturati. They rang with a clear message of awakening to the business elite that reading and its free dissemination are paramount and above capital profit. It was not long after our initial meetings when he directed me to a little-known place where the spirit of American libraries is kept, obscurely, in a neat corner of Istanbul’s old downtown in and among the Levantine apartments of Asmalı Mescit.

I connected with Linda Robinson via email. She maintained a gentle and generous tone of welcome and enthusiasm in our brief correspondence. Almost immediately, she sent a map of the storied neighborhood, where its complex of inner-city streets is a tangle of outmoded Italianate architecture. In the middle was the name, “Ebru.” And her, “book room,” as it is known, is open only by appointment. When the day came, I made my way, only to find that she could not be there.

In her stead was another American woman, significantly her senior. A jovial and gregarious sort, the woman introduced herself with a talkative candor. She appeared to be in her 70s and then divulged of having first arrived in Istanbul around 1968. She went on and on about how different the city was then, and all of the changes it has gone through since. She spoke of having come from Colorado, and from certain inferences, there were hints that she had an extended Turkish family, perhaps marrying into one.

She captivated my attention after those hesitant moments navigating the curious, fusty halls of the century buildings when I knocked on the door that read, “Ebru,” and began to enjoy her smiling company. She sat on a couch and exuded pride and satisfaction in the fact that she was sitting in the midst of a dizzying array of books. There were stacks to the ceiling, bookshelves and boxes filled to the brim and overloaded. Yet, as the woman kept on telling her story, I was swept away as by the pages of a memoir.

On cracked spines and stained leaves

Linda’s Book Room has a method to its madness. Most of the books in the bijou room are acquired from the deceased or those bibliophile collectors who have simply overburdened themselves and need space. Linda’s Book Room took them in like orphans, sheltering them so that they could go to a good home. Yet, not all of the books are mere leftovers. Some are quite valuable. And by some, I also mean, a lot. The shelves are divided into two main categories, lending and giveaways.

Because I had not been to Linda’s Book Room before and did not know when I might return, I decided to focus on the giveaways. Yet, the selections therein were canonical, perennial classics, and not only of the antiquarian stripe, obsolete and forgotten. I grabbed a copy of Jennifer Egan’s “A Visit to the Goon Squad,” a Pulitzer Prize-winning contemporary classic that broke the mold of Brooklyn’s literary circles with its fresh voice, that of a woman entwined in the wiles of an underground, alternative music scene.

In under an hour, I had perused a comprehensive span of almost every title in the room, the worn, secondhand bookshop smell fueling my inspiration to dig deeper. My arms were full with everything from Zadie Smith to Antonio Gramsci, and by the end of my Proustian search, my host, who had kindly replaced Linda on that day, although it was said that Linda wanted to be there, gave me a few bags. She encouraged me to take more, as many as I could carry. And I brought them back with me all the way across the Bosporus.

One of the precious peculiarities of the sahaf, or secondhand bookshop in Turkey, is to recover unsung accomplishments in literary translation from Turkish literature into English. In the case of Linda’s Book Room, I happened on a humorous cover which I thought to be nothing more than light romance, Ottoman-era pulp fiction. As I began to read, I noticed hints of profundity that struck me as more thoughtful than any mere commercial thriller. Although set amid the 17th-century intrigues of Topkapı Palace, it read like a specially keen modern allegory.

The author, Suzan Sözen, an antiques collector and dealer herself, had written novels prolifically throughout her life. The one I found at Linda’s Book Room, “The Forbidden Love,” was published in 1972, as her first English translation. The delicate copy I took was inscribed with a reader's note in 1981. The translator, Joseph S. Jacobson, professor of Turkish at the University of Utah's Middle East Center, wrote his translator's note in 1971. “Suzan Sözen is the first modern Turkish novelist to bring this portion of Ottoman History so vividly to life.”