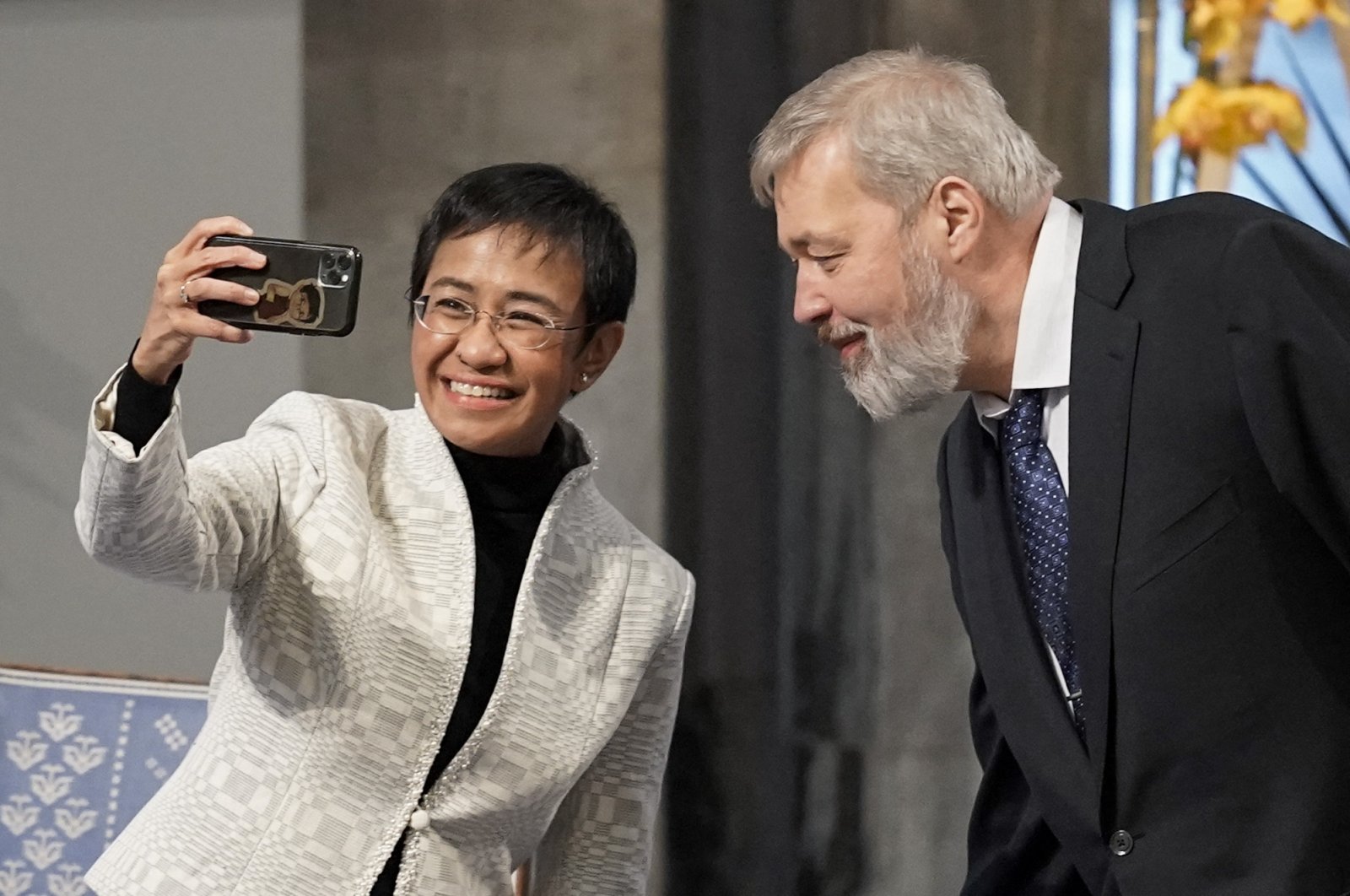 Nobel Peace Prize laureates Maria Ressa of the Philippines and Dmitry Muratov of Russia make a selfie during the gala award ceremony for the Nobel Peace prize, in Oslo, Norway, on Dec. 10, 2021. (AFP Photo)
by REUTERS Dec 10, 2021 3:48 pm
RECOMMENDED

Nobel Peace Prize laureates Maria Ressa and Dmitry Muratov, recognized for their fight for freedom of expression in the Philippines and Russia, will receive their awards at a ceremony in Oslo on Friday, despite Norway's high rate of COVID-19.

The journalists won the award at a time when free, independent and fact-based journalism is under fire, the Norwegian Nobel Committee said when announcing the peace prize in October.

The ceremony at Oslo City Hall will go ahead, but will have fewer guests than planned due to government restrictions put in place this week. Norway reported record daily COVID-19 infections on Thursday.

In Sweden, where infection rates are lower than in Norway, organizers in September canceled the in-person Nobel ceremonies for the second year running.

Instead, the 2021 laureates in Medicine, Physics, Chemistry, Literature and Economics, prizes all awarded in Sweden, received their diplomas and medals in their home countries, while the traditional Nobel lectures have all been given online.

Introducing the streamed Literature lecture by winner Abdulrazak Gurnah, Mats Malm, Permanent Secretary of the academy that awards the prize, noted how distance was a part of this year's prize-giving as well as a key element in the work of the author, who won for stories about colonialism and the fate of refugees in the gulf between cultures and continents.

"At this Nobel lecture, this issue of distance is particularly apparent," Malm said. "Our author has been recorded in England. This is a distance we will be able to bridge at a future point in time."

Ressa and Muratov are the first journalists to receive the prize since Germany's Carl von Ossietzky won the 1935 award for revealing his country's secret post-war rearmament program.