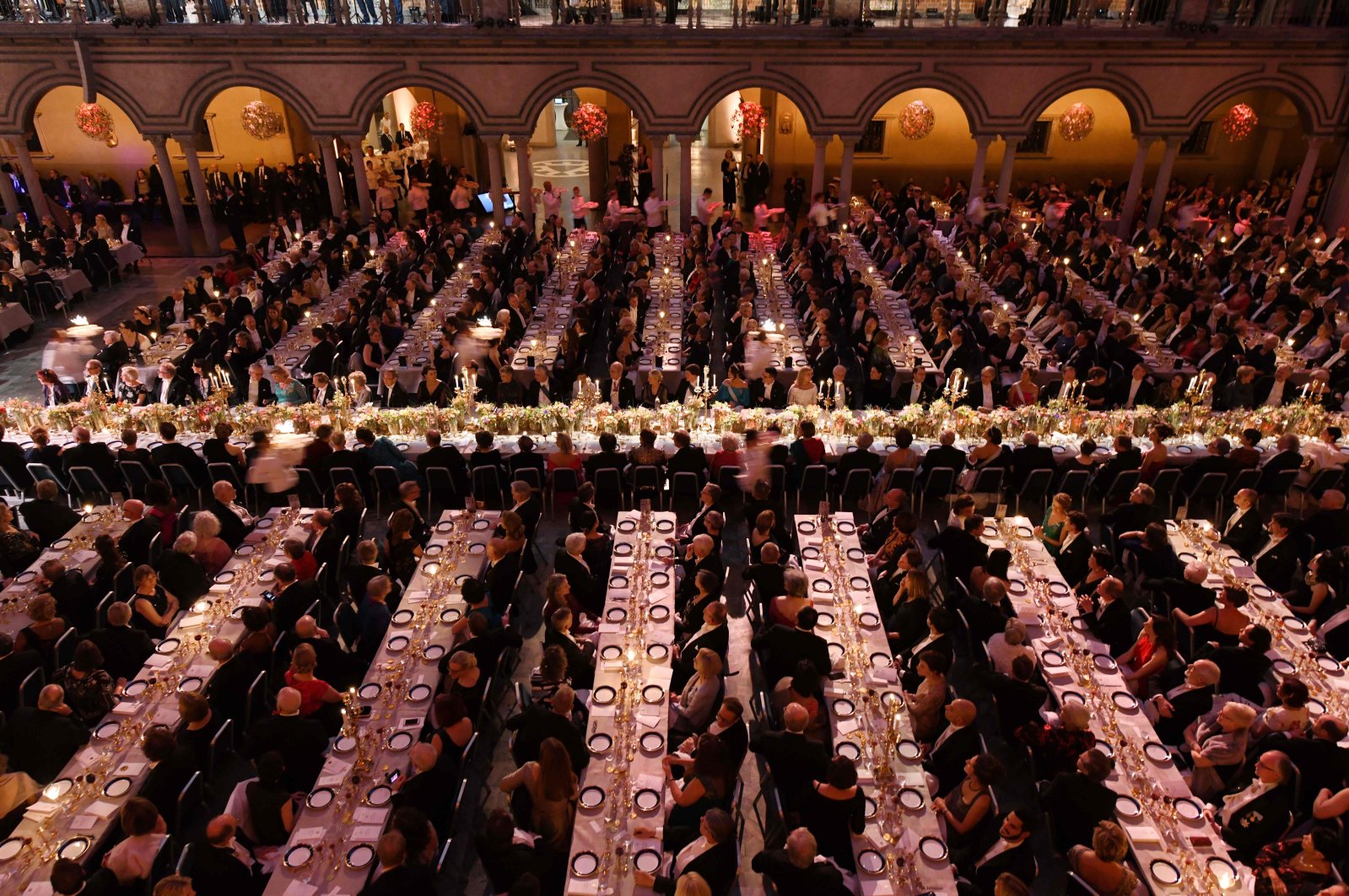 This file photo taken on December 10, 2019 shows guests waiting for the desserts during royal banquet to honour the laureates of the Nobel Prize 2019 following the Award ceremony in Stockholm, Sweden. (AFP Photo)
by French Press Agency - AFP Jul 22, 2020 9:06 am
RECOMMENDED

The Nobel Foundation, which manages the Nobel Prizes, on Tuesday canceled its traditional December banquet due to the COVID-19 pandemic, though the award ceremonies will still be held in "new forms."

This is the first time since 1956 that the banquet has been canceled, according to the foundation.

"The Nobel week will not be as it usually is due to the current pandemic. This is a very special year when everyone needs to make sacrifices and adapt to completely new circumstances," Lars Heikensten, director of the Nobel Foundation, said in a statement.

Heikensten added that the laureates would be highlighted in "different ways" along with "their discoveries and works."

The lavish Nobel Banquet traditionally marks the end of the so-called Nobel Week in December, when the year's prize winners are invited to Stockholm for talks and the award ceremony.

Housed in Stockholm's City Hall, the winners, together with the Swedish royal family and some 1,300 guests, are treated to a multi-course dinner and entertainment.

The winners, with the exception of the Peace Prize laureates who are honored in Oslo, also traditionally give a speech during this dinner.

The announcement of the prizes (Medicine, Physics, Chemistry, Literature, Peace, then Economics) will still be held scheduled between Oct. 5-12, the Foundation noted.

The award ceremonies in Stockholm and Oslo on Dec. 10 will also be held in "new forms."

The Nobel banquet was last canceled in 1956 to avoid inviting the Soviet ambassador because of the repression of the Hungarian Revolution, a Nobel Foundation spokeswoman said.

The banquet was also canceled during the two world wars and in 1907 and 1924.