Passengers on Hong Kong bus sleep during 'route to nowhere' 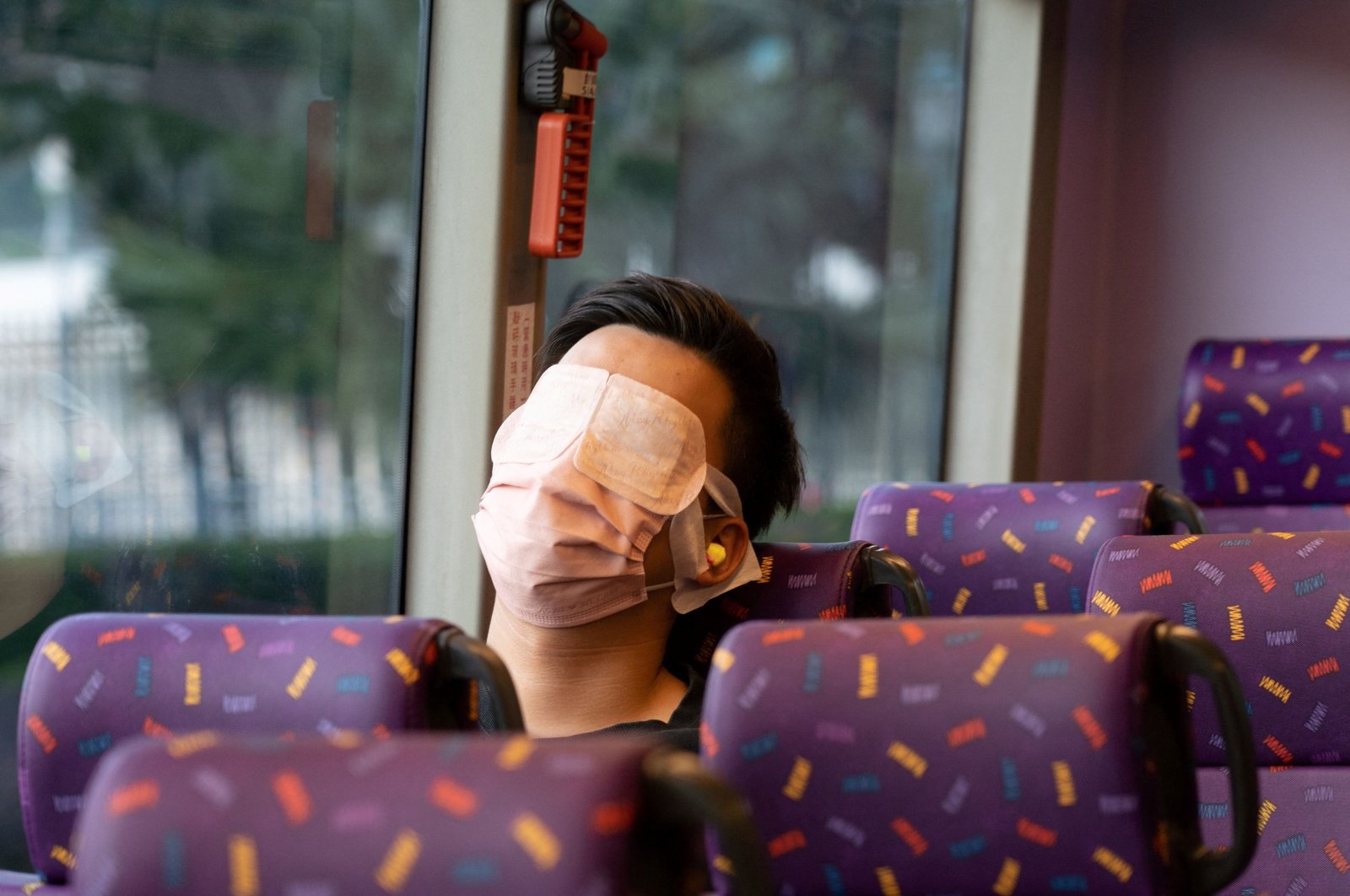 A passenger sleeps on a bus operated by a Hong Kong travel agency offering a five-hour "quiet bus" tour marketed as a "route to nowhere" for travel-craving and restless residents to snooze on board in Hong Kong, Nov. 14, 2021. (AFP Photo)
by French Press Agency - AFP Nov 23, 2021 4:13 pm
RECOMMENDED

Think of parents taking their children on a car tour to make them sleep. A bus company is applying a similar strategy but for adults.

Most of us will have experienced drifting off to sleep during a lengthy bus journey. But would you pay to do just that?

That's the idea behind a novel tour bus business in Hong Kong billing itself as a possible cure for insomnia.

On a recent sunny Sunday afternoon, about 70 passengers ranging from excitable infants to silver-haired retirees got on board two double deckers plying a "route to nowhere."

One was a "quiet bus" where people could sleep, the second was a more traditional sight-seeing option.

The 85-kilometer (52-mile) trip started in a bustling urban district and made its way mostly on coastal highways to the city's airport, which has seen a fraction of the usual traffic throughout the coronavirus pandemic.

While some passengers enjoyed the view, many adorned provided ear plugs and face masks and were soon fast asleep for the five-hour trip which includes stops at various scenic sites.

"I think everyone has experienced not being able to sleep at home but they can sleep very soundly on a bus as the bus swings and vibrates," passenger and quiet bus convert Ho Wai told Agence France-Presse (AFP) during the trip.

"Every Hong Konger has stress from work, from affording a flat, from life and now we can't go travelling," he added, referencing strict coronavirus quarantine rules that have kept Hong Kong largely cut off from the rest of the world.

"With all these stress adding up, I think a lot of Hong Kongers aren't sleeping well."

Fellow passenger Matthew Chick said he had been having trouble sleeping in recent weeks and decided to give the journey a go.

But he struggled to peel his eyes away from the view.

"The weather today is too good to be sleeping," the 29-year-old told AFP.

Frankie Chow, president of Ulu Travel and the entrepreneur who came up with the idea, said he tried to pick routes with as few traffic lights as possible to reduce stops that might wake passengers.

He sees the bus as serving two purposes – a potential nap for those struggling to sleep and also a bit of excitement for any Hong Kongers who want a bit of sightseeing at a time when the city is cut off internationally.

Hong Kong has maintained some of the world's harshest quarantine measures and travel restrictions during the pandemic.

The strategy has kept infections low but ensured a business hub that dubs itself "Asia's World City" has been cut off isolated for the past 20 months.

"In the past, I would go to the airport (for traveling) each month," a male passenger, who declined to give his name, told AFP.

"Aside from sleeping, this tour also gives us a sense of travelling."