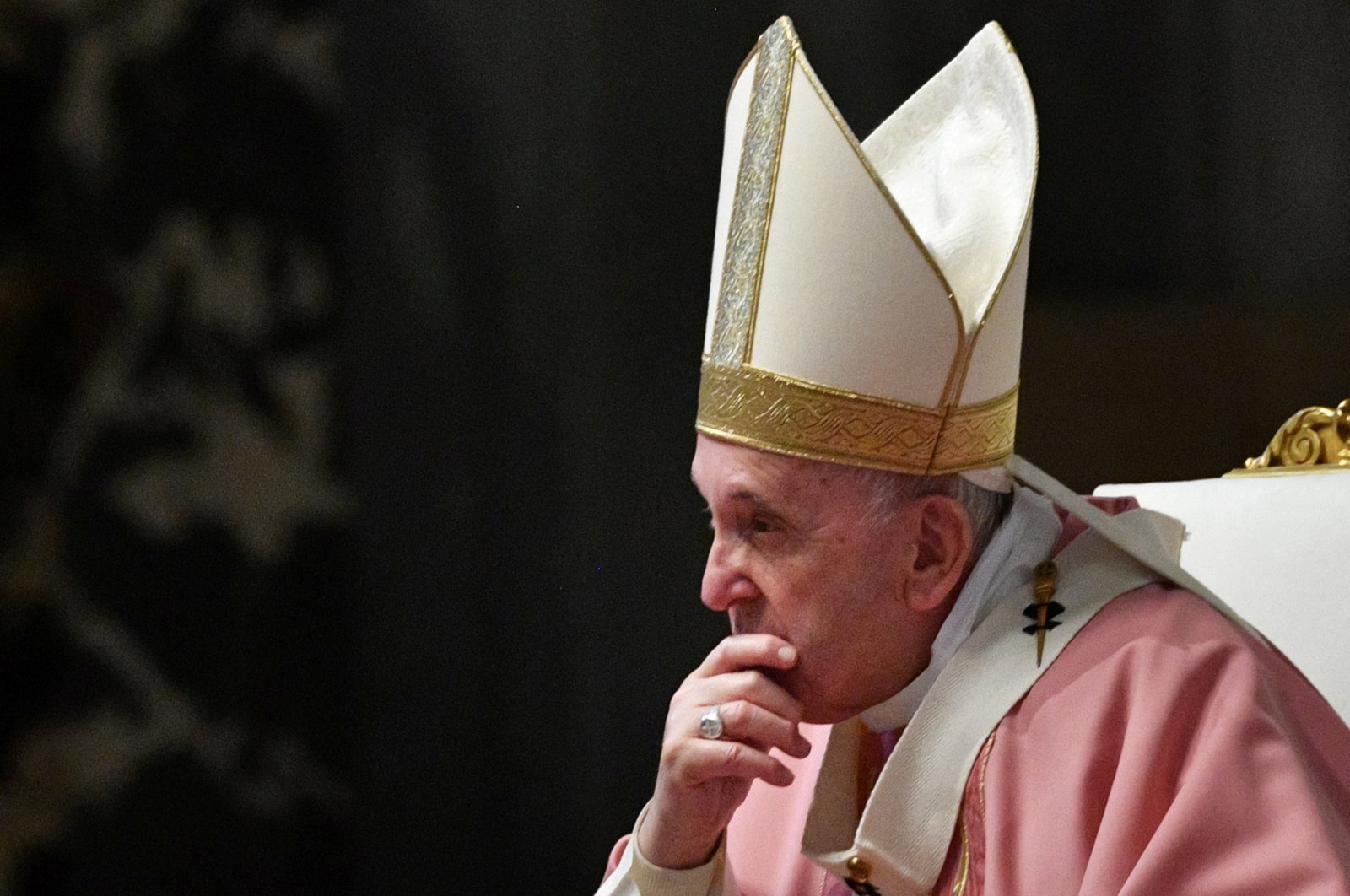 Pope Francis listens to Filipino Cardinal Luis Antonio Tagle during a mass to mark 500 years of Christianity in the Philippines, in St. Peter's Basilica at the Vatican, March 14, 2021. (Reuters Photo)
by Associated Press Mar 15, 2021 6:07 pm
RECOMMENDED

The Vatican’s orthodoxy office, the Congregation for the Doctrine of the Faith, issued a formal response Monday to a question about whether Catholic clergy have the authority to bless same-sex unions. The answer, contained in a two-page explanation published in seven languages and approved by Pope Francis, was "negative.”

The note distinguished between the church’s welcoming and blessing of gay people, which it upheld, but not their unions. It argued that such unions are not part of God's plan and that any such sacramental recognition could be confused with marriage, reported The Associated Press (AP).

The Vatican holds that gay people must be treated with dignity and respect, but that gay sex is "intrinsically disordered.” Catholic teaching holds that marriage, a lifelong union between a man and woman, is part of God’s plan and is intended for the sake of creating new life. Since gay unions aren't intended to be part of that plan, they can't be blessed by the church, the document said.

"The presence in such relationships of positive elements, which are in themselves to be valued and appreciated, cannot justify these relationships and render them legitimate objects of an ecclesial blessing, since the positive elements exist within the context of a union not ordered to the Creator’s plan,” the response said.

God "does not and cannot bless sin: He blesses sinful man, so that he may recognize that he is part of his plan of love and allow himself to be changed by him,” it said.

Francis has endorsed providing gay couples with legal protections in same-sex unions, but that was in reference to the civil sphere, not within the church. Those comments were made during a 2019 interview with a Mexican broadcaster, Televisa, but were cut by the Vatican until they appeared in a documentary last year.

In the new document and an accompanying unsigned article, the Vatican said questions had been raised about whether the church should bless same-sex unions in a sacramental way in recent years, and after Francis had insisted on the need to better welcome and accompany gays in the church.

In the article, the Vatican stressed the "fundamental and decisive distinction” between gay individuals and gay unions, noting that "the negative judgment on the blessing of unions of persons of the same sex does not imply a judgment on persons.”

However, it explained the rationale for forbidding a blessing of such unions, noting that any union that involves sexual activity outside of marriage cannot be blessed because it is not in a state of grace, or "ordered to both receive and express the good that is pronounced and given by the blessing.”

It added that blessing a same-sex union could give the impression of a sort of sacramental equivalence to marriage. "This would be erroneous and misleading,” the article said.