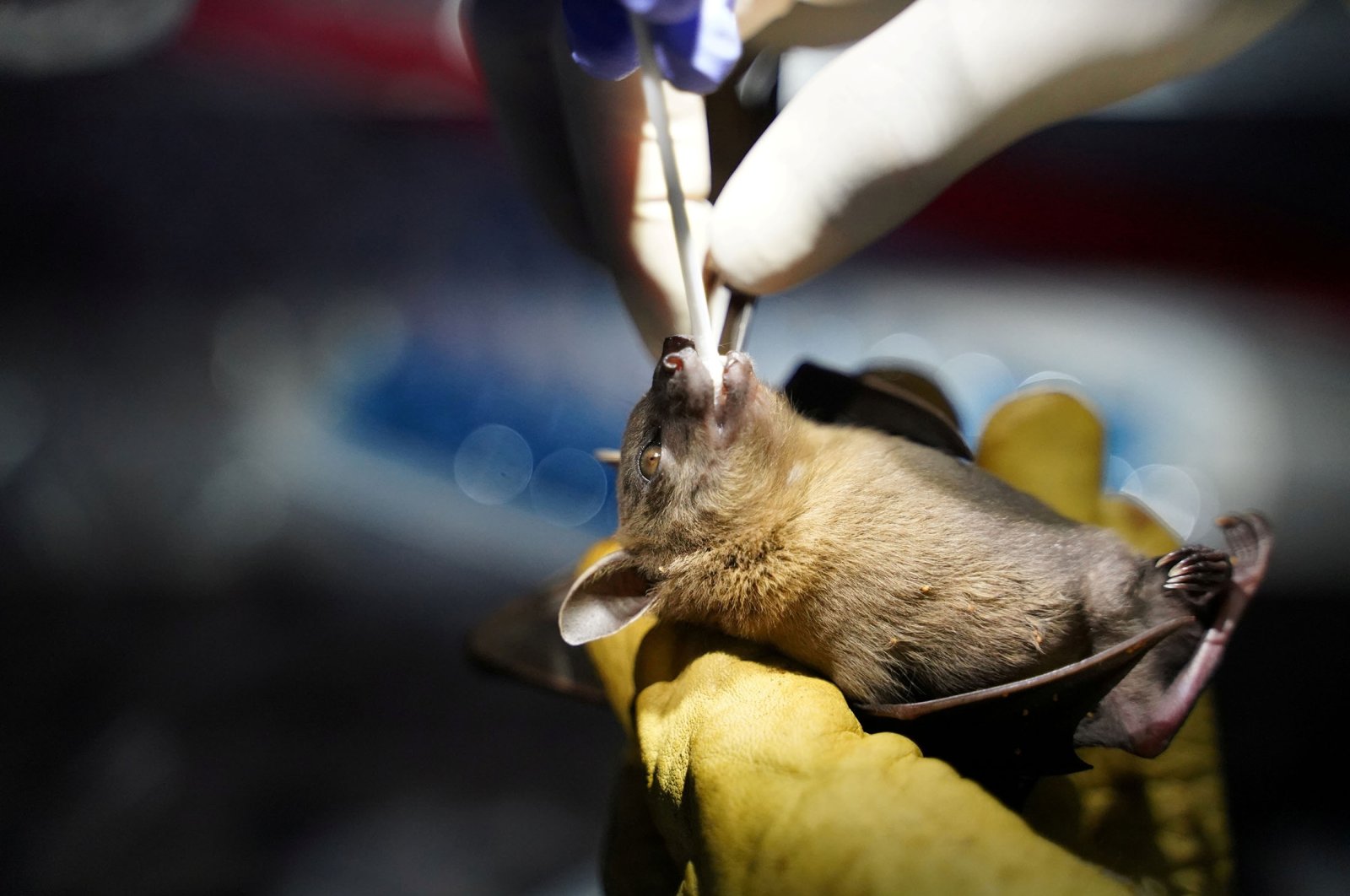 A researcher from the Institut Pasteur du Cambodge takes an oral swab from a bat that was captured at Chhngauk Hill in Thala Borivat District, Steung Treng Province, Cambodia, Aug. 30, 2021. (Reuters Photo)
by Reuters Sep 20, 2021 10:51 am
RECOMMENDED

Researchers in northern Cambodia have been on a mission to collect samples from bats, as they try to understand the origins of the coronavirus pandemic by tracking down a very similar virus that had been discovered in the animals of the region a decade ago.

Two samples from horseshoe bats were collected in 2010 in the Stung Treng province near Laos and kept in freezers at the Institut Pasteur du Cambodge (IPC) in Phnom Penh.

Tests done on them last year revealed a close relative to the coronavirus that has killed more than 4.6 million people worldwide.

An eight-member IPC research team has been collecting samples from bats and logging their species, sex, age and other details for a week. Similar research is going on in the Philippines.

"We hope that the result from this study can help the world to have a better understanding about COVID-19," field coordinator Thavry Hoem told Reuters, as she held a net to catch bats.

Host species such as bats typically display no symptoms of pathogens, but these can be devastating if transmitted to humans or other animals.

Dr. Veasna Duong, head of virology at the IPC, said his institute had made four such trips in the past two years, hoping for clues about the origin and evolution of the bat-borne virus.

"We want to find out whether the virus is still there and ... to know how the virus has evolved," he told Reuters.

But Veasna Duong said humans were responsible for the devastation caused by COVID-19, due to interference and destruction of natural habitats.

"If we try to be near wildlife, the chances of getting the virus carried by wildlife are more than normal. The chances of the virus transforming to infect humans are also more," he said.

The French-funded project also aims to look at how the wildlife trade could be playing a part, said Julia Guillebaud, a research engineer at the IPC's virology unit.

"(The project) aims to provide new knowledge on wild meat trade chains in Cambodia, document the diversity of betacoronaviruses circulating through these chains, and develop a flexible and integrated early-detection system of viral spill-over events," Gillebaud said.