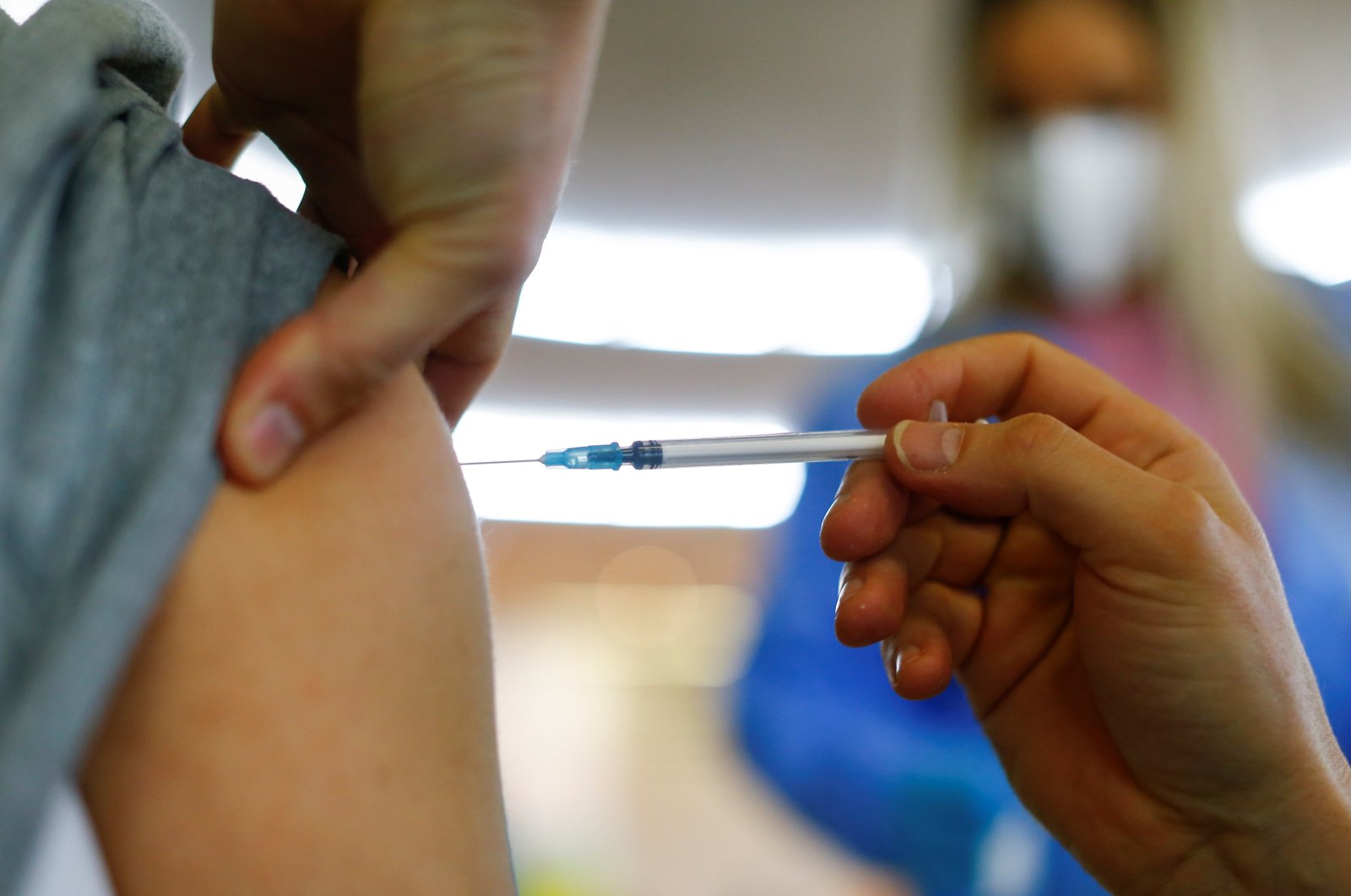 A person receives a dose of the Pfizer-BioNTech COVID-19 vaccine in the Central Mosque in the suburb of Ehrenfeld in Cologne, Germany, May 8, 2021. (Reuters Photo)
by French Press Agency - AFP May 10, 2021 8:23 pm
RECOMMENDED

As more and more vaccines have been approved for use across the globe, the issue of COVID-19 variants has been quietly rising in the background with questions on whether jabs would be effective against current and future variants of the virus. BioNTech answered that question Monday as it said its vaccine did not require any modifications to fight mutations.

"To date, there is no evidence that an adaptation of BioNTech's current COVID-19 vaccine against key identified emerging variants is necessary," the German firm said in a statement concerning its vaccine, co-developed with Pfizer, as it also announced new plans to ramp up production of the jabs.

Nevertheless, in preparations for a need at some point to make tweaks to its current vaccine, the company said it began tests in March on a "modified, variant-specific version" of its jabs.

"The aim of this study is to explore the regulatory pathway that BioNTech and Pfizer would pursue if SARS-CoV-2 were to change enough to require an updated vaccine," it said.

An assessment is also ongoing on whether a possible third dose could prolong immunity and protect against variants.

BioNTech's Turkish German chief executive Uğur Şahin had said in April that the vaccine works against the Indian variant.

The jab developed by BioNTech and Pfizer was the first to win authorization in the West and has since been deployed in dozens of countries worldwide.

It is now supplying more than 90 countries worldwide and is expecting to ramp up its production to up to 3 billion doses by the end of the year from 2.5 billion doses expected previously.

BioNTech said in a separate statement Monday that it was setting up a production facility in Singapore, its first outside Europe, to produce hundreds of millions of mRNA vaccines a year.

BioNTech's partner Pfizer operates production sites in the United States as well as in Belgium.

In a bid to rapidly raise global production capacities to cope with huge global demand for their COVID-19 vaccine, BioNTech and Pfizer have engaged in licensing and manufacturing partnerships with other pharmaceutical companies such as Merck, Novartis and Sanofi.

The latest of such cooperations involves a unit of China's Shanghai Fosun Pharmaceutical, which has agreed a $200 million joint venture with BioNTech to make COVID-19 vaccines.

Fosun said late Sunday that the joint venture firm for manufacturing and commercializing the vaccines will be owned 50% by each company.

Both BioNTech and Pfizer have argued that the extension of such cooperation is what would help ensure a wider supply of vaccines, and not a patent waiver as the United States has sought.

Reiterating the argument, Şahin told journalists Monday that BioNTech believes that "together with other vaccines developers, in the next 9 to 12 months there will be more than enough vaccines produced."

"There is absolutely no need for waiving patents," he said.

Amid the huge demand for its vaccines, BioNTech said its first quarter profits soared to 1.1 billion euros ($1.3 billion), compared to a 53.4 million euros loss in the same period last year.

It added that estimated revenues from COVID-19 vaccines upon delivery of currently signed contracts of around 1.8 billion doses would reach 12.4 billion euros.