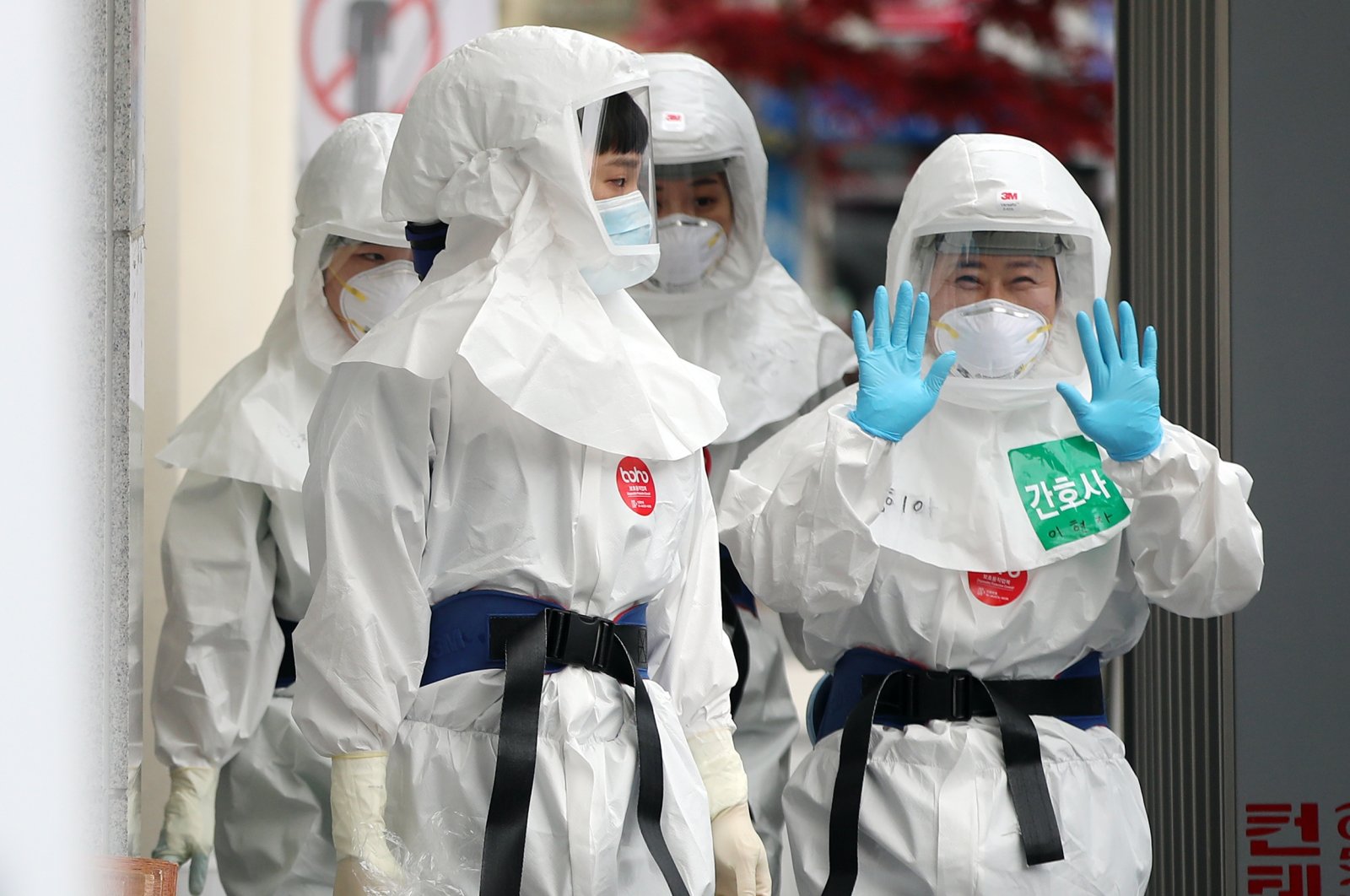 Medical workers prepare to start their shift caring for patients with the coronavirus at Dongsan Hospital in the southeastern city of Daegu, South Korea, April 19, 2020. (Reuters Photo)
by REUTERS Aug 26, 2020 11:24 am
Edited By Yasemin Nicola Sakay
RECOMMENDED

The cases of two European patients confirmed to have been reinfected with COVID-19 have once again raised concerns about people’s immunity to the coronavirus as the world struggles to tame the pandemic.

The cases, in Belgium and the Netherlands, follow a report this week by researchers in Hong Kong about a man there who had contracted a different strain of the virus four and a half months after being declared recovered – the first such second infection to be documented. That has raised fears about the efficacy of potential vaccines against the virus, which has killed over 800,000 people, though experts say there would need to be many more cases of reinfection for these to be justified.

Belgian virologist Marc Van Ranst said the Belgian case was a woman who had contracted COVID-19 for the first time in March and then again with a different coronavirus strain in June. Further cases of reinfection were likely to surface, he said.

Van Ranst told Reuters TV the woman, in her 50s, had very few antibodies after the first infection, although they might have limited the effects of the sickness. Reinfection cases were probably limited exceptions, he said, although it was too soon to tell and many were likely to surface in the coming weeks. He added that the coronavirus appeared more stable than the influenza virus, but it was changing.

“Viruses mutate and that means that a potential vaccine is not going to be a vaccine that will last forever, for 10 years, probably not even five years. Just as for flu, this will have to be redesigned quite regularly,” he said.

Van Ranst, who sits on some Belgian COVID-19 committees, said vaccine designers would not be surprised.

“We would have loved the virus to be more stable than it is, but you can’t force nature," he said.

The National Institute for Public Health in the Netherlands said it had also observed a Dutch case of reinfection with a different strain of the virus.

“It is clear there has been a first and a second infection with a substantial quantity of virus. Enough to be able to determine the genetic code of the virus, that is what showed they were indeed different,” said Marion Koopmans, a leading virologist in the Netherlands and a member of the World Health Organization’s (WHO) scientific advisory group. She added the elderly Dutch patient had a weakened immune system, which explained the patient’s situation.

“People are worried and ask if reinfection is ‘standard.’ I don’t think it is,” she added.

WHO spokeswoman Margaret Harris told a United Nations briefing in Geneva regarding the Hong Kong case that, while there were anecdotal reports of reinfections, it was important to have clear documentation.

Some experts say it is likely that such cases are starting to emerge because of greater testing worldwide, rather than because the virus may be spreading differently. Still, Dr. David Strain, a clinical senior lecturer at the University of Exeter and chair of the British Medical Association’s medical academic staff committee, said the cases were worrying for at least two reasons.

“The first is that it suggests that previous infection is not protective. The second is that it raises the possibility that vaccinations may not provide the hope that we have been waiting for," he said.