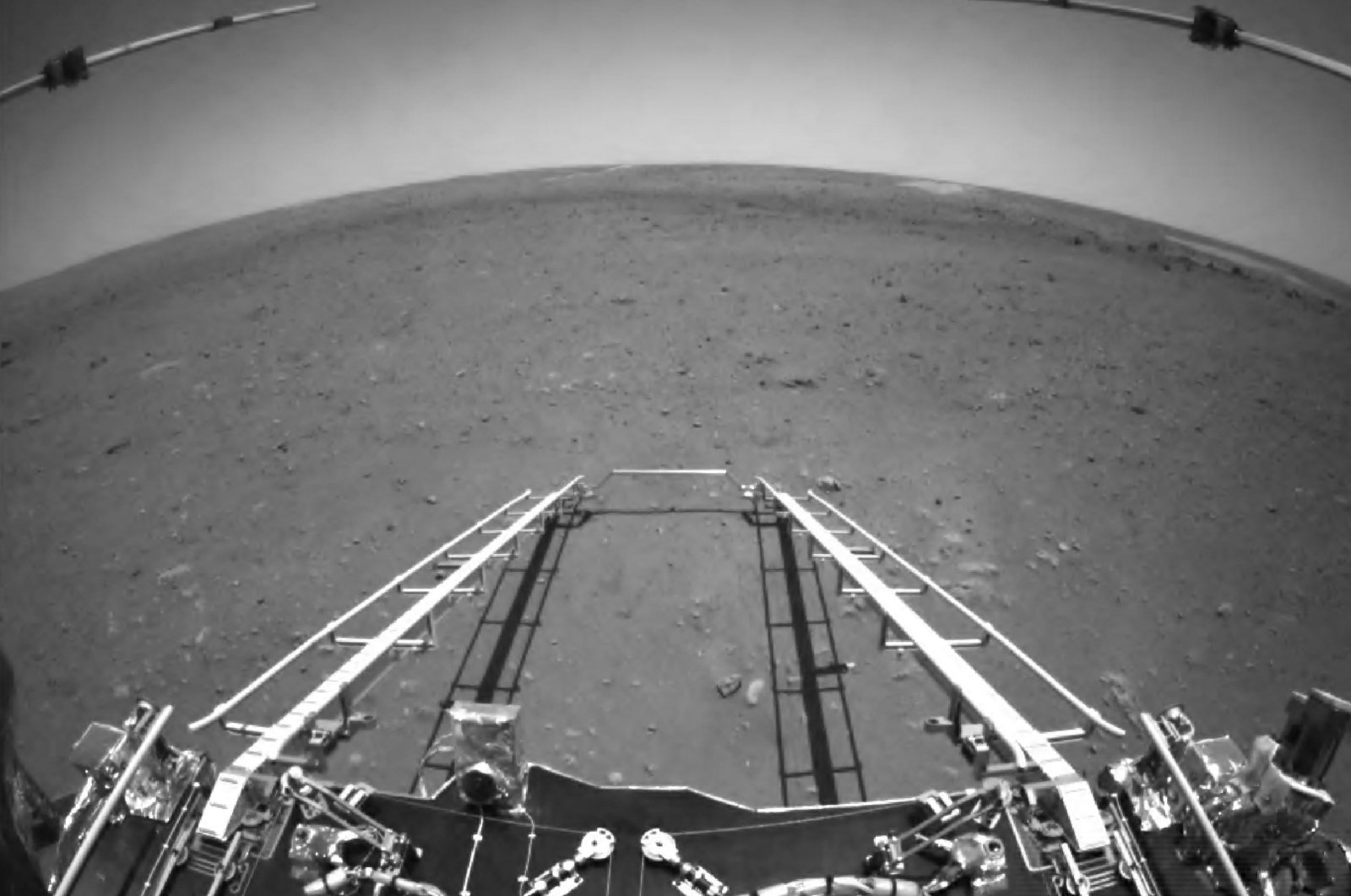 This picture released on May 19, 202 by the China National Space Administration (CNSA) via CNS shows an image taken by the Zhurong rover on the surface of Mars. (AFP Photo)
by German Press Agency - DPA May 19, 2021 6:24 pm
RECOMMENDED

China’s Zhurong rover transmitted its first photographs from Mars back to Earth after landing on the red planet over the weekend, China National Space Administration (CNSA) said Wednesday.

All systems were operating normally, state media reported. One of the images shows the rover briefly after landing on the red planet, while another shows the separation of Zhurong from the Tianwen-1 spacecraft, according to China's space agency.

The landing module touched down on the surface of Mars on Saturday, making China the second country to land successfully on Earth's neighbor.

Tianwen-1 took off from Earth on July 23 and reached orbit in February.

The flight was one of the most difficult that China has ever undertaken. The landing was a major challenge, as Mars has its own atmosphere, unlike the moon.

If all goes to plan, the Zhurong rover, named after the Chinese god of fire, will investigate the Red Planet for at least three months.

With its first Mars landing, new space power China wants to catch up with the United States, which has already sent several research devices to roam the planet.

Beijing has steadily expanded its space program over the past few years and has missions planned for decades into the future.

After several successful flights to the moon, China began building its own space station at the end of April.

The 22-ton Tianhe, which is to form the core module of the space station, was brought up by a rocket at that time. It is expected to be completed around 2022.

On Wednesday, preparations were underway for the imminent launch of a cargo rocket to transport supplies and fuel to the core module, the second of 11 flights in total needed to complete the space station.