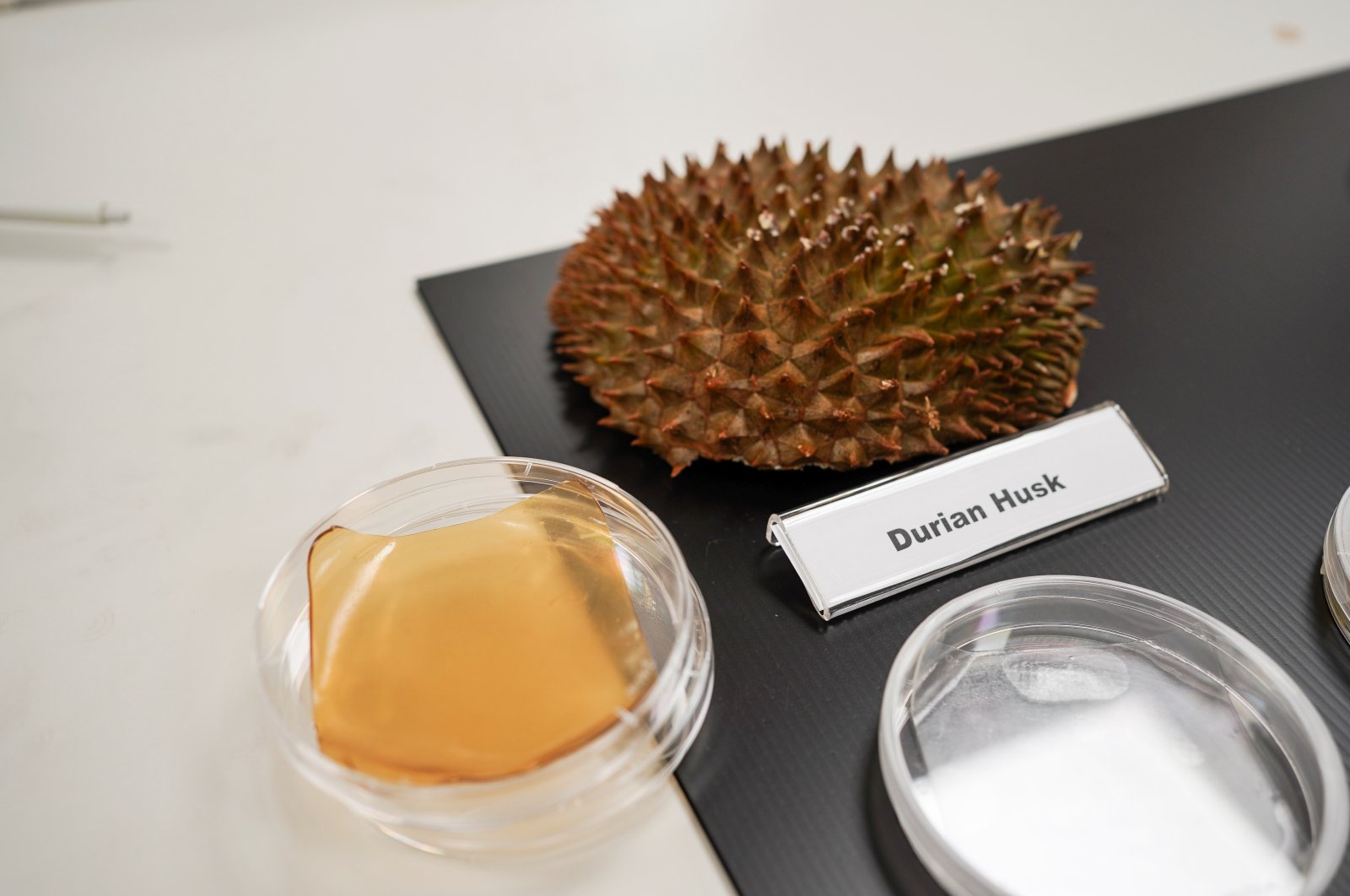 Durian husk and petri dish containing cellulose hydrogel sheet made out of durian husk with yeast phenolics are seen in Singapore, Sept. 16, 2021. (Reuters Photo)
by Reuters Sep 20, 2021 11:45 am
RECOMMENDED

Food waste is an increasingly significant issue around the world and tackling it is not always as easy. Many probable, and some intriguing, solutions have been tabled over the years, and one particular case by scientists at Nanyang Technological University (NTU) in Singapore piques the curiosity: Turning discarded durian husks into antibacterial gel bandages.

The process extracts cellulose powder from the fruit's husks after they are sliced and freeze-dried, then mixes it with glycerol. This mixture becomes a soft hydrogel, which is then cut into bandage strips.

"In Singapore, we consume about 12 million durians a year, so besides the flesh, we can't do much about the husk and the seeds, and this causes environmental pollution," said professor William Chen, director of the food science and technology program at NTU.

The fruit's husks, which make up more than half of the composition of durians, are usually discarded and incinerated, contributing to environmental waste.

Chen added that the technology can also turn other food waste, such as soy beans and spent grains, into hydrogel, helping limit the country's food waste.

Compared to conventional bandages, the organo-hydrogel bandages are also able to keep wound areas cooler and moist, which can help accelerate healing.

The researchers say using waste materials and yeast for the antimicrobial bandages is more cost effective than the production of conventional bandages, whose antimicrobial properties come from more expensive metallic compounds like silver or copper ions.

A durian wholesaler, Tan Eng Chuan, said he goes through at least 30 crates of durians a day during durian season – nearly two tons.

Being able to use the parts of the fruit that are ordinarily discarded, he said, is an innovation that will make enjoying it "more sustainable."