Meet the 4 members of the first all-civilian spaceflight crew 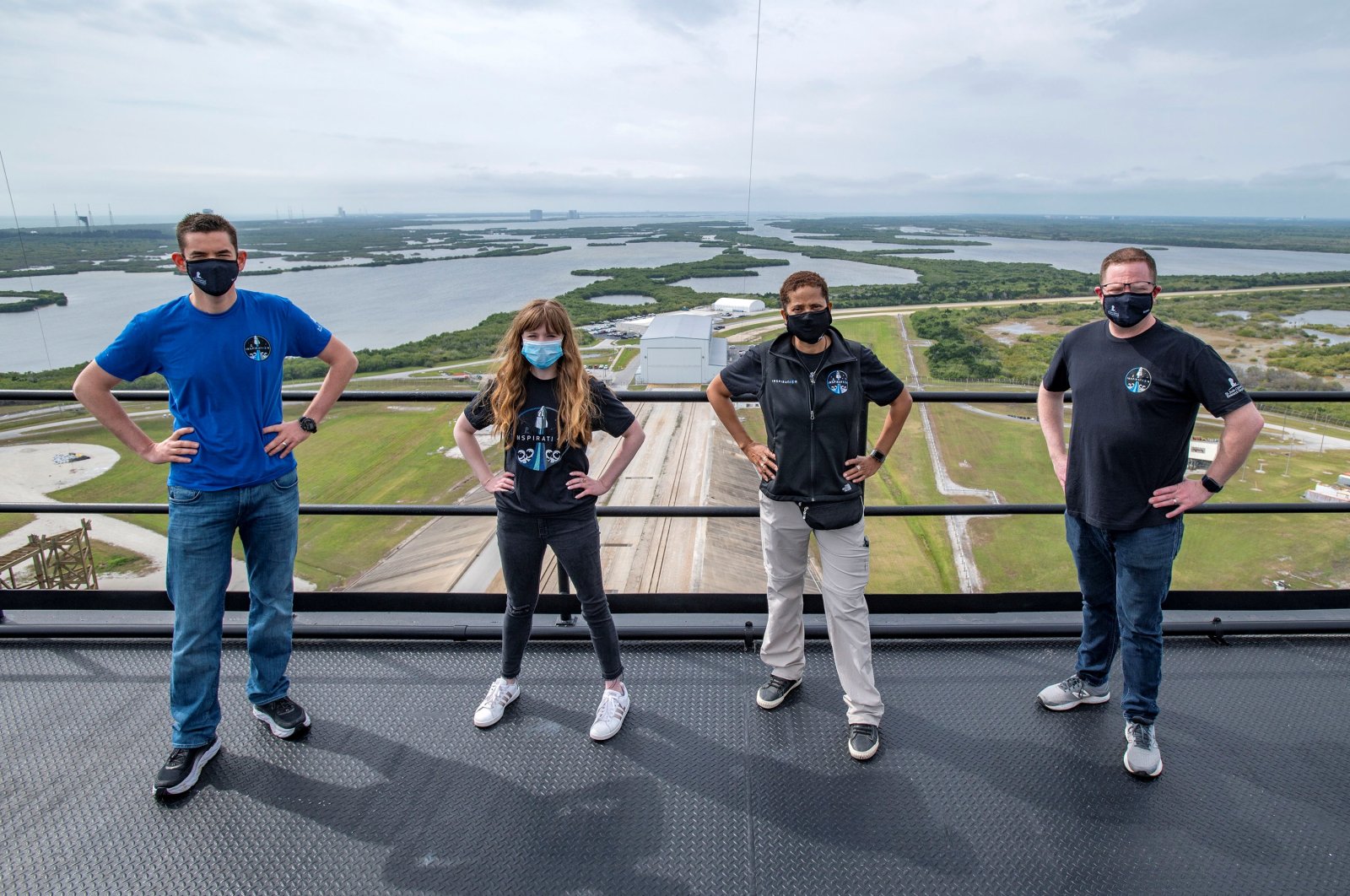 Four lucky people have been chosen to be members of the first all-civilian crew of astronauts to man a SpaceX spacecraft to be launched into orbit later this year, cementing their place in history.

The final two members were introduced Tuesday at a news briefing live-streamed from the Kennedy Space Center in Florida by SpaceX human spaceflight chief Benji Reed and billionaire entrepreneur Jared Isaacman, who conceived the mission in part as a charity drive.

Isaacman, founder and CEO of the e-commerce firm Shift4 Payments, is forking over an unspecified but presumably exorbitant sum to fellow billionaire and SpaceX owner Elon Musk to fly himself and three others into orbit aboard a SpaceX Crew Dragon capsule.

The flight, scheduled for no earlier than Sept. 15, is expected to last three to four days from launch to splashdown.

"When this mission is complete, people are going to look at it and say this was the first time that everyday people could go to space," Isaacman, 38, told reporters.

Dubbed Inspiration4, the mission is designed primarily to raise awareness and support for one of Isaacman's favorite causes, St. Jude Children's Research Hospital, a leading pediatric cancer center. He has pledged $100 million personally to the institute. Assuming the role of mission "commander," Isaacman in February designated St. Jude physician's assistant Haley Arceneaux, 29, a bone cancer survivor and onetime patient at the Tennessee-based hospital, as his first crewmate.

Chris Sembroski, 41, a Seattle-area aerospace industry employee and U.S. Air Force veteran, was selected through a sweepstake that drew 72,000 applicants and has raised $113 million in St. Jude donations.

Sian Proctor, 51, a geoscience professor at South Mountain Community College in Phoenix, Arizona, and entrepreneur who was once a NASA astronaut candidate, was chosen separately through an online business contest run by Shift4 Payments.

All four will undergo extensive training modeled after the curriculum NASA astronauts use to prepare for SpaceX missions.

The Inspiration4 mission may mark a new era in spaceflight, but it is not the only all-civilian crewed rocket launch in the works. British billionaire Richard Branson's Virgin Galactic enterprise is developing a spaceplane to carry paying customers on suborbital excursions. SpaceX plans a separate launch, possibly next year, of a retired NASA astronaut, a former Israeli fighter pilot and two other people in conjunction with Houston-based private spaceflight company Axiom Space.

Musk also intends to fly Japanese billionaire Yusaku Maezawa around the moon in 2023. Fees charged for those flights will help finance the development of Musk's new, heavy-lift Starship rocket for missions to the moon and Mars.

Inspiration4 is about more than a billionaire's joyride through space, organizers say, promising the crew will conduct a number of as-yet-undetermined science experiments during its brief voyage.