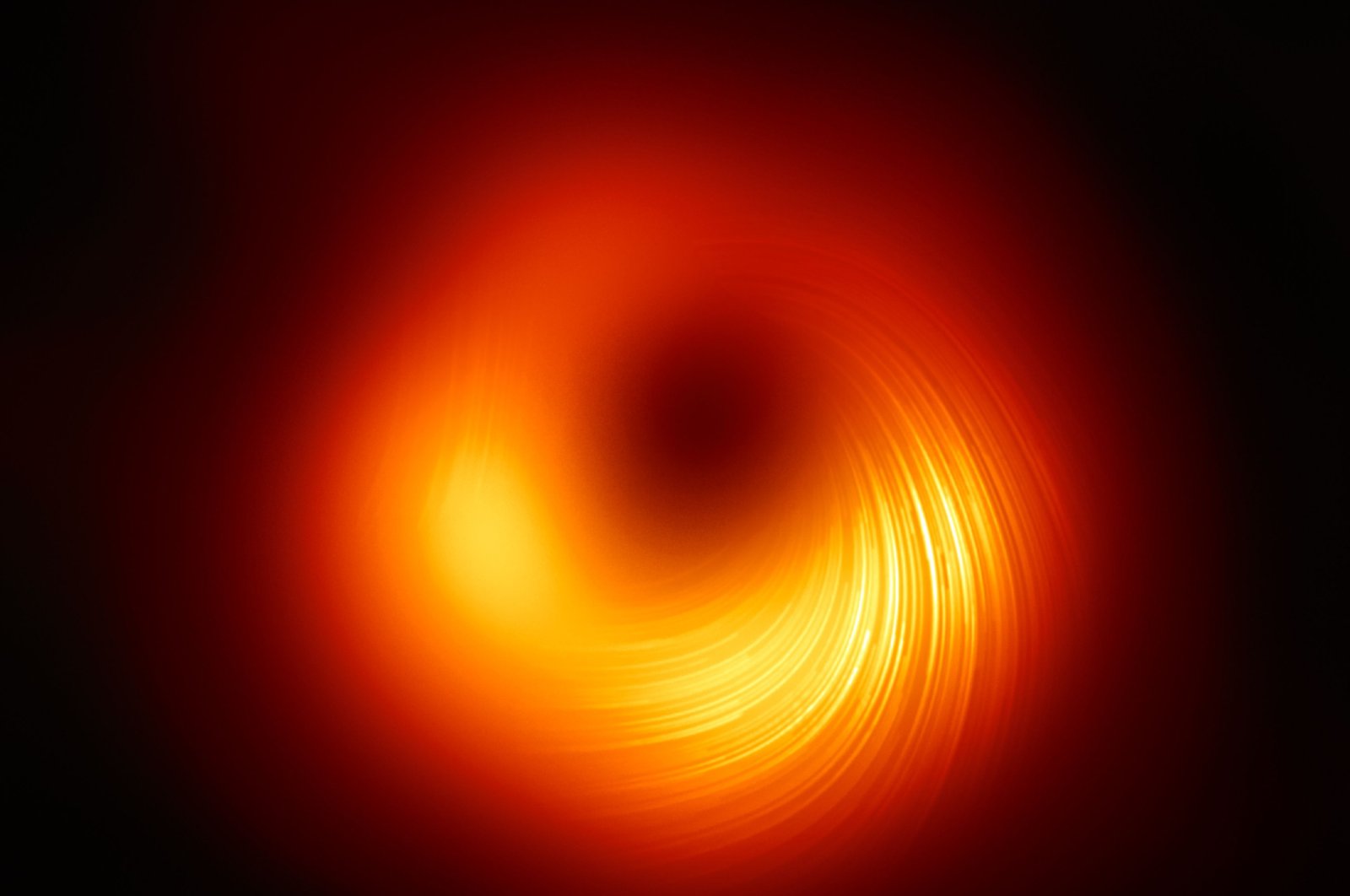 The astronomers who gave the world its first true glimpse of a black hole, have produced another landmark image, this time capturing the polarized light swirling around the same star-eating monster's magnetic fields, providing a stunning picture while advancing our knowledge of the darkness.

Never before has it been possible to measure polarization, which causes light waves to vibrate in a single plane, so close to the edge of a black hole.

The new observations, based on data collected by the Event Horizon Telescope (EHT) in 2017, are key to understanding how a galaxy can project streams of energy thousands of lightyears outward from its core, more than 300 scientists reported Wednesday in a pair of studies.

"We are now seeing the next crucial piece of evidence to understand how magnetic fields behave around black holes," said co-author Monika Moscibrodzka, an assistant professor at Radboud University in the Netherlands.

"Activity in this very compact region of space can drive powerful jets that extend far beyond the galaxy," Moscibrodzka told Agence France-Presse (AFP)

After releasing the historic image of the supermassive black hole at the heart of galaxy M87, more than 55 million light-years from Earth, the researchers discovered that a significant fraction of its surrounding light was polarized.

"The polarization of light carries information that allows us to better understand the physics behind the image we saw in April 2019," explained co-author Ivan Marti-Vidal, a researcher at the University of Valencia.

It took several years to process and analyze the data, he added, calling the result "a major milestone." When light is emitted in hot regions of space where magnetic fields are present it becomes polarized. The results were published in The Astrophysical Journal Letters.

In the same way that specially treated sunglasses reduce reflections and glare from bright surfaces, astronomers can see the regions around a black hole better by looking at how the light is polarised.

This makes it possible to map the magnetic field lines at the black hole's inner edge. Matter in a black hole is so dense as to create a gravity field from which even light cannot escape. At the same scale of compression, Earth would fit inside a thimble.

This makes black holes difficult to see. They are most often detected by the radiation produced when their gravity pulls in surrounding gases, a process called accretion.

The bright jets of energy and matter that extend some 5,000 lightyears from M87's core are one of the galaxy's great mysteries.

Most matter lying close to the edge of a black hole falls in, but some particles escape moments before capture and are blown far out into space.

The groundbreaking image of M87's black hole and its shadow in polarized light allows astronomers to see for the first time this interplay between matter flowing in and being ejected.

Of the competing theoretical models, only those assuming strongly magnetized gas are consistent with these new observations, the researchers said.

The EHT is not a single instrument but a network of eight radio telescopes spanning the globe in order to create a virtual, Earth-sized telescope.

Even then, locking in an image of M87's supermassive black hole is comparable to photographing a pebble on the Moon.

There are two kinds of black holes. The first form when the center of a very big star collapses in on itself, creating a supernova. These can be up to 20 times more massive than the Sun but are tiny in space.

So-called supermassive black holes, such as the one sitting at the center of the Milky Way and most galaxies, are at least a million times bigger than the Sun.