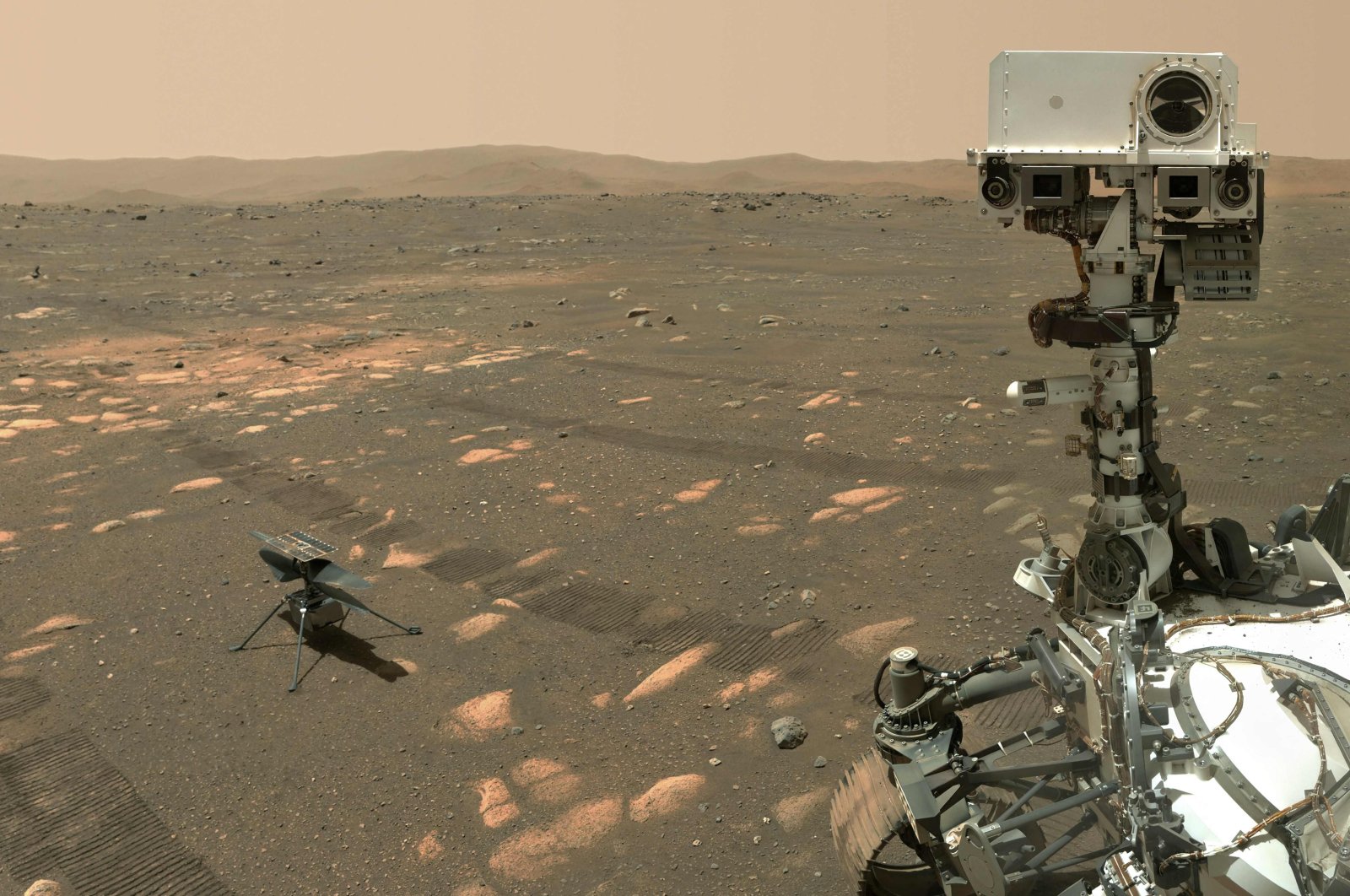 The Perseverance Mars rover in a selfie taken with the WATSON (Wide Angle Topographic Sensor for Operations and eNgineering) camera with the Ingenuity helicopter, seen here about 13 feet (3.9 meters) from the rover, on the 46th Martian day, or sol, of the mission, or April 6, 2021. (Photo by Handout / NASA/JPL-Caltech/MSSS / AFP)
by DAILY SABAH Apr 08, 2021 4:25 pm
RECOMMENDED

NASA' Mars rover Perseverance sent its first selfie from the Jezero Crater on the Red Planet on Tuesday, which featured the tiny Mars helicopter Ingenuity in the background. The selfie comes ahead of the anticipated countdown of Ingenuity attempting its first flight on an extraterrestrial planet.

Perseverance captured the image with its robotic arm, which has a camera called WATSON (Wide Angle Topographic Sensor for Operations and eNgineering) at the end of it. Inspired by Sir Arthur Conan Doyle's famous series, WATSON is a part of the SHERLOC (Scanning Habitable Environments with Raman and Luminescence for Organics and Chemicals) instrument.

The photo, billed by NASA as a "selfie," was actually 62 individual images stitched together by citizen scientist Sean Doran.

Many have likened the car-sized Perseverance to a doting parent and Ingenuity a baby, especially when sizing comes into play. Sojourner, which was NASA's first eyes and ears on Mars when it landed on the Red Planet in 1997, was the same size as the Ingenuity, roughly the size of a microwave.

Having landed on Mars on Feb. 18, Perseverance's main mission on Mars is astrobiology and the search for signs of ancient microbial life, according to NASA.

Ingenuity had been feeding off Perseverance's power system until it was charged but it now uses its own battery to protect its unshielded electrical components from freezing and cracking during the bitter Martian night.