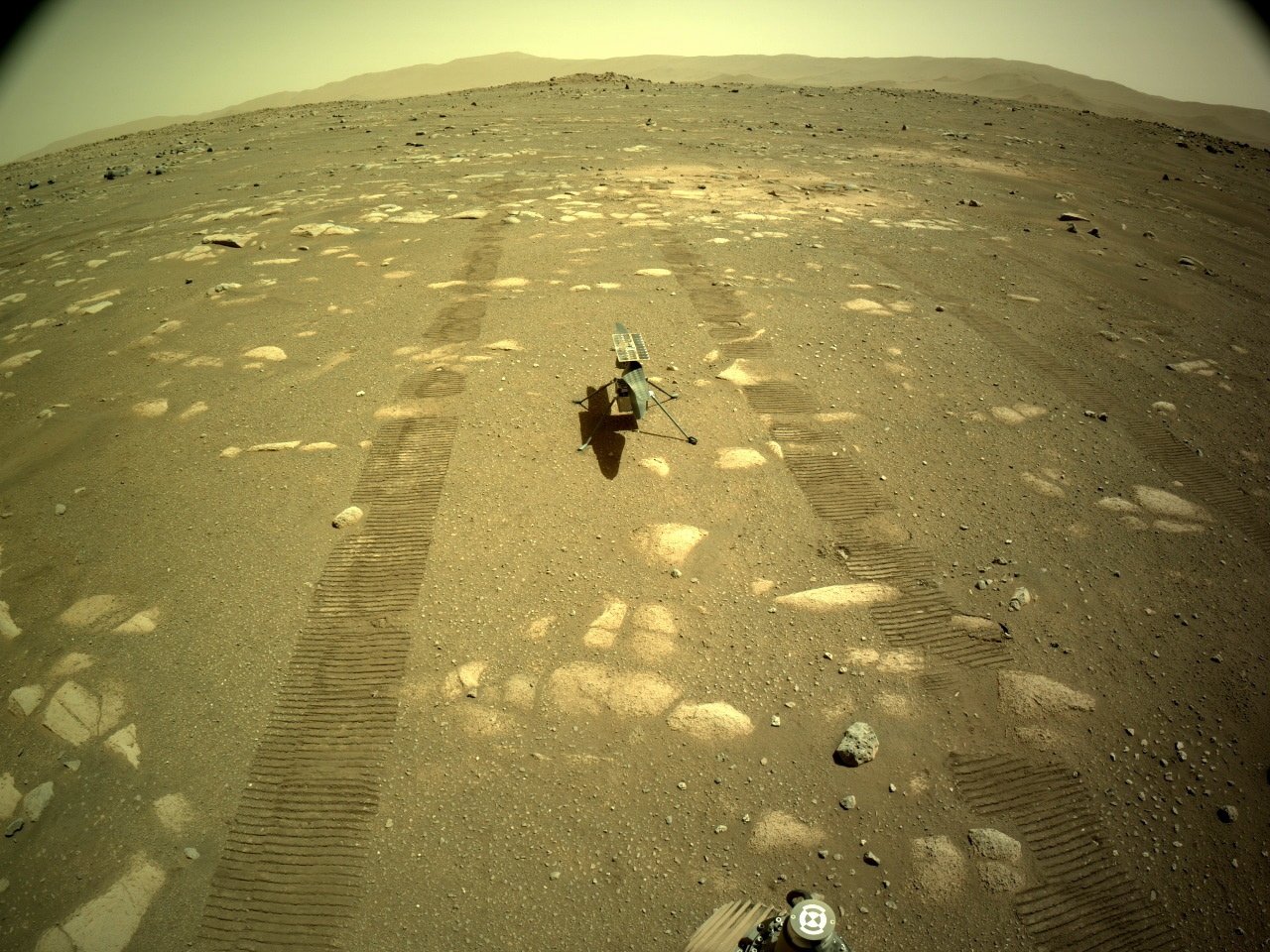 Surrounded by nothing but miles and miles of red rocks, sand and the frigid emptiness that is space, NASA's Ingenuity mini-helicopter has managed to survive its first night alone on Mars, in what the space agency has hailed as "a major milestone" for the tiny rotorcraft ahead of its historic first flight.

The ultra-light aircraft was dropped on the surface on Saturday after detaching from the belly of the Perseverance rover, which touched down on the red planet on Feb. 18.

Detached from the Perseverance, Ingenuity had to rely on its own solar-powered battery to run a vital heater to protect its unshielded electrical components from freezing and cracking during the bitter Martian night, where temperatures can plunge as low as minus 130 degrees Fahrenheit (minus 90 degrees Celsius).

"This is the first time that Ingenuity has been on its own on the surface of Mars," said MiMi Aung, Ingenuity project manager at NASA's Jet Propulsion Laboratory. "But we now have confirmation that we have the right insulation, the right heaters and enough energy in its battery to survive the cold night, which is a big win for the team. We're excited to continue to prepare Ingenuity for its first flight test."

Over the coming days, Ingenuity will undergo tests of its rotor blades and motors. If all goes well, Ingenuity is expected to make its first flight attempt no earlier than the evening of April 11, the Jet Propulsion Laboratory said. It will be the first aircraft to attempt powered, controlled flight on another planet.

Ingenuity is carrying a small piece of cloth that covered one of the wings of the Wright brothers' first aircraft, which achieved the first powered flight on Earth at Kitty Hawk in 1903, to pay tribute to the milestone. Its attempt will also coincide with the 60th anniversary of the first human space flight, by Soviet cosmonaut Yuri Gagarin on April 12, 1961, and the 40th anniversary of the April 12, 1981 launch of the first space shuttle, Columbia.

Ingenuity will be attempting to fly in an atmosphere that is 1% the density of Earth's, which makes achieving lift harder – but will be assisted by gravity that is one-third of our planet's. The first flight will involve climbing at a rate of about 3 feet (1 meter) per second to a height of 10 feet, hovering there for 30 seconds, then descending back to the surface.

Ingenuity will be taking high-resolution photographs as it flies from its "airfield" in the Jezero Crater.

A series of flights are planned during its mission lasting 30 Martian sols (31 Earth days).

"Whatever the future holds, we will acquire all the flight data we can within that timeframe."

The 4-pound (1.8-kilogram) rotorcraft cost NASA around $85 million to develop and is considered proof of a concept that could revolutionize space exploration. Future aircraft could cover ground much quicker than rovers and explore more rugged terrain.