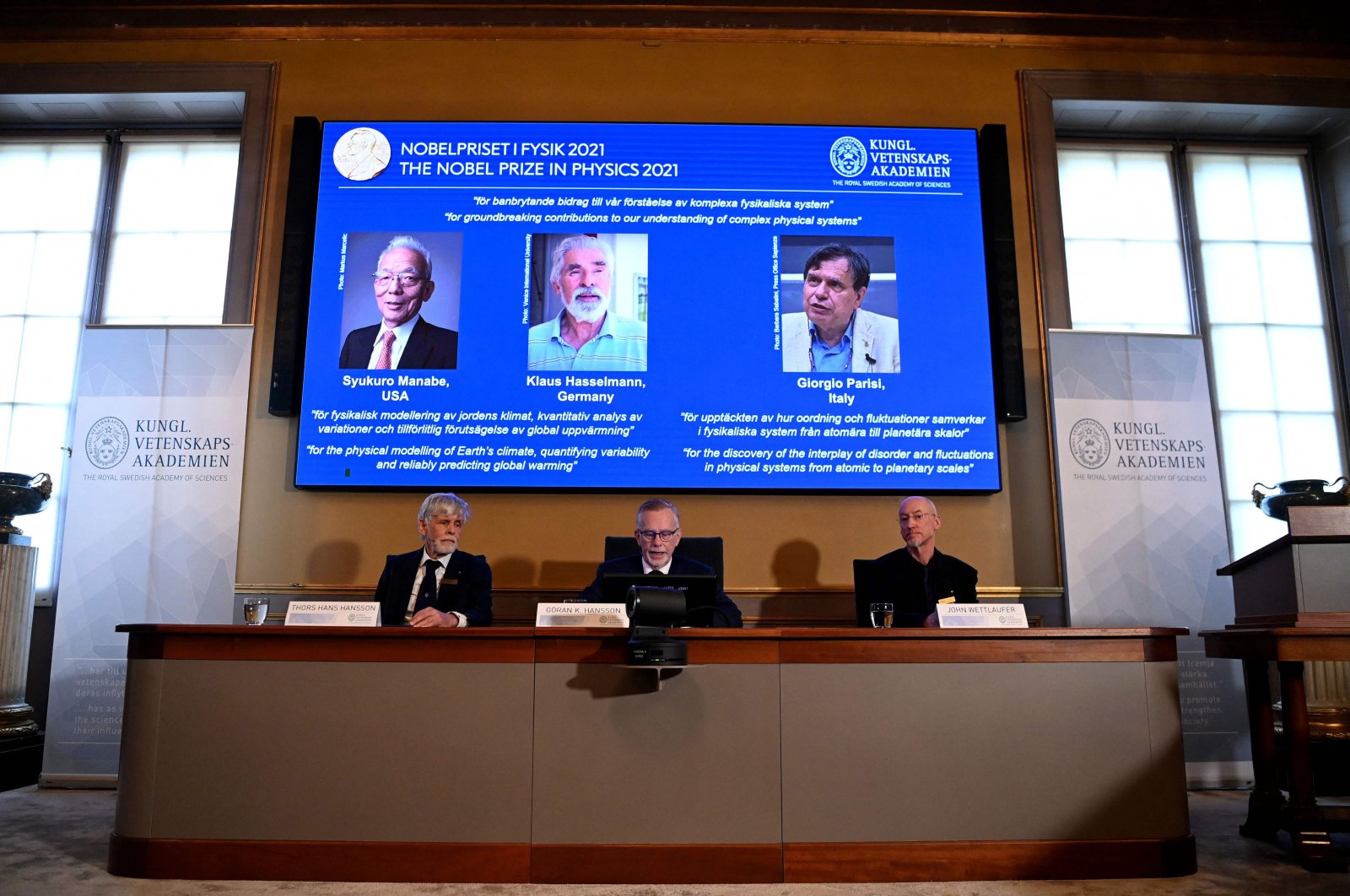 One-half of the prize, worth 10 million Swedish crowns ($1.15 million), goes in equal parts to Manabe, who is 90, and Hasselmann for modeling Earth’s climate and reliably predicting global warming.

The other half goes to Parisi for discovering "hidden rules" behind seemingly random movements and swirls in gases or liquids.

"Complex systems are characterized by randomness and disorder and are difficult to understand," the Swedish Academy of Sciences said in a statement. "This year’s Prize recognizes new methods for describing them and predicting their long-term behavior."

Manabe is now at Princeton University in the United States, Hasselmann at the Max Planck Institute for Meteorology in Hamburg, Germany, and Parisi at Sapienza University of Rome.

Physics is the second Nobel to be awarded this week after Americans David Julius and Ardem Patapoutian won the prize for medicine on Monday for the discovery of receptors in the skin that sense temperature and touch.

The Nobel prizes were created in the will of Swedish dynamite inventor and businessperson Alfred Nobel and have been awarded since 1901 with only a handful of interruptions, primarily due to the two world wars.

As last year, there will be no banquet in Stockholm because of the COVID-19 pandemic. The laureates will receive their medals and diplomas in their home countries.

The physics prize announcement will be followed in the coming days by the awards for chemistry, literature, peace and economics.

Among the Nobels, physics has often taken center stage, with awards often going to major breakthroughs in our understanding of the universe. Previous winners include Albert Einstein and the husband-and-wife team of Pierre Curie and Marie Curie.