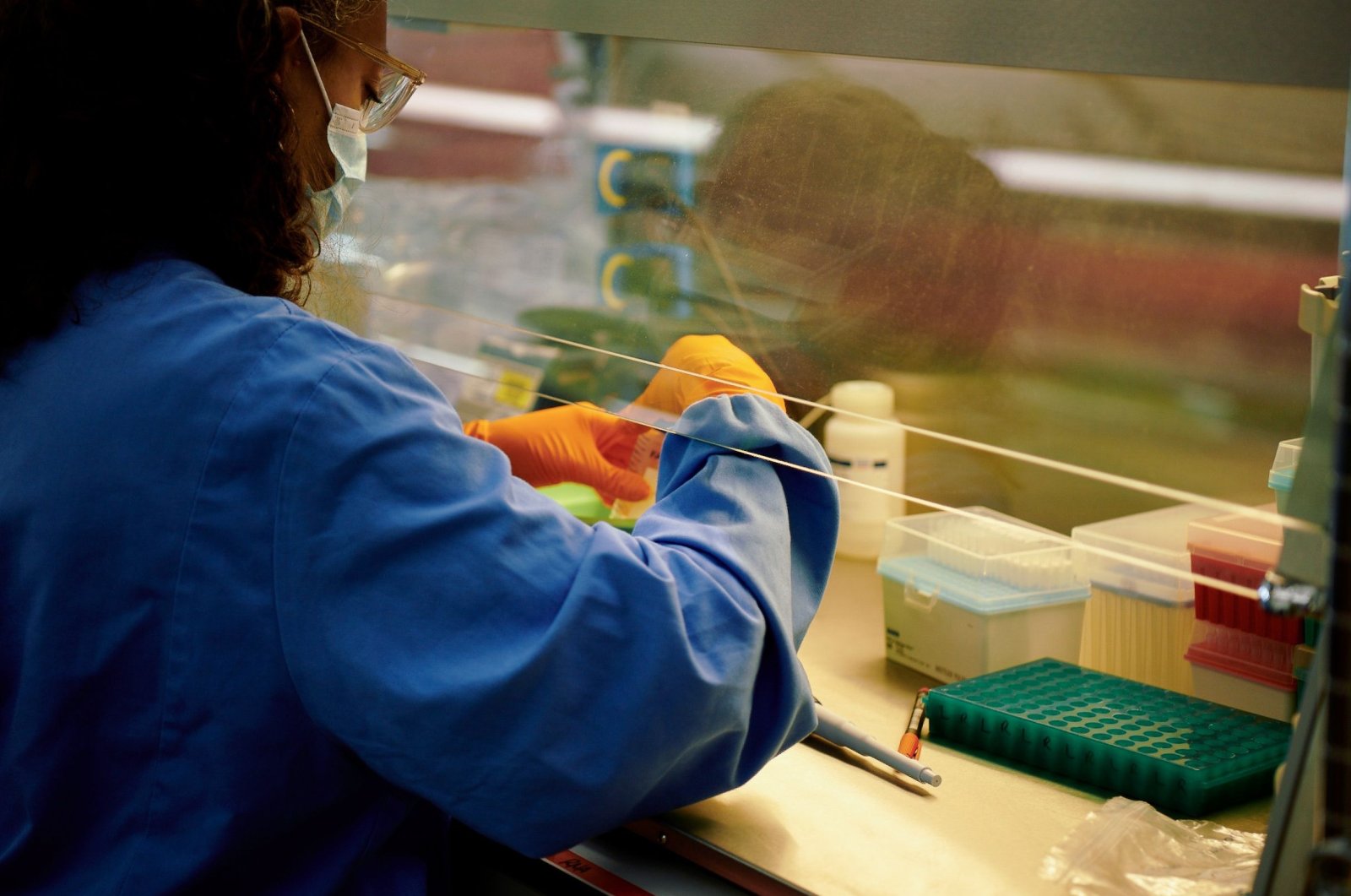 A member of staff preparing to extract the genetic material from a COVID-19 sample, in a laboratory, at the Wellcome Sanger Institute, in Hinxton, August 2020. (AFP Photo)
by DAILY SABAH Feb 01, 2021 8:51 pm
RECOMMENDED

Two patients in Brazil have been infected with two different variants of the coronavirus at the same time in what is thought to be the first evidence of the simultaneous co-existence of different strains of SARS-CoV-2 in the human body.

The findings, although not yet published in a scientific journal or peer-reviewed, have only added to growing concerns regarding the increasing number of mutations in southern Brazil and the rest of the world.

The patients, both in their 30s, reportedly tested positive for both P.2 from the B.1.1.28 lineage of the coronavirus found in Rio, and a second variant of the virus that surfaced in late November. The cases presented different yet mild symptoms that did not lead to hospitalization, with the first reporting a dry cough and the second suffering from a cough, sore throat and headache. The researchers shared their discovery in a post on the medical website medRxiv on Wednesday last week.

The discovery highlights the growing problem about different variants circulating the globe and the possibility that mutations in the new variants could grow rapidly if they can infect the same body at the same time. Such concerns have sparked new challenges in the fight against COVID-19, such as finding ways to combat increased transmissibility and finding tweaks to prevent new variants from resisting currently developed vaccines.

“These co-infections can generate combinations and generate new variants even more quickly than has been happening. It would be another evolutionary pathway for the virus,” said Fernando Spilki, the study’s lead researcher and a virologist at Feevale University in Rio.

The mutations in coronavirus variants identified in Britain and the Brazilian state of Amazonas show they are significantly more contagious. Spilki attributes the likelihood of co-infections to cases when there is a high viral load of different viruses in the area, as has been the case in Brazil.