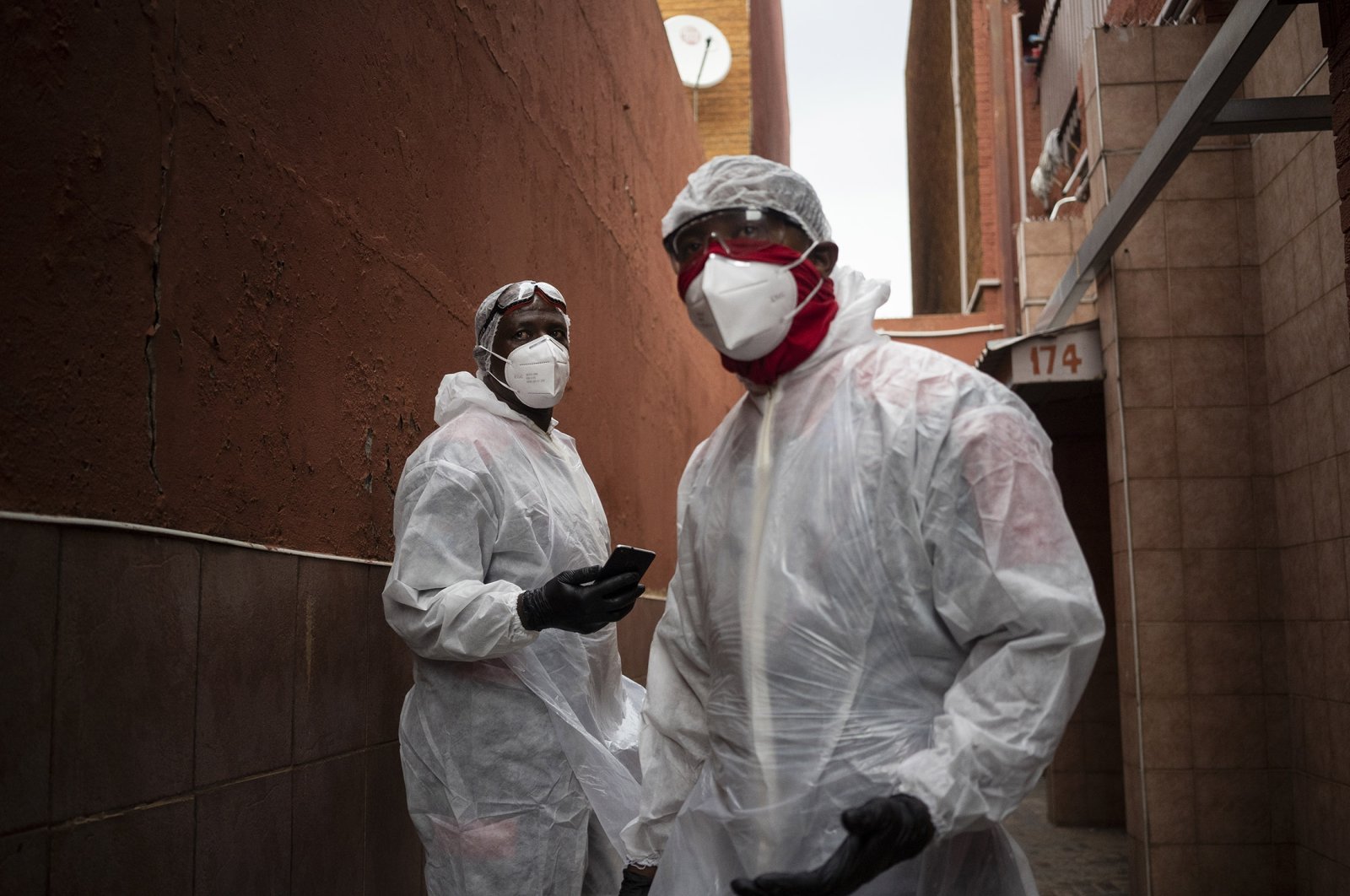 SARS-CoV-2, the coronavirus that causes COVID-19, continues to mutate as it spreads across the globe, a natural process that all viruses undergo, with new variants periodically being discovered as the total number of cases worldwide approaches 100 million. So far, different variants have emerged in the United Kingdom, South Africa, Brazil, Germany and the United States. Concerns have recently mounted as the United Kingdom variant was found to have spread to 60 different countries, and scientists debate the efficacy of vaccines on an "escape mutant" in the South African variation.

There are currently at least five known major variants of COVID-19 spreading throughout the world with similar yet different kinds of mutations affecting each new strain. The B117 variant, which was first noticed in the southeastern U.K., became the first to be discovered and is believed to be spreading up to 70% faster than other strains.

Here is a deeper look into what is what and how these variants are affecting our fight against COVID-19.

The variant detected in the U.K, called Variant of Concern 202012/01 or VOC B.1.1.7, is one of the more concerning strains of COVID-19. The variant has mutations in its spike proteins, which the coronavirus uses to bind to human cells. This means the new variant needs fewer particles to infect people, thus making it around 70% more transmissible.

The mutated virus has already spread to at least 60 countries after first being observed in December 2020, quickly becoming the predominant form of COVID-19 in the U.K.

Initial research deemed that the VOC B.1.1.7 led to a significantly larger number of cases but not necessarily more severe ones. However, the New and Emerging Respiratory Virus Threats Advisory Group (NERVTAG) released a paper on Jan. 22, which showed that the B.1.1.7 variant may increase the severity of the disease. “There is a realistic possibility that VOC B.1.1.7 is associated with an increased risk of death compared to non-VOC viruses,” the paper said.

We have now learned that, in addition to spreading more quickly, the new variant of the virus may also be associated with a higher degree of mortality.

It is therefore more important than ever that we all follow the rules and stay at home, protect the NHS and save lives.

The World Health Organization (WHO) reported in December that the new variant discovered in South Africa, which was rapidly spreading in the Eastern Cape, Western Cape, and KwaZulu-Natal provinces, was associated with a higher viral load, according to preliminary studies. It has not yet been associated with more severe disease or worse outcomes.

As is the case for the U.K. variant, 501Y.V2 consists of mutations in the coronavirus's spike protein, though with a different set of mutations, that make the new strain more infectious. The most important of these is the E484K mutation, affecting directly the part of the virus that is concerned with receptors and binding with cells.

Since December, 501Y.V2 has spread to several countries including the U.K., France, Israel and more than 20 other countries worldwide, most of which have been travel-related.

The P.1 variant has so far only been identified in Brazil, and in those traveling from the Latin American country (mostly from the Amazonas State) to Japan and South Korea. The capital of Amazonas, Manaus, is currently experiencing an upsurge in COVID-19 cases, putting significant pressure on the already strained health care system there and the rest of Latin America. The variant also carries the E484K mutation like the South African strain. And although it has not yet spread to many countries, P.1. has been causing concern with its higher infection rate. As such, P.1 has quickly become the dominant form of COVID-19 in Manaus, the largest city in the Amazon region of northwestern Brazil where it was first reported.

The most concerning part of the mutations observed in the P.1 variant, and also in the South African variant, has been their potential effect on reinfection, particularly the E484K mutation, which can affect the reinfection rate of the virus, according to scientists. The Brazilian Ministry of Health reported in December that a health care worker was infected with COVID-19 again after recovering from the virus back in June 2020, making it the first confirmed case of reinfection in Brazil. It is also believed to be the first case in the world where the E484K mutation was observed in the reinfection of a recovered patient.

P.2 has also emerged as a new variant in Brazil, but it is not yet of concern to scientists.

Up north in the U.S., one-third of the state of California is also grappling with a variant called CAL.20C, which is closely being monitored.

Will vaccines work against new variants?

While mutations were expected, new variants have caused three main concerns: whether these mutations will cause the virus to be more infectious, more lethal and whether the current vaccines being rolled out work against them. With many countries already knee-deep in mass vaccination campaigns, as is Turkey, scientists are working hard to understand the impacts that new COVID-19 variants might have on the vaccines.

So far, most of the scientific community believes that the changes and mutations, most of which occur in the spike protein of the virus, are unlikely to render vaccines ineffective. Following the outbreak of the new variant in the U.K., BioNTech CEO Uğur Şahin stated that he remained confident the vaccine they were developing in collaboration with Pfizer, would maintain its efficacy despite the mutation. WHO and European Medicines Agency (EMA) also released similar statements, cautioning the public against panic.

The current vaccines have found to induce a broad enough immune response that they will remain effective. Eventually, scientists may have to tweak the vaccine formulas if the virus accumulates enough mutations, but “it’s probably going to be on the order of years if we use the vaccine well rather than months,” Dr. Andrew Pavia of the University of Utah said on Jan. 14 on a webcast hosted by the Infectious Diseases Society of America.