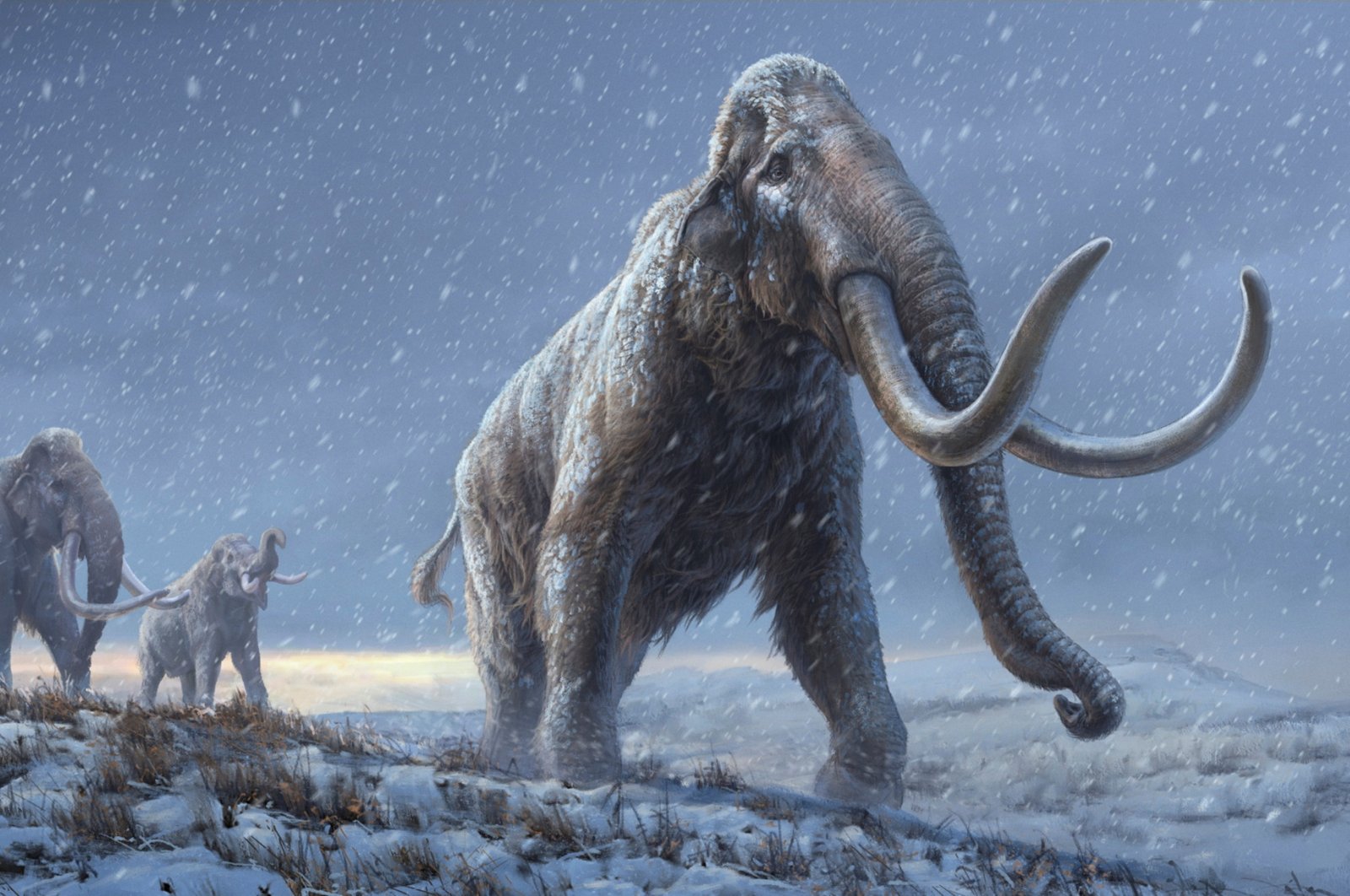 An artist's reconstruction shows the extinct steppe mammoth, an evolutionary predecessor to the woolly mammoth that flourished during the last Ice Age, based on the genetic knowledge gained from the Adycha mammoth specimen that from which DNA, more than 1 million years old, was extracted. (Reuters)
by Reuters Feb 17, 2021 8:05 pm

Scientists have recovered the oldest DNA on record, extracting it from the molars of mammoths that roamed northeastern Siberia up to 1.2 million years ago in research that broadens the horizons for understanding extinct species.

The researchers said Wednesday they had recovered and sequenced DNA from the remains of three individual mammoths – elephant cousins that were among the large mammals that dominated Ice Age landscapes – entombed in permafrost conditions conducive to the preservation of ancient genetic material.

While the remains were discovered starting in the 1970s, new scientific methods were needed to extract the DNA.

"This is by a wide margin the oldest DNA ever recovered," said evolutionary geneticist Love Dalen of the Centre for Palaeogenetics in Sweden, who led the research published in the journal Nature.

Until now, the oldest DNA came from a horse that lived in Canada's Yukon territory about 700,000 years ago. By way of comparison, our species, Homo sapiens, first appeared roughly 300,000 years ago.

DNA is the self-replicating material that carries genetic information in living organisms – sort of a blueprint of life.

"This DNA was extremely degraded into very small pieces, and so we had to sequence many billions of ultra-short DNA sequences in order to puzzle these genomes together," Dalen said.

Most knowledge about prehistoric creatures comes from studying skeletal fossils, but there is a limit to what these can tell about an organism, particularly relating to genetic relationships and traits.

Ancient DNA can help fill in the blanks but is highly perishable. Sophisticated new research techniques are enabling scientists to recover ever-older DNA.

"It would be a wild guess, but a maximum of two to three million years should be doable," Dalen said.

That could shed light on some bygone species but would leave many others unattainable – including the dinosaurs, who went extinct 66 million years ago.

"When we can get DNA on a million-year time scale, we can study the process of speciation (formation of new species) in a much more detailed way. Morphological analyses on bones and teeth usually only allow researchers to study a handful of characteristics in the fossils, whereas with genomics we are analyzing many tens of thousands of characteristics," Dalen said.

The researchers gained insights into mammoth evolution and migration by comparing the DNA to that of mammoths that lived more recently. The last mammoths disappeared roughly 4,000 years ago.

The oldest of the three specimens, the Krestovka mammoth, belonged to a previously unknown genetic lineage that more than 2 million years ago diverged from the lineage that led to the well-known woolly mammoth.

Geneticist Tom van der Valk of SciLifeLab in Sweden, the study's first author, said it appears that members of the Krestovka lineage were the first mammoths to migrate from Siberia into North America over a now-disappeared land bridge about 1.5 million years ago, with woolly mammoths later migrating about 400,000 to 500,000 years ago.

The Adycha mammoth's lineage apparently was ancestral to the woolly mammoth, they found, and the Chukochya individual is one of the oldest-known woolly mammoth specimens.

DNA analyses showed that genetic variants associated with enduring frigid climes such as hair growth, thermoregulation, fat deposits, cold tolerance and circadian rhythms were present long before the origin of the woolly mammoth.