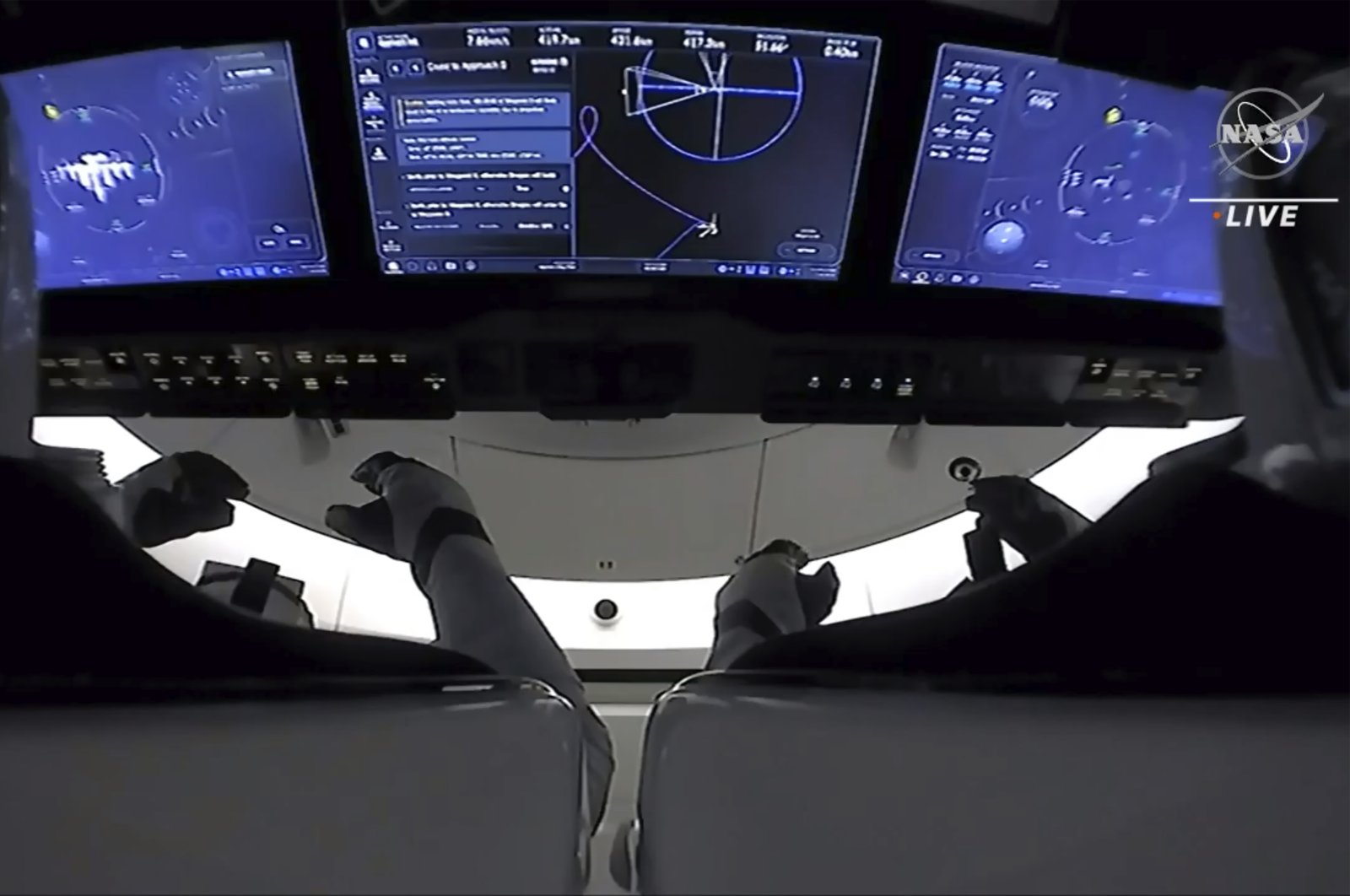 Astronauts look at screens in the cockpit of the SpaceX Crew Dragon Endeavor as the spacecraft prepares to dock with the international space station, in this image made from NASA TV, April 24, 2021. (NASA via AP Photo)
by French Press Agency - AFP Apr 24, 2021 12:33 pm
RECOMMENDED

The SpaceX Crew Dragon Endeavour delivered a four-astronaut team to the International Space Station (ISS) on Saturday, a livestream showed.

Hard capture – the second stage – occurred about 10 minutes later when 12 hooks were securely attached between Endeavour and the ISS's forward port.

"Thanks Shannon, we're glad to be here, we'll see you all in a few minutes," replied Endeavour's commander, U.S. astronaut Shane Kimbrough.

The vestibule between the capsule is now being pressurized so that the hatches of both Endeavour and the space station can be opened.

The Crew-2 mission, which includes the first European, Thomas Pesquet of France, blasted off from pad 39A at the Kennedy Space Center in Florida before dawn on Friday.

Endeavour is carrying the third crew SpaceX has sent to the ISS as part of the company's multibillion-dollar contract with NASA.

It's also Endeavour's second trip to the ISS.

It first flew there on the Demo-2 mission in May 2020, which ended almost a decade of U.S. reliance on Russia for rides to the ISS following the end of the Space Shuttle program.