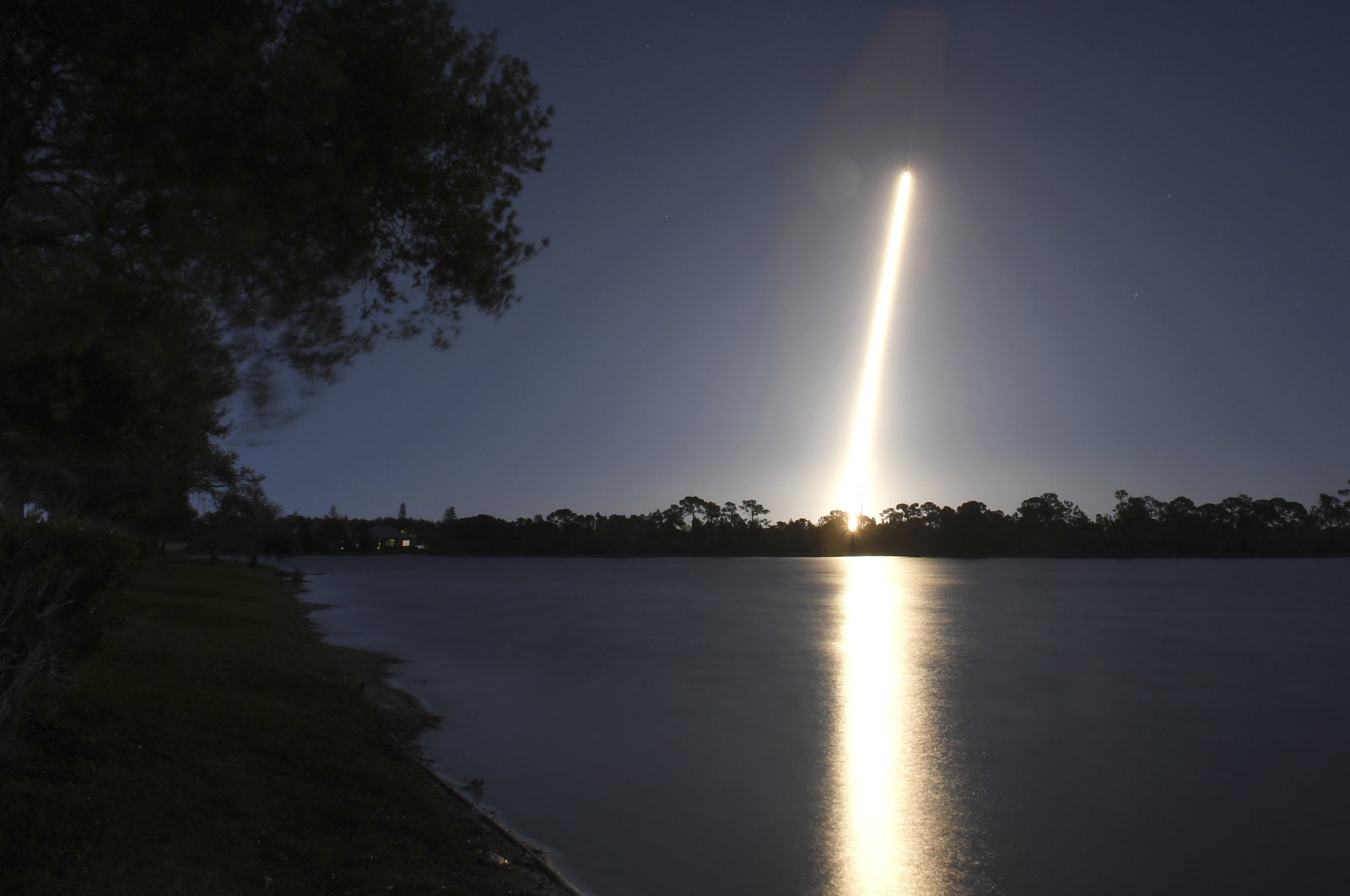 According to the statement by NASA released late on Friday, Dragon will deliver nearly 2 tons of cargo and science investigations.

The Falcon rocket blasted off with 4,300 pounds (1,950 kilograms) of equipment and experiments for the International Space Station. Just minutes later, the spent first-stage booster made a dramatic midnight landing back at Cape Canaveral, its return accompanied by sonic booms.

"And the Falcon has landed for the 50th time in SpaceX history!" SpaceX engineer Jessica Anderson announced amid cheers at Mission Control. “What an amazing live view all the way to touchdown.”

The Dragon capsule, meanwhile, hurtled toward a Monday rendezvous with the space station.

It's the 20th station delivery for SpaceX, which has launched nearly 100,000 pounds (45,360 kilograms) of goods to the orbiting outpost and returned nearly that much back to Earth since it began shipments in 2012. Northrop Grumman is NASA's other commercial shipper.

SpaceX founder and chief executive Elon Musk said it was the windiest conditions ever — 25 mph to 30 mph (40 kph to 48 kph) — for a booster landing at Cape Canaveral, but he wanted to push the envelope. The landing was the 50th successful touchdown of a SpaceX booster following liftoff, either on land or at sea.

The company's first booster landing was in 2015, intended as a cost-saving, rocket-recycling move. Both the latest booster and Dragon capsule were recycled from previous flights.

Among the science experiments flying: an analysis of running shoe cushioning in weightlessness by Adidas, a water droplet study by Delta Faucet Co. striving for better showerhead water conservation, 3D models of heart and intestinal tissue, and 320 snippets of grape vines by Space Cargo Unlimited, the same Luxembourg startup that sent 12 bottles of red wine to the space station last November for a year of high-altitude aging.

The Dragon also contained treats for the two Americans and one Russian at the space station: grapefruit, oranges, apples, tomatoes, Skittles, Hot Tamales and Reese's Pieces.

As for packing the capsule for launch, no extra precautions were taken because of the global coronavirus outbreak, according to NASA. The usual stringent precautions were taken to avoid passing along any germs or diseases to the space station crew. The doctor-approved procedures have proven effective in the past, officials noted.

This is the last of SpaceX's original Dragon cargo capsules. Going forward, the company will launch supplies in second-generation Dragons, roomier and more elaborate versions built for crews.

The company aims to launch NASA astronauts this spring. The California-based SpaceX also teaming up with other companies to fly tourists and private researchers to the space station, as well as high solo orbits in the next couple of years.