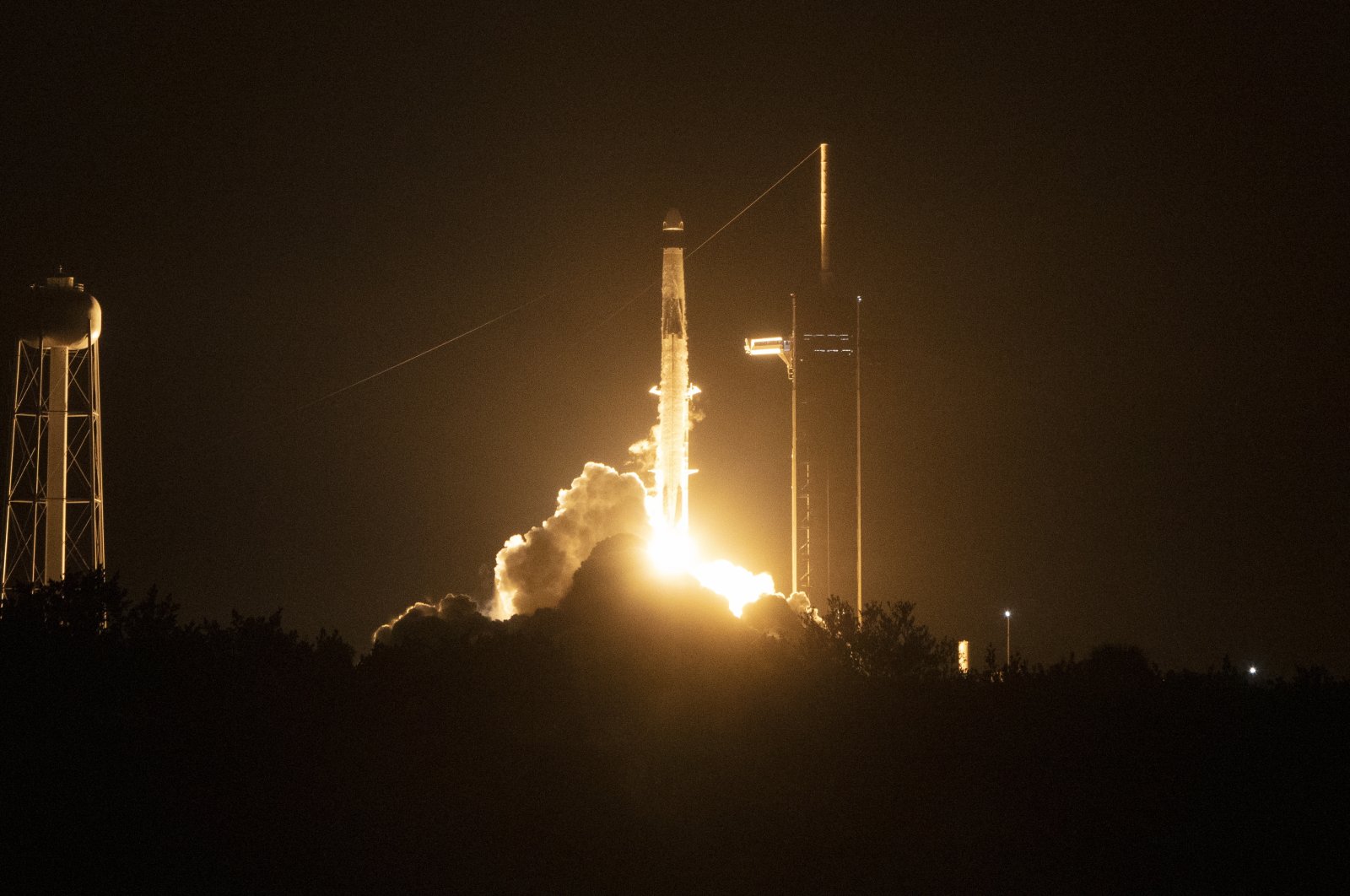 A total of 600 people have slipped the bonds of earth to touch space in 60 years, as a SpaceX rocket carrying four astronauts entered orbit Wednesday night.

The repeatedly delayed flight occurred just two days after SpaceX brought four other astronauts home from the International Space Station. They should have been up there to welcome the newcomers, but NASA and SpaceX decided to switch the order based on Monday’s ideal recovery weather in the Gulf of Mexico and pulled it off.

“It was a great ride, better than we imagined," mission commander Raja Chari said shortly after the spacecraft reached orbit.

The launch was just as riveting for spectators at NASA's Kennedy Space Center, as well as along the East Coast, as the Falcon rocket thundered through clouds on its way to space, turning night into day.

Germany’s Matthias Maurer claimed the No. 600 position, according to NASA, based on his mission assignment. He and his three NASA crewmates should arrive at the space station in under 24 hours, well over a week late.

One of the astronauts – NASA isn’t saying which one – was sidelined last week by an undisclosed medical issue. The crew member is fully recovered, according to NASA. Officials won’t say whether it was an illness or injury, but noted it wasn’t COVID-19.

Bad weather also contributed to their flight delays. Chari said trying to launch on Halloween left them with "a trick instead of a treat.” It was also drizzling Wednesday night when the four astronauts said goodbye to their families for six months – with everyone huddling under umbrellas – but it cleared up by launch time.

“Enjoy your holidays among the stars. We’ll be waving as you fly by," SpaceX launch director Mark Soltys radioed to the crew.

The list of 600 travelers ranges from those who have barely scratched space – like actor William Shatner last month – to United States and Russian astronauts who have spent a year or more in orbit. This year’s surge in space tourists helped push the tally over the 600 mark.

That averages out to 10 people per year since Yuri Gagarin’s pioneering flight in 1961, Maurer noted.

“But I think in a very few years, we will see an exponential rise of that one because now we’re entering the era of commercial spaceflight,” he said after arriving at Kennedy Space Center two weeks ago.

The crew launch marked SpaceX’s fourth for NASA and the company’s fifth passenger flight overall – including a September charter flight for four that skipped the space station. The Dragon capsule’s toilet leaked during their three days in orbit, necessitating a quick redesign of the flushing system in the newest capsule, named Endurance by its crew.

A balky parachute during Monday's descent had SpaceX engineers poring over the data, before giving the go-ahead for Wednesday’s launch. One of the four chutes opened more than a minute late, a problem seen in testing and well within safety limits, but still being examined, officials said.

As of Wednesday, Elon Musk's company has launched 18 people in 18 months.

“Human spaceflight was the reason we were founded, so it’s incredibly meaningful for the whole team,” said Sarah Walker, a SpaceX manager.

The European Space Agency's Mauer is one of three newbies on the crew. The 51-year-old was a finalist when he first applied to be an astronaut. Encouraged, he left his research job at a medical company and joined the space agency as an engineer, making the astronaut cut in 2015.

Chari, 44, is an Air Force colonel and the first space rookie in decades to lead a mission to orbit for NASA. A test pilot from Cedar Falls, Iowa, Chari accumulated more than 2,500 hours in fighter jets, including combat missions in Iraq.

Also on board is Dr. Thomas Marshburn, 61, will be the oldest person to live aboard the space station and perform a spacewalk. Born in Statesville, North Carolina, he pursued a career in emergency medicine, then joined NASA in 1994 as a flight surgeon. This is his third trip to the space station. Kayla Barron, 34, a Navy lieutenant commander from Richland, Washington is No. 601 in space. She was among the first women to serve as submarine warfare officers and was added to the flight in May.

During their station stay, they will welcome two groups of tourists. A Russian film crew recently spent two weeks at the station, making a movie.

The new crew will be joining three station residents – two Russians and NASA's Mark Vande Hei, who celebrated his 55th birthday on Wednesday.

“NASA and @SpaceX are lighting a big candle in the sky for you tonight,” NASA tweeted before the launch.

That candle – the first-stage booster – landed upright on an ocean barge.