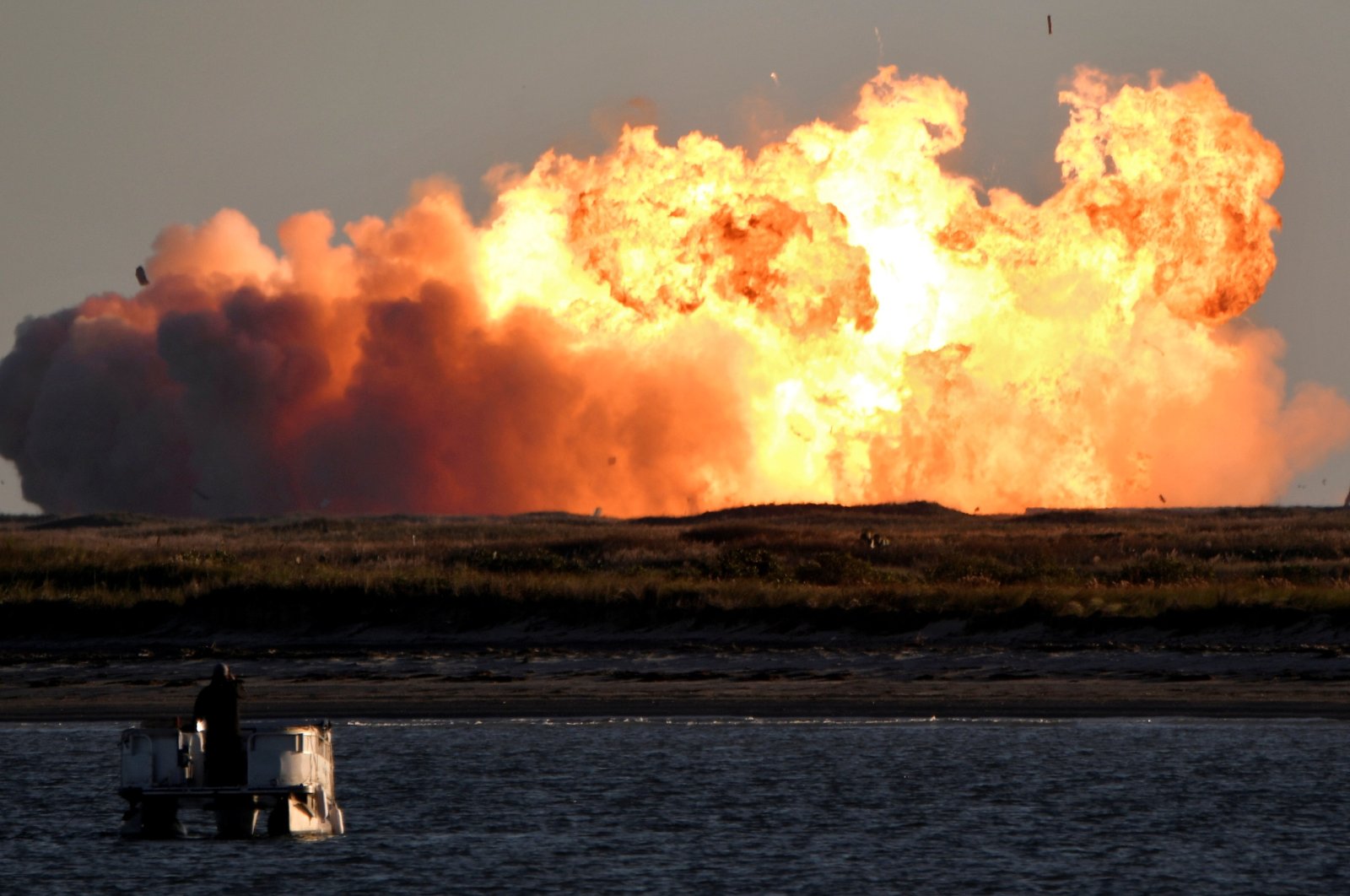 SpaceX's first super heavy-lift Starship SN8 rocket explodes during a return-landing attempt after it launched from their facility on a test flight in Boca Chica, Texas, U.S., Dec. 9, 2020. (Reuters Photo)
by REUTERS Dec 10, 2020 8:33 am
RECOMMENDED

SpaceX's Starship prototype exploded while attempting to land on Wednesday after an otherwise successful test launch from the company's rocket facility in Boca Chica, Texas, live video of the flight showed.

The Starship rocket destroyed in the accident was a 16-story-tall prototype for the heavy-lift launch vehicle being developed by billionaire entrepreneur Elon Musk's private space company to carry humans and 100 tons of cargo on future missions to the moon and Mars.

The self-guided rocket blew up as it touched down on a landing pad following a controlled descent. The test flight had been intended to reach an altitude of 41,000 feet, propelled by three of SpaceX's newly developed Raptor engines for the first time. But the company left unclear whether the rocket had flown that high.

Musk said in a tweet immediately following the landing mishap that the rocket's "fuel header tank pressure was low" during descent, "causing touchdown velocity to be high."

He added that SpaceX had obtained "all the data we needed" from the test and hailed the rocket’s ascent phase a success.

SpaceX made its first attempt to launch Starship on Tuesday, but a problem with its Raptor engines forced an automatic abort just one second before liftoff.

The complete Starship rocket, which will stand 394-feet tall when mated with its super-heavy first-stage booster, is the company’s next-generation fully reusable launch vehicle – the center of Musk’s ambitions to make human space travel more affordable and routine.

The three companies are vying for future contracts to build the moon landers under NASA’s Artemis program, which calls for a series of human lunar explorations within the next decade.

Hawthorne, California-based SpaceX has been buying up residential properties in the Boca Chica village situated just north of the U.S.-Mexico border in southeastern Texas to make room for his expanding Starship facilities, which Musk envisions as a future "gateway to Mars.”

Musk has faced resistance from Boca Chica residents unwilling to sell their homes.