This may tickle a bit: Vets swab Bornean orangutans for COVID-19 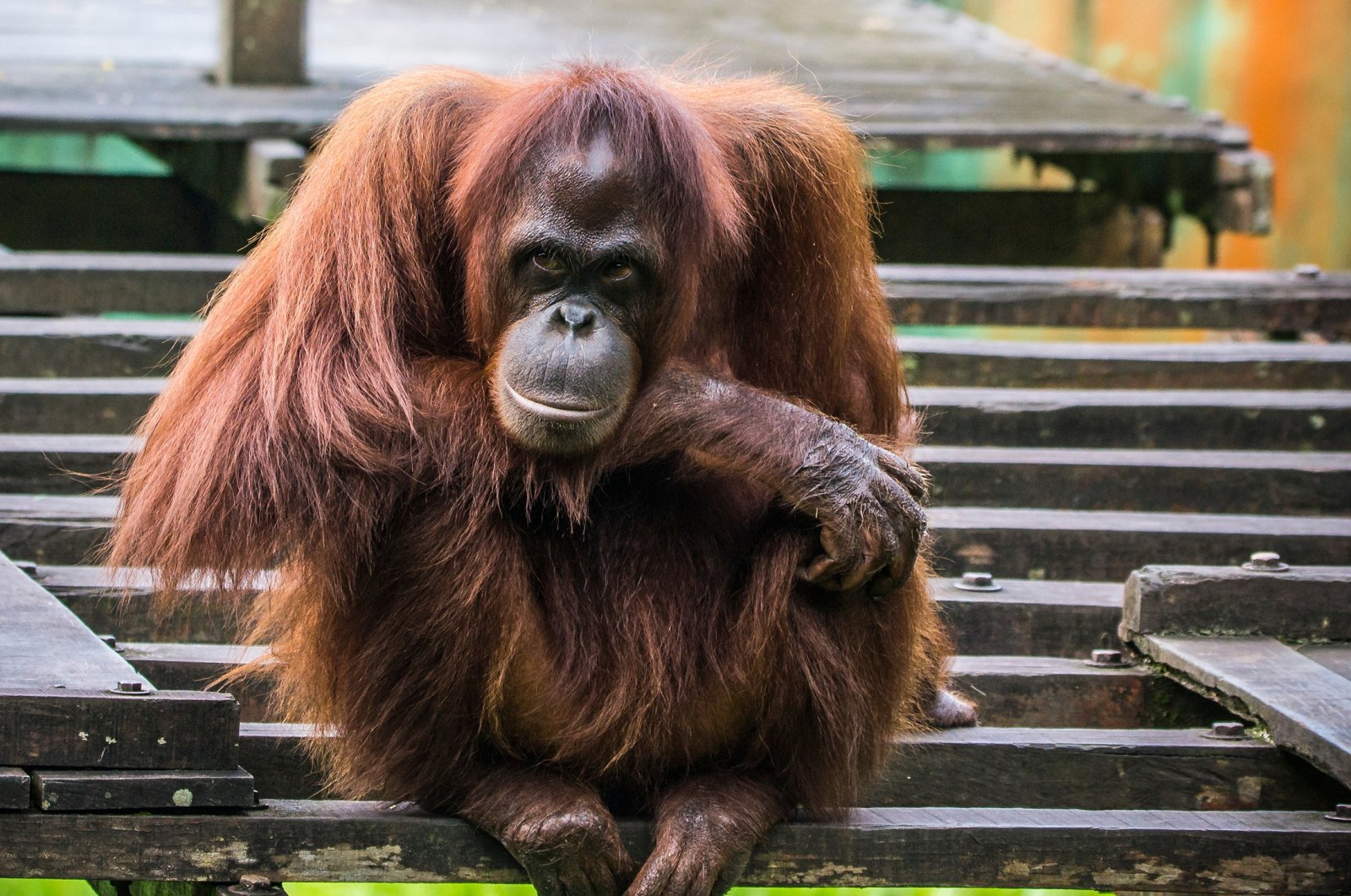 An orangutan rests on a step, in Sabah, Malaysia. (Shutterstock Photo)
by French Press Agency - AFP Sep 13, 2021 9:17 am
RECOMMENDED

Humans are not the only creatures on Earth that have to deal with COVID-19, and it can be particularly dangerous for species that are already under threat. So, vets in in Malaysia put on protective suits and completed the tricky task of giving dozens of critically endangered orangutans nasal swabs as they tested them for the coronavirus.

The antigen tests on 30 of the red-haired creatures in the Sabah state on Borneo island were conducted last Tuesday, and all came back negative, wildlife officials said.

They were the first virus tests on orangutans in the Southeast Asian country, and were ordered after staff at a rehabilitation center and wildlife park became infected.

"Testing for COVID-19 has been a vital tool in helping us get through this pandemic, and it is similarly important for this orangutan population," said Sen Nathan, assistant director of the Sabah Wildlife Department.

"The disease could prove vastly detrimental to their health and set back their rehabilitation."

Vets will continue to closely monitor the apes and tests will be conducted regularly, officials said.

Animals have become infected with COVID-19 on occasion. Over the weekend, a zoo in Atlanta announced that several of its gorillas had tested positive. Domestic cats, dogs and at least one ferret have also been infected.

Malaysia is fighting a serious COVID-19 outbreak driven by the highly contagious delta variant, and has been recording thousands of cases and hundreds of deaths each day.

Sabah, on the northeastern tip of Borneo and home to vast tracts of jungle and a kaleidoscope of rare animals, has also faced a surge in cases.

Bornean orangutans are classified as "critically endangered" by protection group the International Union for Conservation of Nature.

Their populations have declined by more than 50% over the past 60 years, according to the World Wide Fund for Nature (WWF), as the animals' forest habitat has been progressively cut down to make way for agricultural plantations.

Borneo is shared between Malaysia, Indonesia and Brunei.