COVID-19 roundup: Side effects after vaccination, variants and pets 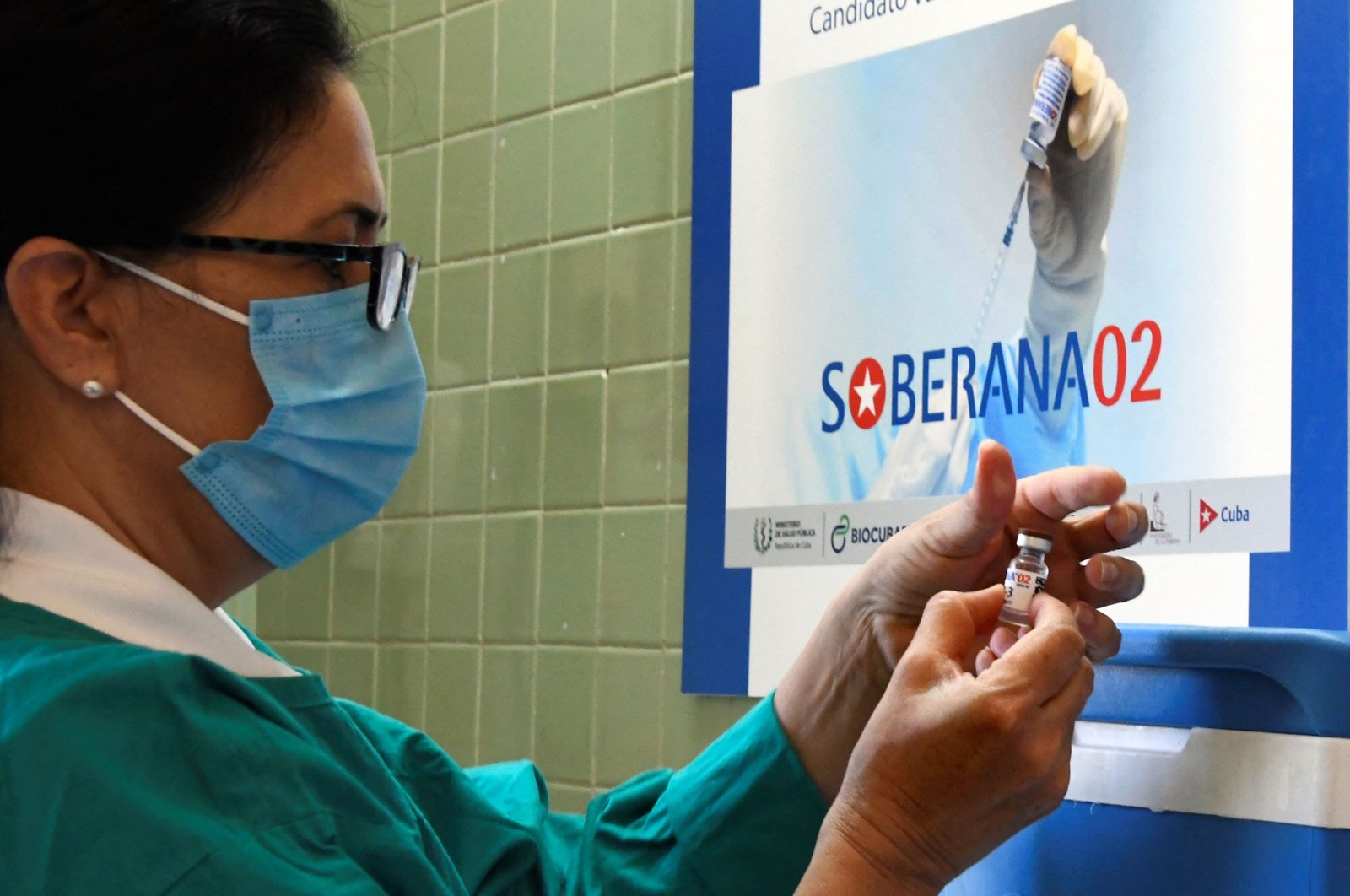 A nurse prepares a Cuban Soberana 2 vaccine candidate to be administered to a volunteer during its trial Phase III in Havana, Cuba, March 31, 2021. (AFP File Photo)
by REUTERS Jul 11, 2021 11:20 am
RECOMMENDED

The following is a roundup of some of the latest scientific studies on the novel coronavirus and efforts to find treatments and vaccines for COVID-19, the illness caused by the virus.

This week's roundup of the latest scientific research on the novel coronavirus and efforts to find treatments and vaccines for COVID-19 suggest that mRNA vaccines limit the severity of rare breakthrough infections and the Johnson & Johnson vaccine shows promise against the delta variant.

Lack of vaccine side effects no cause for concern

While a variety of side effects after receiving an mRNA COVID-19 vaccine may be a sign of the immune system kicking into high gear, a lack of such reactions does not mean it has failed to respond, researchers have found. They tested 206 hospital employees for antibodies against the coronavirus before and after receipt of the vaccine from Pfizer and BioNTech and surveyed them about vaccine-related reactions. As in clinical trials, arm pain was the most common symptom, reported by 91% after the first shot and 82% after the second. Systemic symptoms, such as feeling weak or tired, or having body aches or pains, were reported by 42% and 28%, respectively, after the first shot and by 62% and 52% after the second shot. But there was no correlation between vaccine symptom severity and antibody levels one month after vaccination, the researchers reported on Friday in a paper posted on medRxiv ahead of peer review. The researchers said the findings should reassure people that a lack of side effects after getting the mRNA shots does not mean the vaccine is not working as intended. The Moderna shot also uses mRNA technology.

In the rare cases of COVID-19 that occur after vaccination, patients are likely to be sick for less time and have milder symptoms than if they were unvaccinated, according to a U.S. study of nearly 4,000 health care personnel, first responders, and other frontline workers. In participants who were tested weekly since mid-December, COVID-19 has been diagnosed in five who were fully vaccinated with an mRNA vaccine from either Pfizer and BioNTech or Moderna, 11 who were partially protected, having received either one shot or were less than 14 days out from their second, and 156 who were unvaccinated. Most unvaccinated patients were sick for at least two weeks, compared with only one week for vaccinated patients, the researchers reported on Wednesday in The New England Journal of Medicine. Patients who were fully or partially vaccinated had 58% lower odds of fever and spent an average of 2.3 fewer days in bed than unvaccinated patients. Their viral loads also averaged 40% lower. "If you get vaccinated, about 90% of the time you're not going to get COVID-19," co-author Dr. Jeff Burgess of the University of Arizona said in a statement. "Even if you do get it, there will be less of the virus in you and your illness is likely to be much milder."

The single-shot COVID-19 vaccine from Johnson & Johnson showed promise against the highly contagious delta coronavirus variant in a laboratory study posted on Thursday on bioRxiv ahead of peer review. Analyses of blood from eight recipients of the vaccine showed that its neutralizing antibody activity against the delta variant, first identified in India, was reduced by 1.6-fold compared to an earlier version of the virus but is still higher than against the beta variant, first identified in South Africa. In trials last year while the beta variant was circulating in South Africa, the J&J vaccine showed 66% efficacy against moderate and severe disease. "We believe that our vaccine offers durable protection against COVID-19 and elicits neutralizing activity against the Delta variant," J&J Chief Scientific Officer Paul Stoffels said. So far, preliminary data has shown that vaccines made by Pfizer and BioNTech, AstraZeneca and Moderna are largely protective against delta, with the concentration of virus-neutralizing antibodies being somewhat reduced. Delta has become the variant of most concern around the world as it is more easily transmitted, may lead to more severe disease even in younger people, and is becoming the dominant virus version in many countries.

In 20% of households where humans had COVID-19 or had recovered from it, cats and dogs also had antibodies to the virus, researchers from the Netherlands found. They visited 196 households where humans had tested positive within the previous 200 days, to test pet cats and dogs for the coronavirus and for antibodies that would indicate past infection. Thirteen animals – six cats and seven dogs – or 4.2%, had COVID-19, and 54 – 31 cats and 23 dogs (17.4%) – had coronavirus antibodies. There was no evidence that pets were passing the infection to each other. Owners reported no or mild symptoms in the infected animals. "If you have COVID-19, you should avoid contact with your cat or dog," Dr. Els Broens of Utrecht University, whose team presented the data on Wednesday at the European Congress of Clinical Microbiology & Infectious Diseases, said in a statement. "The main concern, however, is not the animals' health ... but the potential risk that pets could act as a reservoir of the virus and reintroduce it into the human population." To date, however, no pet-to-human transmission has been reported, he added. "It seems unlikely that pets play a role in the pandemic."