To infinity and beyond: Hubble's great successor gears for launch 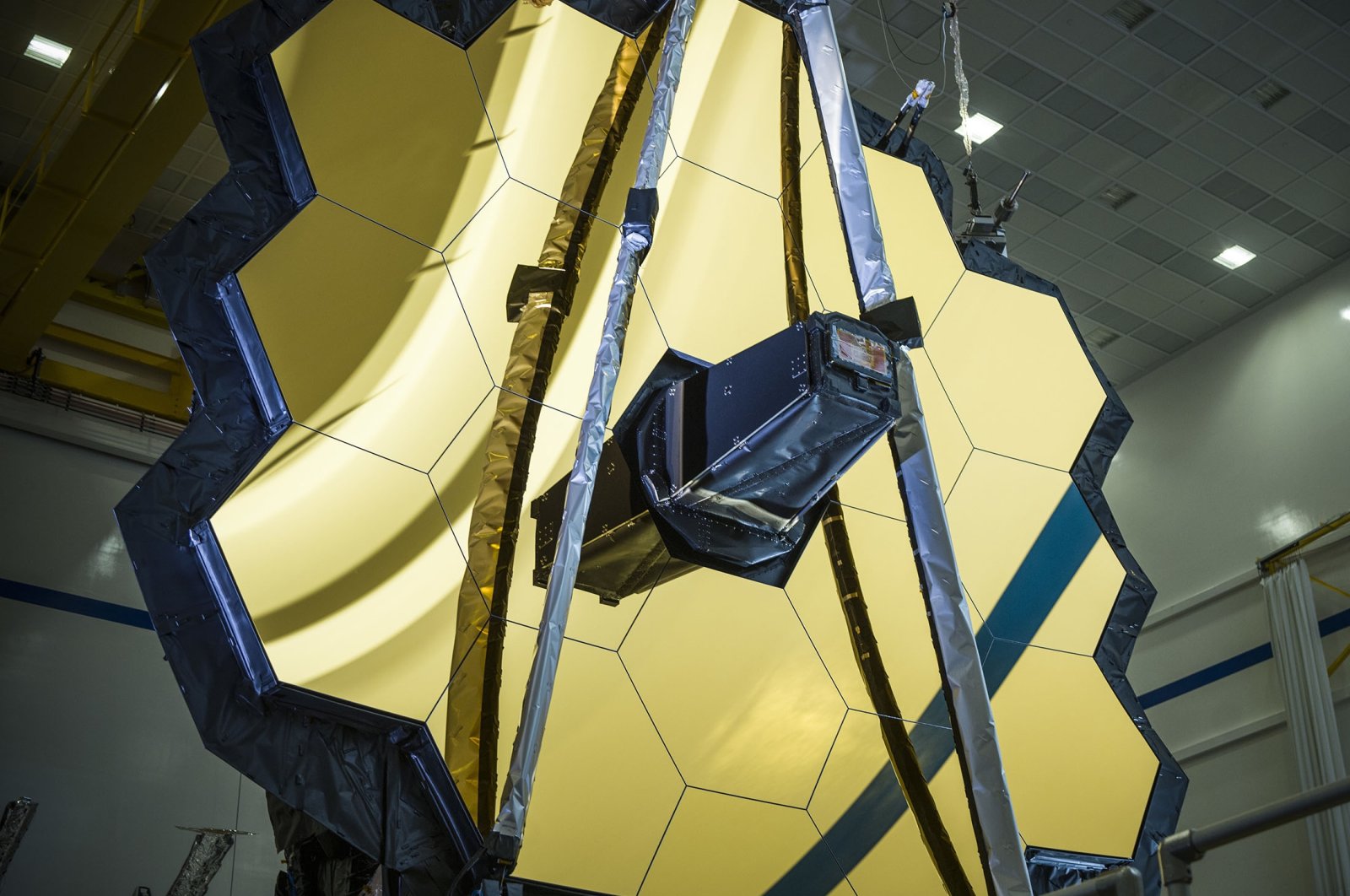 It will be the biggest and most powerful astronomical observatory ever to leave the planet, elaborate in its design and ambitious in its scope. At a budget-busting $10 billion, it is the most expensive and also the trickiest, by far, to pull off.

Set to soar after years of delay on Friday, the James Webb Space Telescope will seek out the faint, twinkling light from the first stars and galaxies, providing a glimpse into cosmic creation. Its infrared eyes will also stare down black holes and hunt for alien worlds, scouring the atmospheres of planets for water and other possible hints of life.

"There are over 300 things, any one of which goes wrong, it is not a good day," Nelson told the AP. "So the whole thing has got to work perfectly."

The Webb telescope is so big that it had to be folded origami-style to fit into the nose cone of the European Ariane rocket for liftoff from the coast of French Guiana in South America. Its light-collecting mirror is the size of several parking spots and its sunshade the size of a tennis court. Everything needs to be unfolded once the spacecraft is speeding toward its perch 1.6 million kilometers (1 million miles) away.

"We’ve been waiting a long time for this," said the Massachusetts Institute of Technology's planet-hunter Sara Seager. "Webb will move our search for life forward, but to find signs of life we have to be incredibly lucky."

Named after the man who led NASA during the space-trailblazing 1960s, the 7-ton James Webb Space Telescope is 100 times more powerful than Hubble.

The 31-year-old Hubble – increasingly creaky but still churning out celestial glamour shots – focuses on visible and ultraviolet light, with just a smattering of infrared light.

As an infrared or heat-sensing telescope, Webb will see things Hubble can’t, providing "an entirely new perspective on the universe that will be just as awe-inspiring," said Nikole Lewis, deputy director of Cornell University’s Carl Sagan Institute.

Webb will attempt to look back in time 13.7 billion years, a mere 100 million years after the universe-forming Big Bang as the original stars were taking shape. Scientists are eager to see how closely, if at all, these initial galaxies resemble our modern-day Milky Way.

To out hustle Hubble, Webb requires a considerably bigger mirror spanning 6.5 meters (21 feet). It also needs a canopy large enough to keep sunshine and even reflections from the Earth and moon of the mirror and science instruments. The shiny, five-layered thin shade stretches 21 meters by 14 meters (70 feet by 46 feet), essential for keeping all four instruments in a constant subzero state – around minus 240 degrees Celsius (minus 400 degrees Fahrenheit).

The most daunting part of the mission: Unfolding Webb’s mirror and sunshield following launch and locking them into a perfect position. The gold-plated mirror consists of 18 motor-driven segments, each of which must be meticulously aligned so they can focus as one.

NASA has never attempted such a complicated series of steps remotely. Many of the mechanisms have no backup, so the failure of any of 344 such parts could doom the mission.

Hubble had its own debacle following liftoff in 1990. A mirror defect wasn't detected until the first blurry pictures trickled down from orbit. The blunder prompted a series of risky repairs by shuttle astronauts who restored Hubble’s sight and transformed the machine into the world’s most accomplished – and beloved – observatory.

Webb will be too far away for a rescue mission by NASA and its European and Canadian partners.

To avoid a repeat of the Hubble fiasco, Zurbuchen ordered an overhaul of Webb after joining NASA in 2016, 20 years into development. Northrop Grumman is the prime contractor.

The sunshield ripped during a practice unfurling. Tension cables for the shade had too much slack. Dozens of fasteners fell off in a vibration test. All this and more led to more investigations, more delays and more costs.

The problems continued even after Webb’s arrival at the South American launch site in October. A clamp came loose and jolted the telescope. A communication relay between the telescope and rocket malfunctioned.

Now comes the long-awaited liftoff, set for 7:20 a.m. GMT Friday, with fewer spectators expected to travel to French Guiana because of the Christmas Eve timing.

It will take Webb a full month to reach its intended parking spot, four times beyond the moon. From this gravity-balanced, fuel-efficient location, the telescope will keep pace with Earth while orbiting the sun, continuously positioned on Earth’s nightside.

It will take another five months for chilling and checking of Webb’s infrared instruments before it can get to work by the end of June.

The Space Telescope Science Institute in Baltimore operates Hubble and will also oversee Webb. At least five to 10 years of observing are planned.

"Personally, I think that even with all of the hype, the Webb will still exceed expectations," said the institute’s Ori Fox, who will use Webb to study supernovae, or exploded stars. "Many of what are considered Hubble’s most inspiring discoveries were not part of the original plan."

His colleague, Christine Chen, who will focus on budding solar systems, finds serendipity "perhaps the most exciting aspect" of Webb. "The universe is more weird and wonderful than astronomers can imagine."