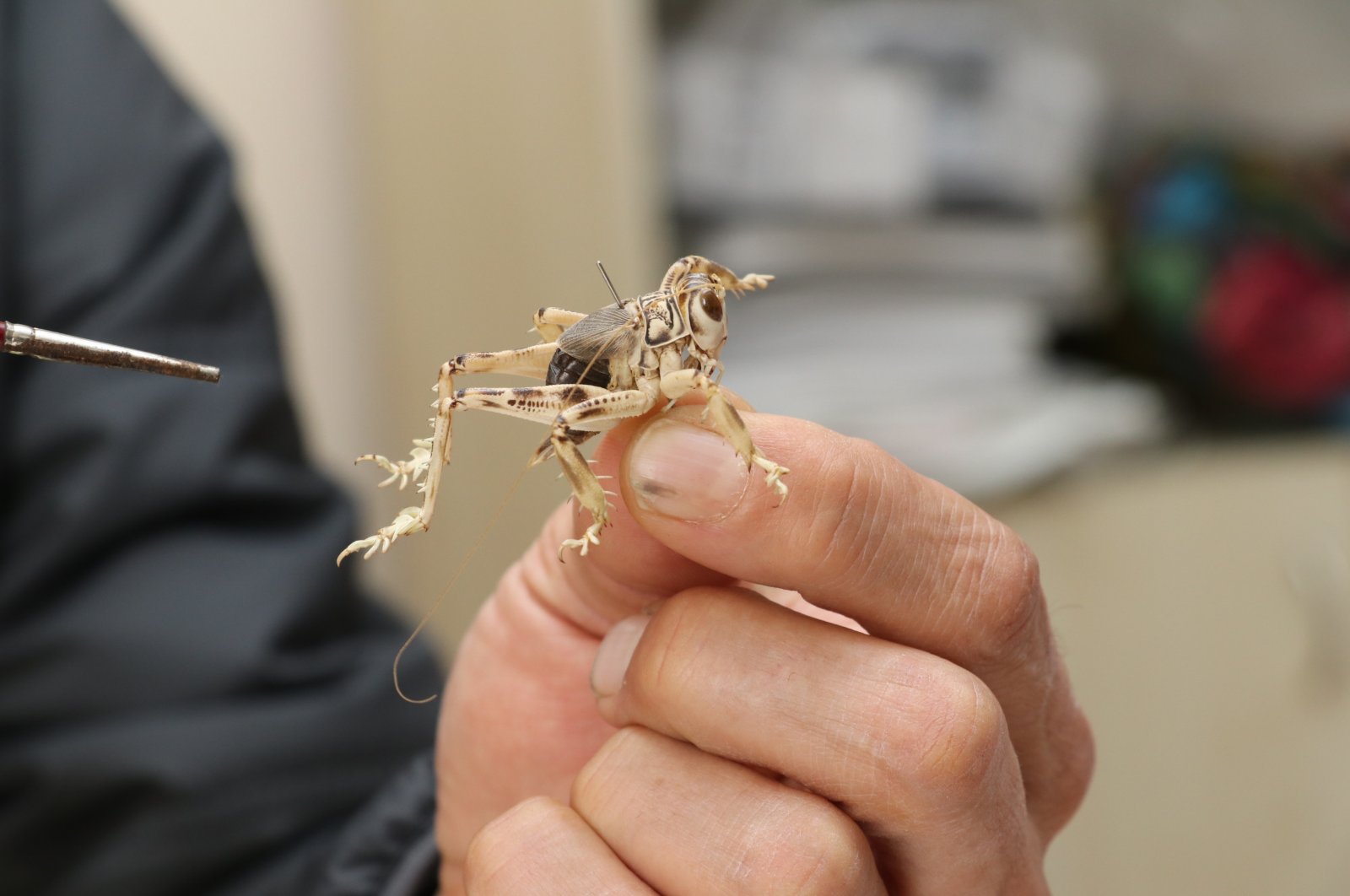 Extinct species have recently made headlines for coming back from the dead, as was the case when ferrets in the U.S. were cloned. Now, a Turkish scientist in the country's western Isparta province aims to reintroduce the dune cricket to the world, which was thought to be extinct 20 years ago.

Professor Gökhan Aydın from the Isparta University of Applied Sciences said he had proved approximately 20 years ago that the cricket, also known as Schizodactylus inexpectatus, was not extinct and that it self-breeds and consumes members of its own species.

Aydın, who is also head of the Plant and Animal Production Department of Atabey Vocational School in Isparta, stated that the cricket was discovered in Turkey at the end of the 1800s, and during that time, the number of these carnivorous grasshoppers was found to be decreasing according to studies conducted by foreign scientists.

He said they found the cricket, which was believed to be extinct because it had not been seen for a century, about 20 years ago in the Çukurova and Göksu deltas located in Turkey’s southern provinces of Adana and Mersin, respectively.

A number of scientists from Germany, Czechia, Italy and Poland had arrived in Turkey to study the insect's habitat after finding out that it exists again, said Aydın.

Noting that the insect was named the dune cricket because it is a key species in desert ecosystems and lives in the sand, Aydın said that he prepared scientific publications after researching the distribution of the cricket, its biological features, the effects of humans on the species and the effects of the cricket species on other living beings.

The dune cricket can be seen in the coastal areas close to the Mediterranean but so far only in Turkey, according to Aydın who has been observing the insects for the past 20 years by visiting the Çukurova and Göksu deltas.

However, the population of the rare species is decreasing by 90% due to environmental pressures. “This cricket, which hides in the sand during the day and does not go out for hunting, lives actively at night, feeds not only on grass but on harmful insects, and is also a cannibal. In other words, because it is a cannibal, it can eat other members of the same species,” Aydın told Anadolu Agency (AA).

Another interesting feature of the insect is that it self-breeds, said Aydın, while noting that it is a very delicate species. “It is an endemic species in Turkey. During our studies, we determined the characteristics of this cricket, and nearly 10 articles were published in international journals,” he said.

“We are telling the world about the scientific features of this species. In my last study, I am investigating the positive effect of this locust species on the reproduction of sea turtles.” He added that Turkey is a uniquely rich region for endemic species.