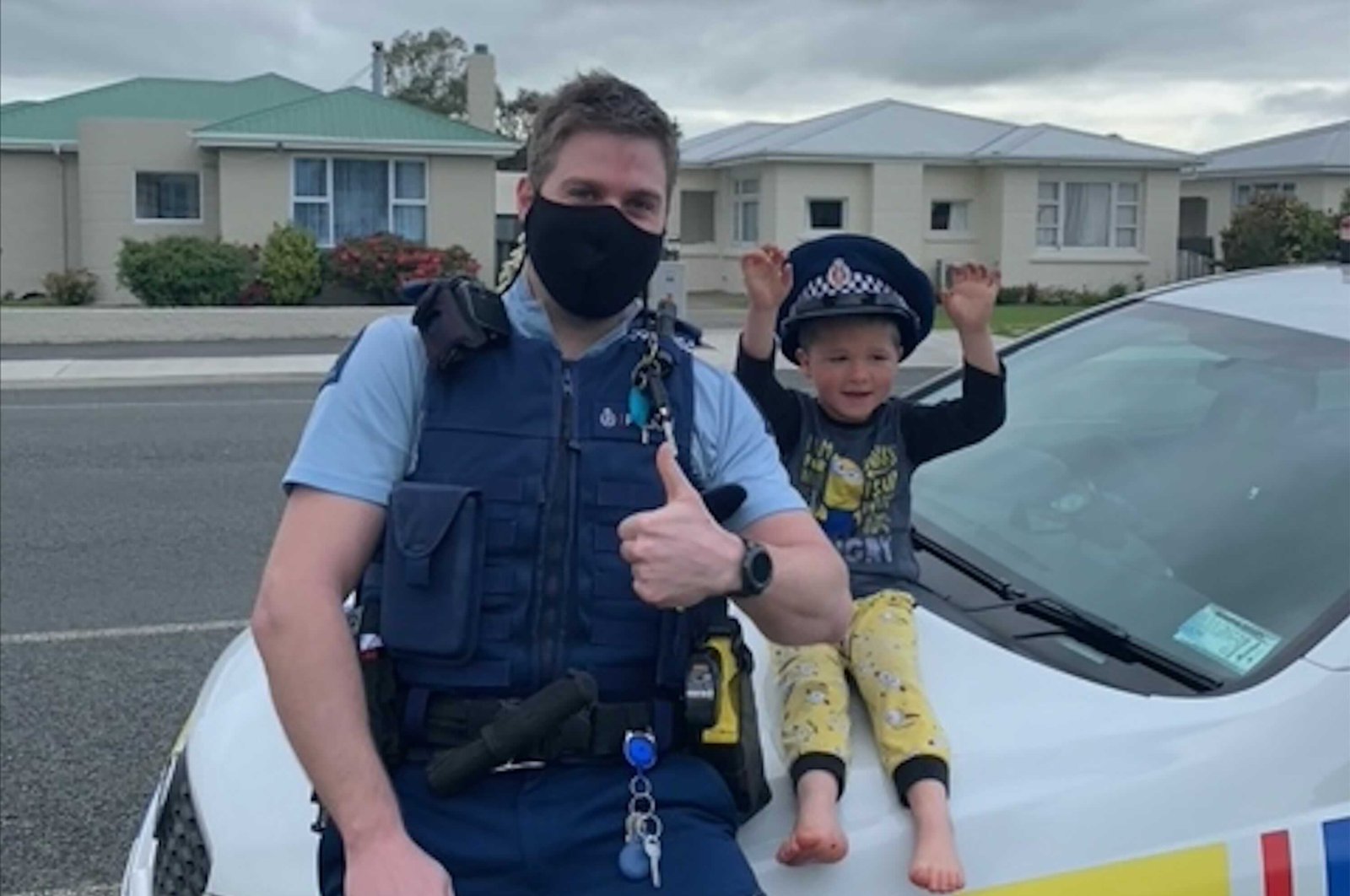 An officer identified only as Constable Kurt sits on his patrol car with a 4-year-old boy who is not identified, in the South Island city of Invercargill, New Zealand, Oct. 15, 2021. (NZ Police via AP)
by ASSOCIATED PRESS Oct 20, 2021 9:46 am
RECOMMENDED

A 4-year-old boy called the police in New Zealand and asked them to come over and check out his toys. And guess what, they did come to confirm that the toys were, indeed, pretty cool.

Police shared audio of the call on social media this week along with a photo of the smiling boy sitting on the hood of a patrol cruiser, noting that while they don't encourage children to call the emergency number, the incident was "too cute not to share.”

The call begins all business: “This is police, where is the emergency?”

There's a pause as the unidentified boy hesitantly says, “Hi," and then “Police lady?”

“Yes," the dispatcher says, switching to a friendlier, singsong tone. "What’s going on?”

“Um, can I tell you something?” the boy asks, and after being told he can, says “I've got some toys for you.”

“You've got some toys for me?” says the dispatcher.

“Yep. Come over and see them,” the boy replies.

A man then gets on the phone confirming the call was a mistake, saying the 4-year-old had been helping out while his mother was sick.

A police dispatch call then goes out, giving the address: “There is a 4-year-old there who is wanting to show police his toys, over.”

Police said the officer, who they identified only as Constable Kurt, was shown an array of toys at the boy's house in the South Island city of Invercargill.

They said the officer was also able to have a “good, educational chat” about the proper use of the emergency number, which is 111 in New Zealand.

“He did have cool toys,” Constable Kurt reported back after attending the callout, according to police. They added that, “The lucky kid also got to see the patrol car and the officer put the lights on for him, too."