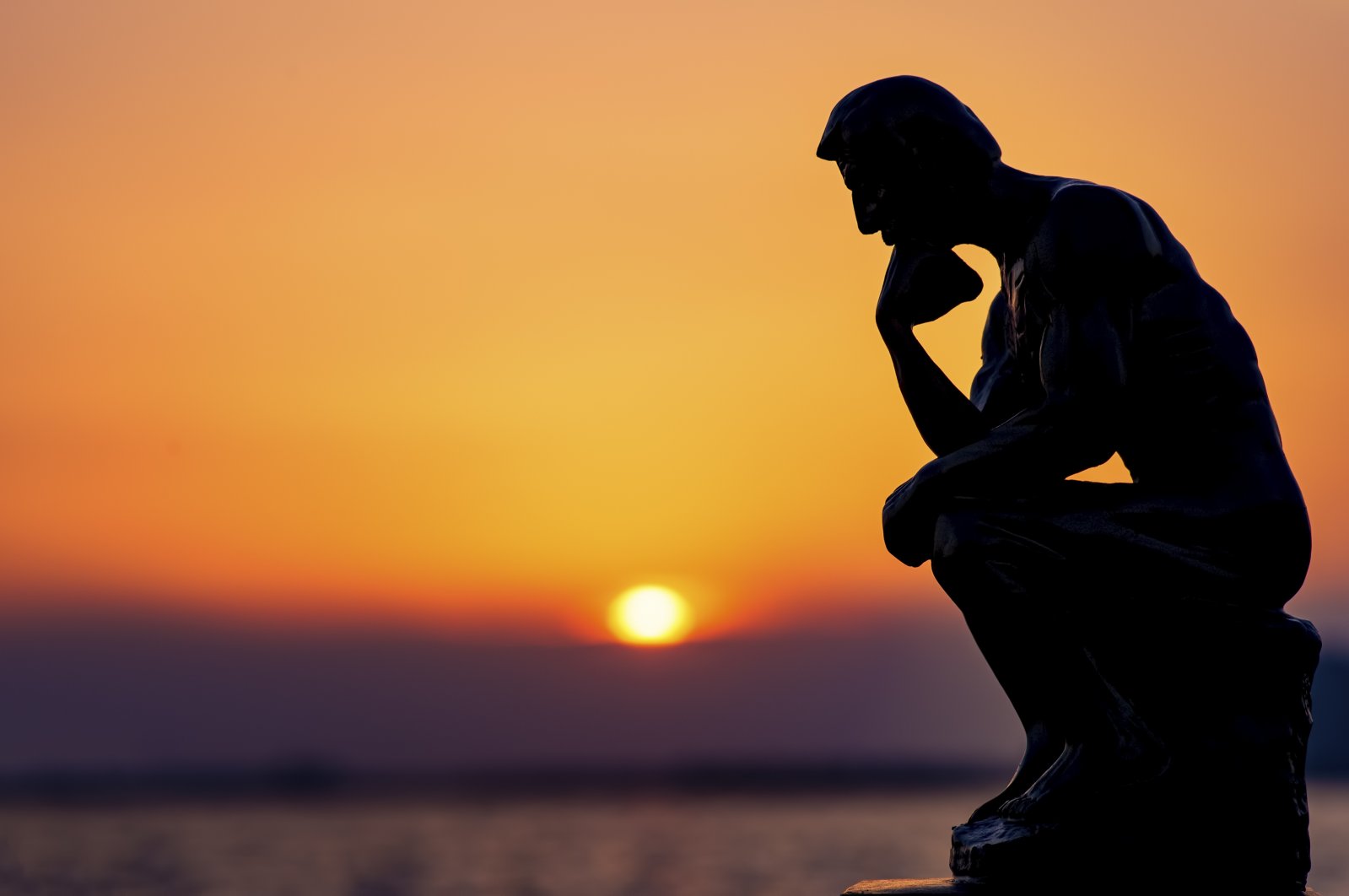 Principles in Stoicism could easily be applied to our modern day style of life. (Shutterstock Photo)
by Leyla Yvonne Ergil Jul 29, 2021 9:33 am

The philosophy of the Stoics remains surprisingly relevant to this day. Enjoying the moment, being mindful, grateful and accepting that which cannot be changed are all important principles of Stoicism that can easily be applied to our modern lives

Even in this day and age, there is a lot we can still learn from Stoicism and the Stoics, and it is no surprise that this philosophy that was once perpetuated across these lands has become the latest ancient philosophy to be resuscitated. In essence, the approach is based on methods of achieving happiness by minimizing negative emotions and maximizing gratitude and awareness.

Stoicism is a Hellenistic philosophy based on personal ethics that was dominant for hundreds of years during ancient Greek and Roman times. While it was founded by Zeno of Citium, now Cyprus, in the third century B.C., the three most famous and widely studied Stoic philosophers were Epictetus, who was a slave born in what is present-day Pamukkale, politician and playwright Seneca and Roman Emperor and warrior Marcus Aurelius. Their teachings on how to appreciate the moment, to not be controlled by external forces or the fear of death and to live by virtue, continue to stand the test of time and can serve as valuable guidelines to help us live our lives to the fullest today.

Check out these 10 principles of Stoicism we can apply to improve our lives right now.

“Don’t behave as if you are destined to live forever. What’s fated hangs over you. As long as you live and while you can, become good now.” This quote describes in short the Stoic way of life. The Stoics believed one should embody their philosophy in practice rather than just explain it as Aurelius goes on to state: “Waste no more time arguing what a good person should be. Be one.”

Distinguish what is and is not beyond our control

According to Epictetus, “The chief task in life is simply this: to identify and separate matters so that I can say clearly to myself which are externals not under my control, and which have to do with the choices I actually control.” He goes on to explain that “Some things are in our control and others not. Things in our control are opinion, pursuit, desire, aversion, and, in a word, whatever are our own actions. Things not in our control are body, property, reputation, command, and, in one word, whatever are not our own actions.” The importance of distinguishing between what is under our control and what is not is integral to the Stoic way of life and is the key to what we all seek in life. For Epictetus, the key to life is as simple as this; “Happiness and freedom begin with a clear understanding of one principle. Some things are within your control and some things are not.”

Treat every challenge as an opportunity

One of the most important virtues for the Stoics was the ability to acknowledge and accept events that occurred beyond their control and to reroute their emotional mind from perceiving such instances in a negative light, which makes their happiness impenetrable. In those unwanted situations that are beyond our control, the Stoics advise we rise to the challenge by responding and not reacting. The way to do so is to perceive the situation as an opportunity for personal growth. As Marcus Aurelius states: “You have power over your mind; not outside events. Realize this, and you will find strength.”

Marcus Aurelius would practice what is referred to as taking “Plato’s view” and was in essence zooming out and looking at life from a universal perspective to realize how very insignificant we all are in the true realm of things. “Think of the whole universe of matter and how small your share.”

Appreciate what you have

That said, the Stoics also found it very important to be grateful for all that we do have and to not entertain thoughts of lacking. “He is a wise man who does not grieve for the things which he has not, but rejoices for those which he has,” stated Epictetus. For a greater understanding, Aurelius advised imagining life without all you are grateful for, by stating, “Do not indulge in dreams of having what you have not, but reckon up the chief of the blessings you do possess, and then thankfully remember how you would crave for them if they were not yours.”

Wealth is in not wanting

Epictetus says it best, explaining that for the Stoics “Wealth consists not in having great possessions, but in having few wants.”

It’s okay to ask for help

If Marcus Aurelius, one of the greatest Roman emperors to ever live, needed help from time to time, then who are we to begrudge ourselves from occasionally accepting a helping hand? “Don’t be ashamed of needing help. You have a duty to fulfill just like a soldier on the wall of battle. So what if you are injured and can’t climb up without another soldier’s help?”

Resting the mind is important

Seneca once wrote, “The mind must be given relaxation – it will rise improved and sharper after a good break.” While the definition of the word stoic has entered the dictionary as a person who can endure hardship without complaining, this doesn’t mean that they didn’t place importance on rest and relaxation.

Trust in your path

Seneca refers to having peace of mind as “euthymia,” a concept which he describes as “believing in yourself and trusting that you are on the right path, and not being in doubt by following the myriad footpaths of those wandering in every direction.” Epictetus further explains achieving this state, saying: “Demand not that events should happen as you wish, but wish them to happen as they do happen, and your life will be serene.”

Don’t fear death: Use it to give your life value

For the Stoics, the inevitability of death was something not to worry about but instead to meditate upon in a practice referred to as “memento mori.” This plays on their belief about not worrying about things that cannot be changed and making the most of every day we have. The practice involves focusing on giving our lives a sense of purpose and urgency and to not waste the precious time we do have. “As each day arises, welcome it as the very best day of all, and make it your own possession. We must seize what flees ... It is not that we have a short time to live, but that we waste a lot of it,” said Seneca.

Further reading: Most of the quotes cited are from Marcus Aurelius’ “Meditations,” Epictetus’ “The Enchidiron” and “On the Shortness of Life” by Seneca. For a deeper understanding of Stoicism philosophy and the lives of the figures who established its framework, prolific bestselling author Ryan Holiday has multiple books on Stoicism, which have been integral to its recent revival as a method of living life to the fullest.