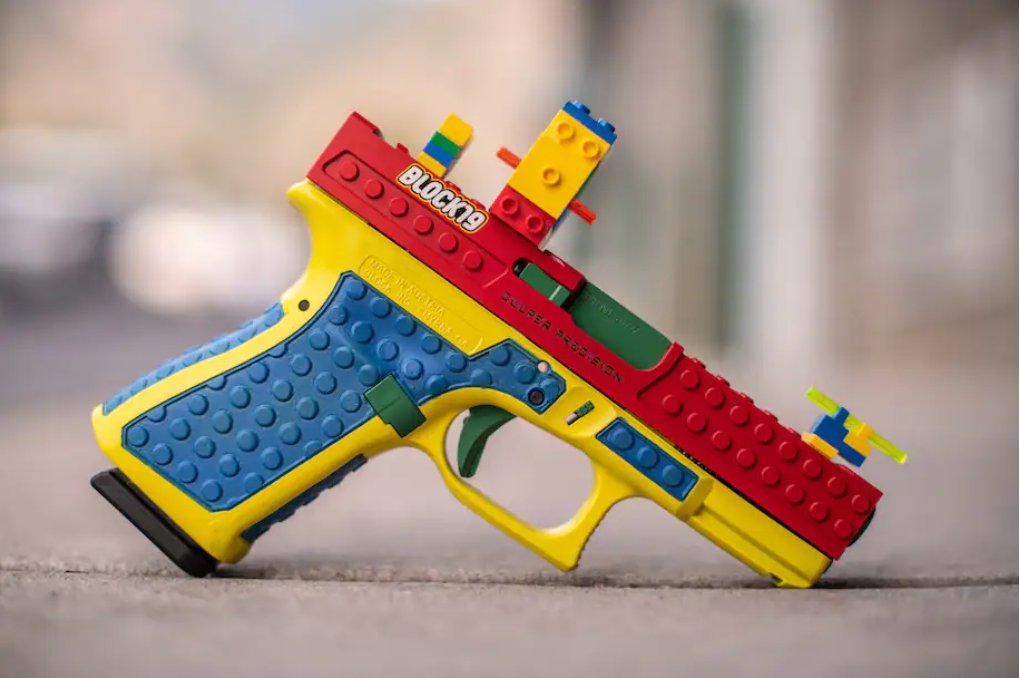 According to The Washington Post, before the listing was taken down, the gunmaker's website proclaimed, “There is a satisfaction that can ONLY be found in the shooting sports and this is just one small way to break the rhetoric from Anti-Gun folks and draw attention to the fact that the shooting sports are SUPER FUN!” Before it was removed from its inventory, the company had set the price tag for the colorful kit as between $549 and $765.

But the modification was immediately engulfed in controversy, with many claiming it turned the deadly product into something resembling a light-hearted toy for children.

“This, if real, is the most irresponsible gun modification I have seen in a long time. Perfect fodder for the ‘Everytown for Gun Safety’ people. Not a help,” one Twitter user wrote Thursday in response to the company's advertisement.

Another user tweeted: "I'm a long-time LEGO fanatic. I know this is not an official product of the LEGO company. This gun is offensive at every level and I'm not someone who is opposed to guns. Guns that resemble cute children's toys are asking for dangerous consequences."

A third user wrote: “Nothing says you are stupid (more) than making your real gun look like a toy. This is the dumbest idea I have ever seen.”

The criticism wasn't limited to social media. Several organizations spoke out against the product. "Our organisation reached out to Lego, which then sent a cease and desist letter to the reckless gun maker," said Shannon Watts, founder of the group Moms Demand Action, which advocates for stricter gun controls, according to an ABC news report.

The Lego Group has since demanded the Utah-based company stop production of the blue, yellow and red covering.

In response to the backlash, Culper Precision has taken to social media to offer a "no press is bad press" response to critics, expressing appreciation for the "attention that Block19 is currently getting across the globe."

After listing the importance of responsible firearm use and legal rights, the company expressed on Instagram: "People have the right to customize their property to make it look like whatever they want. It is our business to assist firearms owners in making their guns better reflect them as a person and individual, our pieces speak to the owner of the gun as they have selected those options from a seemingly infinite range of possibilities. It seems that no matter what we create in the firearms industry anti gunners seem to leverage every *true* innovation (block19 is NOT an innovation it is a fun safe queen) shortly after its release to talk about why guns are bad. We are sick of the past."

There are currently no laws in any U.S. state that forbid making guns look like toys, and gun violence and mass shootings continue to be a pressing issue for the country.