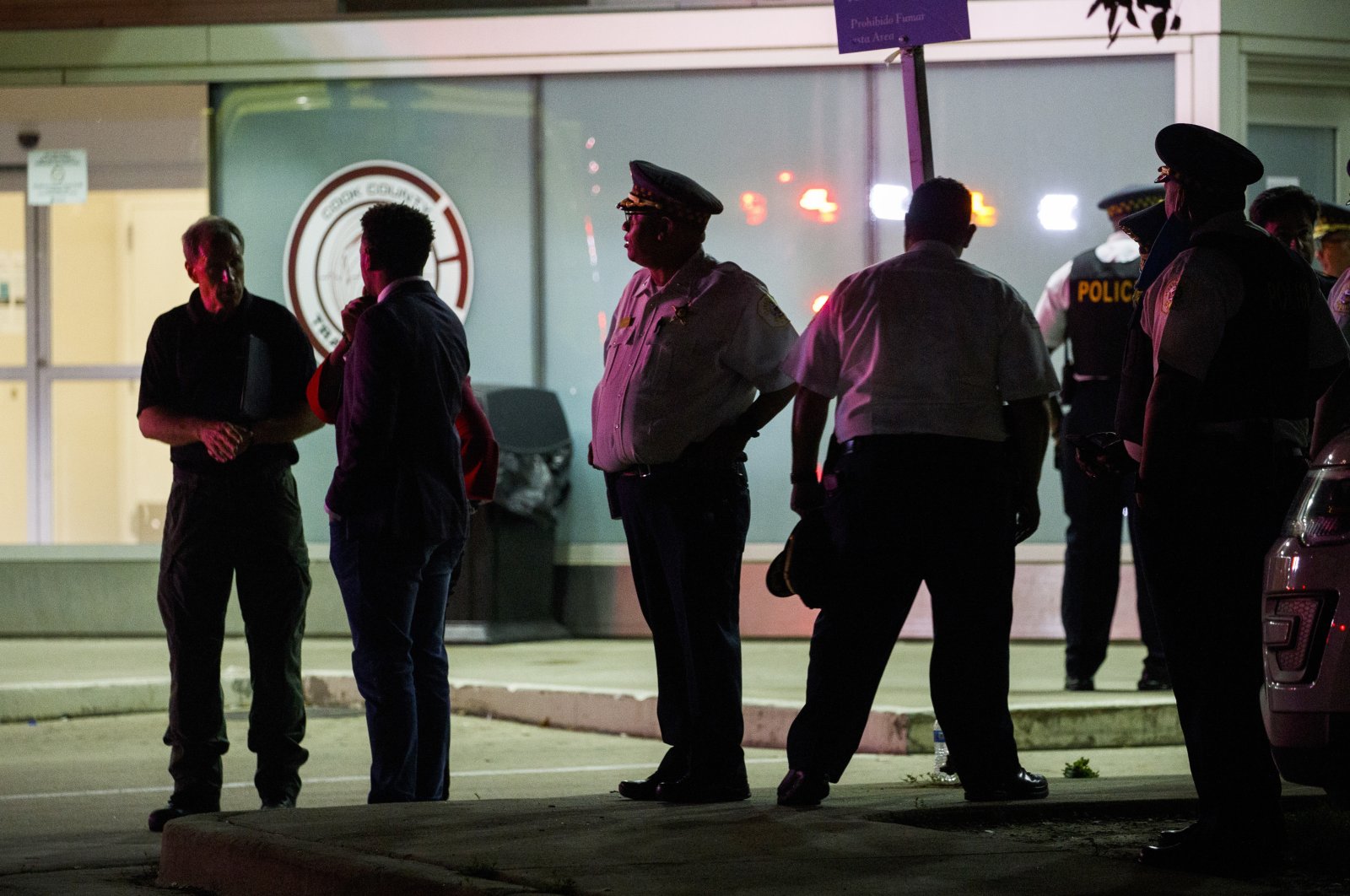 Police gather outside Stroger Hospital where two officers were brought after being shot while dispersing a crowd on the 100 block of North Long Avenue during the Fourth of July long-weekend in the early hours of Monday, July 5, 2021, Chicago, U.S. (Chicago Tribune via AP)
by Anadolu Agency Jul 05, 2021 10:28 pm
RECOMMENDED

Another hyperviolent weekend in the United States city of Chicago has left 14 people dead and another 67 people wounded by gunfire, with yet hours to go before the three-day holiday ends.

By midday Monday, the total number of those shot included a 5-year-old girl and a 6-year-old shot in the same south-side neighborhood just hours apart. In both instances, as it was with most of the shootings, the victims were innocent bystanders in outdoor gatherings, caught in the crossfire of gang-related shootings on a very hot weekend.

"As we've seen too many times," he said, "tragically, someone else is being targeted and the unintended target, an innocent child, is struck."

Also shot were two Chicago police officers who were trying to disperse a large crowd that had gathered to watch fireworks. The injuries to both officers were considered minor.

All this comes on the heels of the previous, shorter weekend, in which 77 people were shot, including 17 people shot in two mass shootings, and seven deaths.

Chicago has struggled with gang-and-gun violence for years, but the number of shooting victims, fatal or nonfatal, has jumped 12% since this time last year, and data shows that more people in outdoor crowds are being shot than in previous years. Chicago police have been trying to balance how to leave outdoor crowds alone, against dispersing them out of shooting fears.

And even with some of the most restrictive guns laws in the nation, Chicago is plagued by illegal guns that flow from the neighboring, more permissive gun state of Indiana, right on its border.

Chicago Mayor Lori Lightfoot is also blaming a pandemic-related slowdown in the justice system that allowed more gun offenders to slip through the legal cracks. And last week, she bemoaned the constant cycle of gang members on the hunt for quick "street justice" whenever there is a previous shooting, rather than letting the legal system play itself out.

"Their thirst for revenge," she said, "has no sense of decency."