The Matrix Awakens: An ‘Unreal’ experience worth trying 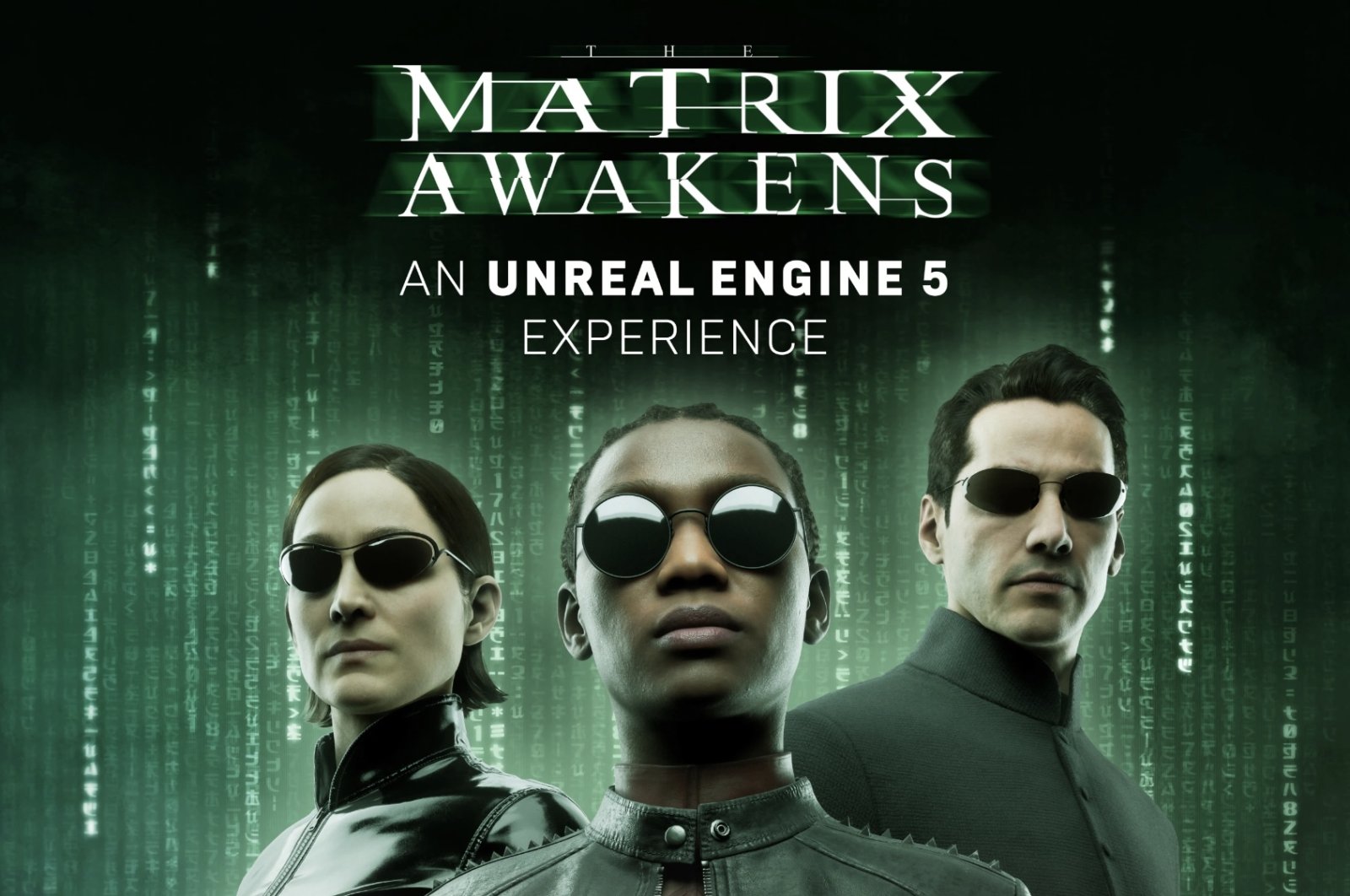 The promotional poster for the Matrix Awakens (Photo courtesy of Epic Games and Warner Bros.)
by Emre Başaran Dec 20, 2021 7:25 am

The capabilities of Unreal Engine 5 show what the future holds for gaming on next-gen consoles while the easiest way to experience Wachowskis’ dystopia awaits you, for free

When the first movie of the blockbuster Matrix trilogy was released in 1999, it was a glimpse into the high-tech future that the globe was about to cruise into.

The groundbreakingly futuristic and realistic animations in the film made us all feel like we were in the shoes of Thomas Anderson or “Neo” as Keanu Reeves displayed his Matrix-style flexibility to dodge bullets fired by scores of Agent Smiths.

Now, it’s time to add some tactile feel to the captivating universe of the Matrix as we experience it.

The Matrix universe has always been a pleasure for sci-fi fans but considering its high-tech theme, it’s the perfect medium to set a game in.

The first game set in the Matrix universe was “Enter the Matrix,” which got lukewarm reviews at best. It was no masterpiece in any sense of the word.

Nevertheless, Matrix is so strong as a franchise for its fans that it’s one of the few games that fared better in user reviews rather than critic reviews on Metacritic. For any other game, this is usually the other way around as gamers themselves can be a lot more critical towards a product than magazines as they are the ones paying their hard-earned money to play.

Later on, the Matrix Online, a massively-multiplayer role-playing game (MMORPG) was released. Another “meh” product that could only gain some popularity thanks to the strength of the franchise it was representing.

And then there was Matrix – Path of Neo. Yet another average game – and a very underrated one as some might say – of a spectacular franchise.

The thing that made Matrix fans love such mediocre games was the Matrix itself – but things are probably about to change.

Because the Unreal Engine 5 (UE5) showcase demo, the Matrix Awakens looks promising, even with a couple shortcomings intact. So let’s take a look.

Not a full game, at least for now

To set the record straight: There is no confirmation that this impressive piece of tech, the Matrix Awakens, will become a fully-fledged game. This is just a genius advertisement for Epic Games’ new game engine UE5. It is meant to showcase the technical capabilities of the engine and how realistic it can make games look.

Just like we have seen in last year’s “Lumen in the Land of Nanite,” which was another showcase of UE5’s capabilities, the Matrix Awakens may well end up being just a commercial intended for the general audience.

“Lumen in the Land of Nanite” was only intended to be an advertisement for UE5, as “lumen” and “nanite” were two references to the lighting and virtualized geometry capabilities of the UE5. Nevertheless, as the fourth movie in the Matrix series, Matrix Resurrections is underway and the popularity of the franchise is hitting a peak once again after all those years, it wouldn’t be silly to assume that the people behind the impressive tech demo will continue their work to make it a fully-fledged game.

Now let’s take a look at what the demo feels like.

I installed it on my Xbox Series S and played it on a 1080P TV, as the currency situation in Turkey does not allow for a better experience, so it wouldn’t be fair to criticize the visuals from my own experience. Nevertheless, the demo still looks sharp, beautiful and truly dystopian – just like in the franchise. Watching people on YouTube play the demo on their fancy PlayStation 5’s and Xbox Series X’s made me believe that I’m not missing out on much – sure the visuals are better thanks to a superior console outputting in a 4K resolution, but the main problem is the frame rate, which is below average at best.

Of course, it’s a demo, but I’d expect at least a stable 60, or even 30 FPS on the powerful PS5 or Series X. But just like I experienced, the frame rates hover at around below-30 level for most of the time.

Of course, the developers behind this demo will probably optimize the frame rates and polish driving mechanics if they do decide to make this into a real game, so not a huge issue.

What’s really beautiful is the freedom that a free demo grants you. After finishing an impressive prologue that shows UE5’s capabilities in particle and explosion physics by firing a lot of bullets against car tires and Agent Smiths, you can just cruise around the city as much as you want, drive over Matrix people who instantly dissolve into the trademark “Matrix code” the moment you hit them with a car, enjoy the beautifully crafted and huge city. I mean, huge. According to an article written by Richard Leadbetter on Eurogamer.net, the city in the game is 4,138 kilometers wide and 4.968 kilometers long (2,571 miles wide and 3,086 miles long), slightly larger than the size of real-life downtown Los Angeles.

The city surface is 15.79 square kilometers (about six square miles) while the city perimeter is 14.519 kilometers long; there are 260 kilometers of roads in the city while there are 512 kilometers of sidewalks in the virtual NYC. There are 1,248 intersections and 45,073 parked cars, of which 38,146 are drivable and destructible. There are 17,000 simulated traffic vehicles on the road that are destructible too; and 7,000 buildings. Those are incredibly impressive specs for a full-fledged game, let alone a demo.

And another freedom the game grants you is the ability to switch to a free camera to literally fly around in the city, increasing the “Matrix” feel. This way, you can truly understand the size of the city and continue playing anywhere in the town after you switch back to third-person mode.

To sum it all up: Please give Matrix Awakens a try so that you can feel a little like Neo yourself, and it’s free. Besides, let’s all hope that the developers behind this demo do make it into a real game so that such a potential is not wasted.

"You have to let it all go, Neo – fear, doubt, and disbelief. Free your mind!"