This is how a Turkish ice cream vendor gets married 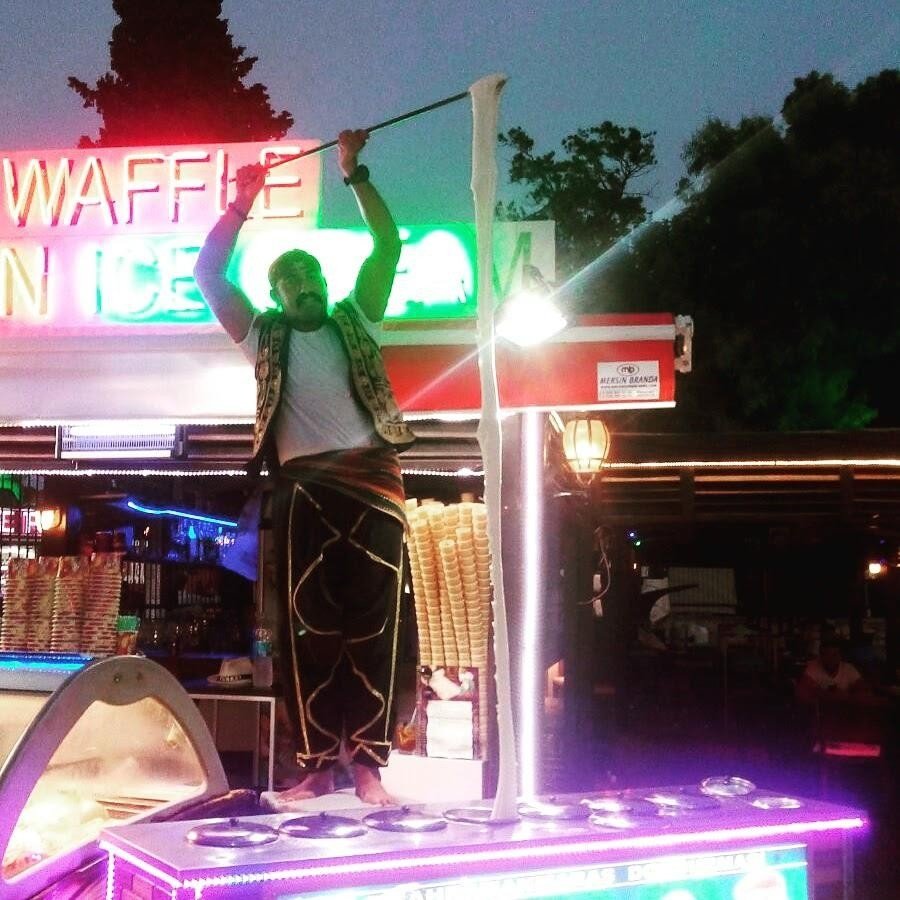 We all love Turkish ice cream, also known as Maraş ice cream in Turkey, but do we love it as much as to have it at our wedding instead of a traditional wedding cake?

Well, that's what Yakup Ceren, a Turkish ice-cream vendor from the Maraş ice-cream's namesake city, did.

The ice-cream seller, who got married in Kahramanmaraş, performed a series of acts for his guests while attending his wedding ceremony. After the show, which was thoroughly enjoyed by the guests, the groom presented the first serving of the ice cream to the bride.

Yakup Ceren, who has been making and selling ice cream all over Turkey for about 15 years, married Ayşen Tuana Ceren. Turkish ice cream is a serious business with it being exported globally.

Ceren left no stone unturned to surprise the guests. The ice-cream maker groom first used an ax to cut the 70 kilograms (around 154 pounds) of ice cream that was brought to the reception center, then offered a serving to the bride.

No teasing this time though.

Saying that they wanted to cut ice cream instead of cake at their wedding, the groom Ceren said: "I'm an ice-cream maker and I have been making it for everyone, this time I said 'let's do it ourselves,' and I did. It was very nice. I conduct the ice-cream business in different parts of Turkey. When the wedding was in Kahramanmaraş, I cut the ice cream with an ax."

"Our friends distributed the rest to the guests. An average of 70 kilograms of ice cream was distributed. Cake is too cliche, we can't just cut a cake while there is the option of ice cream."

Ayşen, the bride, who is from Turkey's central city of Kayseri, said: "We wanted to do something like this because having a wedding cake is the classic thing to do. Since I'm from Kayseri, we don't see things this way, so it gave my relatives the opportunity to witness it, and it was very nice."

It's safe to say that the couple will never be out of ice cream.