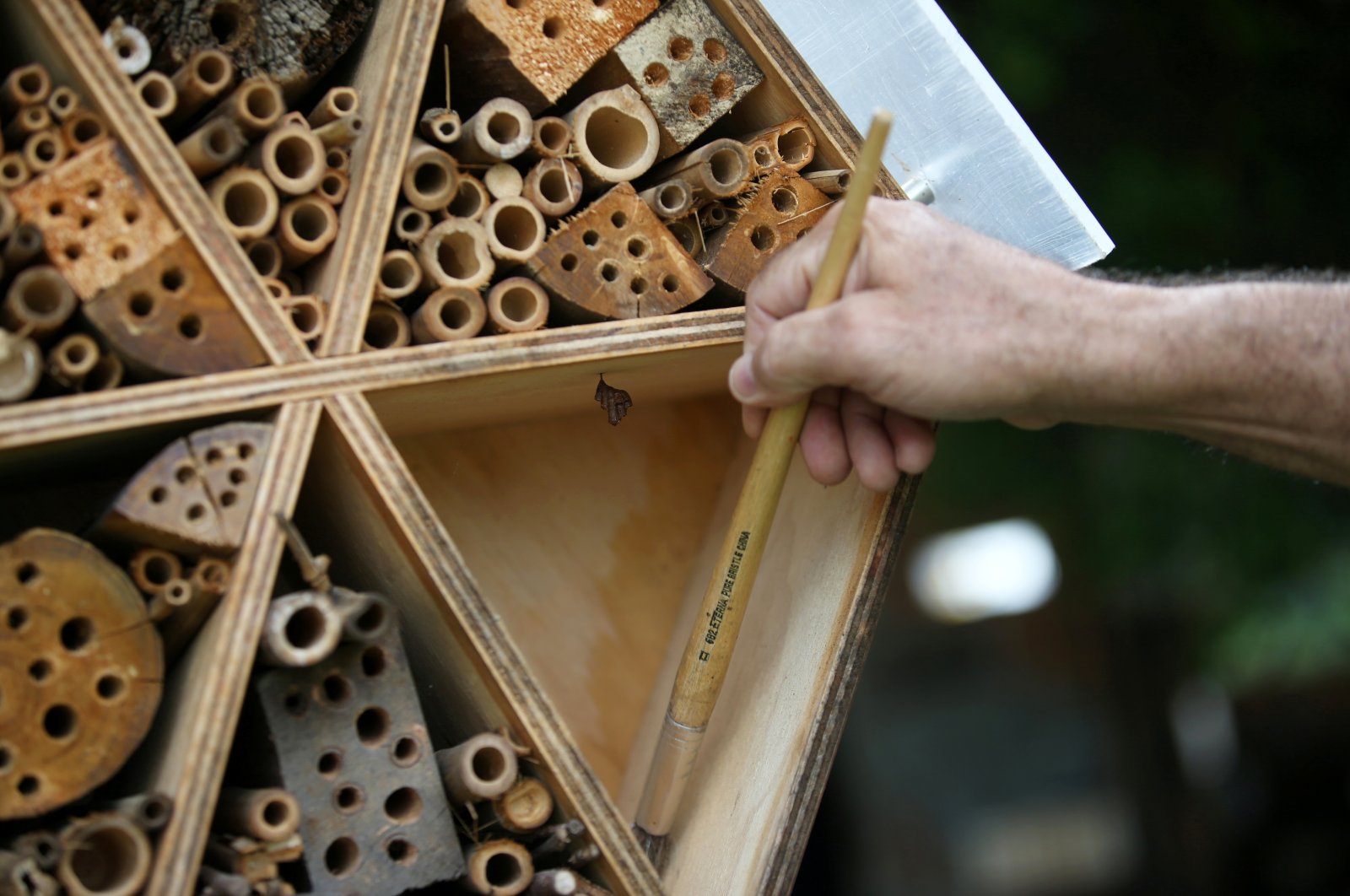 Hector Ivan Valencia, an assistant for the local authority's risk management unit, cleans the structure of a wooden hotel for solitary bees made by the Metropolitan Area of the Aburra Valley (AMVA) in Barbosa, Colombia, April 21, 2021. (Reuters Photo)
by Reuters May 04, 2021 3:01 pm
RECOMMENDED

Solitary bees are always hard at work, buzzing from flower to flower while pollinating. To give these busy bees a rest, tiny hotels have been built by the Aburra Valley Metropolitan Authority in Barbosa, Colombia, where these tiny creatures can take a break after a long day of work.

Lovingly built from wood, with acrylic roofs to protect them from rain, the hexagonal structures are filled with a variety of bamboo canes that allow bees of all shapes and sizes to check in for a well-deserved rest.

"It's like a hotel because here they're going to have a quiet moment in their room ... before setting off again," said Hector Ivan Valencia, an assistant for the local authority's risk management unit.

During the day, assistants like Valencia delicately clean the bamboo rooms using tools such as paintbrushes.

"If this were a regular hotel, I'd be one of the people cleaning the rooms," Valencia said.

Colombia, the world's second-most biodiverse country, has registered 550 varieties of bees within its borders according to the environment ministry, although the true number of species could be as high as 1,445.

As elsewhere in the world, Colombia's bees, vital for fertilizing plants, are threatened by human activity, including the use of pesticides and fertilizers, and also by climate change.

The bee hotels were installed to protect species found in the 10 municipalities of the metropolitan area of the Aburra Valley, including Barbosa and Colombia's second city Medellin.

"Globally (bees) are being negatively impacted and they are losing more spaces every day," said Juan David Palacio, director of the metropolitan area's environmental and transportation authority.

Yet while the plight of honey bees generates more of a buzz, solitary bee species do not have anyone in their corner, Valencia added.

"These little bees are supremely sensitive to poisons and since they don't produce honey no one speaks up for them, so we're coming to the rescue," he said.