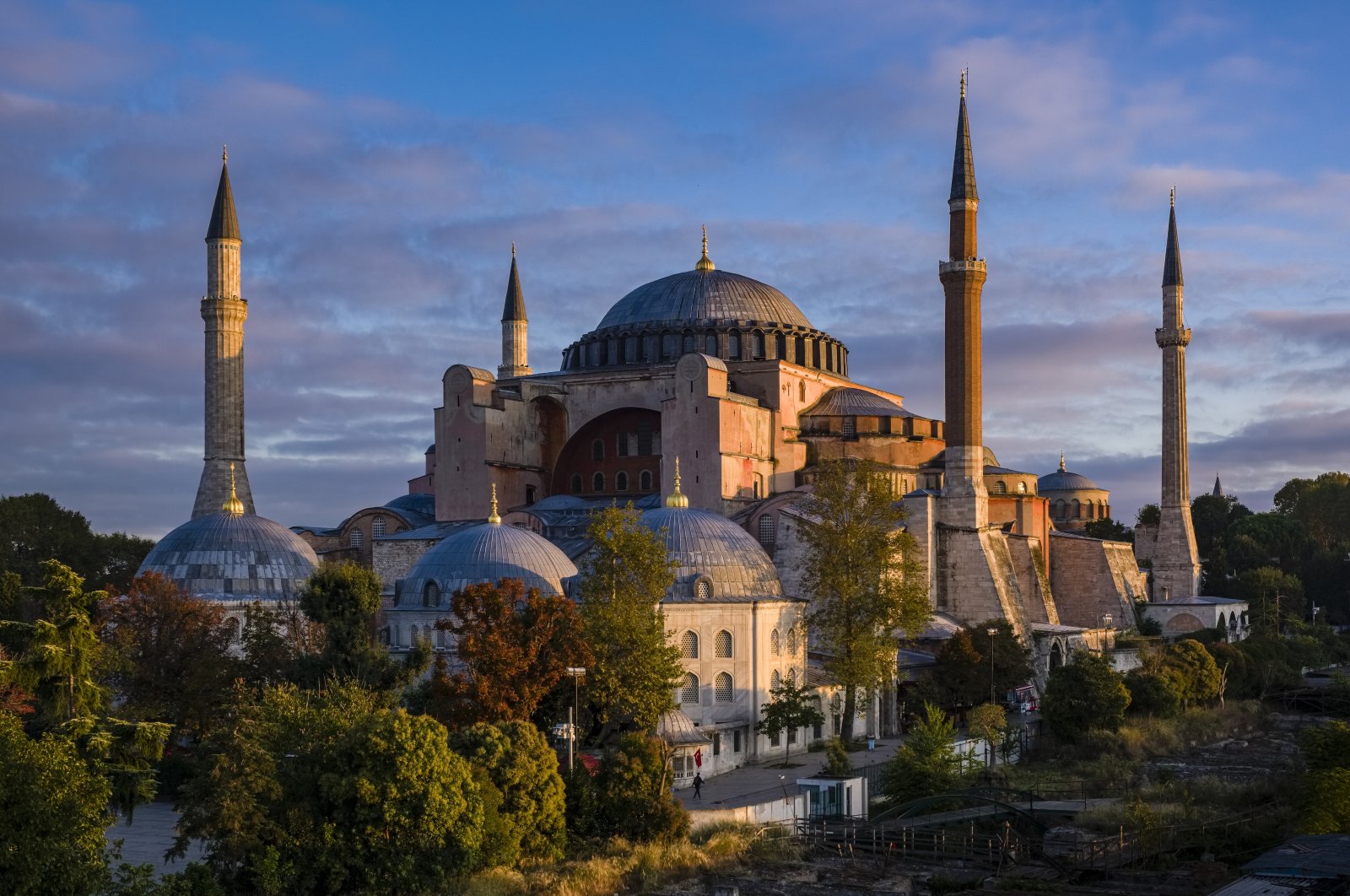 While Turkey is often promoted as a destination for Western tourists with its sunny sandy beaches, little do most know that it also has great spots that bear traces of Turkish, Islamic and Ottoman history

Turkey’s history is vibrant in its religious and cultural diversity, with endless sites of Byzantine, Roman and Greek history and an important place for Christianity, and more recently, an abundance of Ottoman and Seljuk landmarks that have special importance for Turkey and in Islamic history. Each year, thousands of people from all over the world come to Turkey with the intention of exploring its religious and traditional history.

In this niche of tourism, Turkey is perhaps the ideal country to travel to with the sheer number of religious sites, many of which are protected by UNESCO as a World Heritage Site. Here are some of the most important and well-loved cities and conservative-friendly sites that any traveler should not miss.

Bursa has particular importance in Ottoman history. While most consider Istanbul to be best-known for Ottoman sites, it’s Bursa that became the very first capital of the Ottoman Empire in April 1326, when Osman Ghazi laid siege on the small principality to gain control over it and lay the foundation for an empire that became his namesake, the Ottoman Empire. There are several sites of importance here for history enthusiasts.

Downtown Bursa is where most tourists will find beautiful, artistic mosques, caravanserais and külliyyes, which are religious complexes with schools, clinics, bakeries, kitchens and Turkish baths, from the early Ottoman period.

Ulu Mosque is hard to miss. Also known as the Grand Mosque of Bursa, it was commissioned by Ottoman ruler Bayezid I in the 14th century and remains one of the best examples of early Ottoman architecture. Most tourists will be impressed just by the massive size of the building, which boasts 20 domes, but step inside and you will be marveled again by the intricate Islamic calligraphy decorating the walls.

Nearby, you will find the peaceful Orhan Gazi Külliyesi. Explore the yards of this mosque and religious complex and venture into the bathhouse of the complex, which has been converted into Aynalı Çarşı, a small art bazaar. Adjacent to the mosque is Koza Han, one of the most well-known historical sites in the city. This multilevel caravanserai converted into a marketplace has stunning examples of Ottoman architecture, with a variety of shops, including small tea cafes. Named after a silk worm’s cocoon, this historic marketplace was, and still is, renowned for its silk trading, even having been visited by Britain's Queen Elizabeth II.

Not too far is the UNESCO-protected Yeşil Külliye (Green Mosque), known for its beautiful blueish-green tile design and mosaic work both inside and outside the structure. It’s hard to miss this vibrant building and definitely worth the walk!

Other important sites worth a visit include the Muradiye Mosque, Yıldırım Beyazıt Külliyesi, the Osman Gazi Tomb and the Orhan Gazi Tomb in Tophane Park, Çukurhan, and the historic UNESCO-protected villages of Cumalıkızık and Iznik.

A city of countless churches and mosques, and the heart of Ottoman history, Istanbul boasts many sites for religious and traditional tourism. Most tourists would be sure to visit the Blue Mosque (Sultanahmet Mosque), which gets its name from the beautiful blue Iznik tiles that decorate its interior, Hagia Sophia Museum, recently converted into an active mosque, and Topkapı Palace, the primary Ottoman residence, boasting a large collection of Islamic and Ottoman artifacts.

However, there is an abundance of other mosques to visit, some active, some museums, and all unique in their own right. The neighborhood of Fatih alone has several active mosques worth seeing, including Yeni Mosque (New Mosque) and Süleymaniye Mosque, the second-largest mosque in Istanbul, and considered one of the best examples of Ottoman works in its intricate interior design, which stand out in a picturesque view of the Eminönü Port, as well as Fatih Mosque.

Other mosques that are known for their unique architectural styles and old history include the admirable Dolmabahçe Mosque, and Kariye and Chora Museums, two historic churches-turned-mosque-turned-museums, which have unique Byzantine and Islamic frescoes and wall art.

Apart from museums, it would be remiss to not visit Rumeli Hisarı, an ancient fortress facing the Bosporus, and the Galata Mevlevihanesi Museum, an important site in Sufi Islamic history. Tourists may also enjoy a traditional Turkish bath at Kılıç Ali Paşa Hamamı, or a whirling dervish performance at Hodjapasha.

Selimiye Mosque with the Edirne Turkish and Islamic Art Museum, Burmese Mosque (Üç Şerefeli Camii), Eski Camii, Kaleiçi and Edirne Palace are just a few of the places worth a visit.

Edirne is a small town near the Turkish borders to Greece and Bulgaria. Once the capital of the Ottoman Empire, this small town is packed with history.

You will find an abundance of grand, beautifully designed and decorated mosques, the largest of which is Selimiye Mosque. The courtyard of this mosque is also known for the Turkish and Islamic Art Museum, which has a nice collection of historic artwork.

Other mosques include the Üç Şerefeli (Three Balcony) Mosque, which is hard to miss in the town center, and the Eski (Old) Mosque, with beautiful Islamic calligraphy adorning the interior. It’s also worth walking through the streets of Kaleiçi, which is full of medieval period timber houses.

Şanlıurfa’s history stretches back to prehistoric times, and it is best known for Göbeklitepe, the oldest known temple in the world; however, a large number of tourists flock to this city for its religious significance, based on the legend of it being the hometown of Prophet Abraham.

The city’s vibrant and bustling center boasts the unique Balıklıgöl, also known as the Pool of Abraham or the Halil-Ur Rahman Lake, a picturesque lake located next to the equally charming Rizvaniye Mosque. Balıklıgöl is named after the large number of carp fish in its clear waters that tourists frequently feed.

The lake appears in Islamic legends as the place where King Nimrod, angered by Abraham’s monotheistic beliefs and his daughter falling in love with Abraham, built a pyre to throw Abraham into. Miraculously, however, the fire turned to cool water and the logs turned into the fish that are now considered sacred.

A short walk away is Ayn Zeliha Lake, also important in legend, as it is considered to have been formed out of King Nimrod’s daughter, Zeliha’s, tears after she learned about Abraham’s death. This lake is quite the contrast to the bustling Balıklıgöl, and it is recommended to sit in one of the tranquil cafes by the lake and have a cup of tea.

Also, in downtown Urfa is Dergah Mosque, a massive religious complex that contains Halilur-Rahman Cave, thought in Islamic legend to be the birthplace of Abraham. It is free to enter. Most tourists in Urfa will also enjoy the Historic Kapalı Çarşı (Covered Bazaar) that has a large variety of vendors and restaurants. Make your way toward Gümrük Han inside the bazaar where you can try the famous mırra, a bitter espresso-like coffee, and menengiç, a special Turkish coffee made from roasted pistachio tree seeds and topped with ground pistachios.

If you come all the way to Urfa, it is worth taking a trip to Harran, one of the world’s oldest cities that appears frequently in all major holy books. It is considered to be the place where Abraham lived until the age of 75 but is also famous for its unique “beehive” homes that keep the residents cool in the extreme heat of the region.

Konya is known for being an important center of Sufism and religious tourism. In the very heart of the city is the Mevlana Museum, which houses the tomb of Mevlana Jalaladdin Rumi, the founder of Mevlevi Sufism. This is an important site of pilgrimage for Muslims today who come to pay respect to Rumi.

You can also explore the courtyard, where the whirling dervishes also perform during the summer months. A short distance away are Selimiye Masjid and Aziziye Mosque, a spectacle for architecture enthusiasts and religious tourists alike. Aziziye Mosque particularly marvels viewers with its beautiful baroque-style design.

From there, tourists can walk around Alaaddin Hill, an artificial hill in the middle of the city, where you will see many beautiful madrassas, religious schools. One of these is Karatay Madrassa, also known as the Tile Museum, with its breath-taking Seljuk period tile work.

Close by is Ince Minareli (Thin Minaret) Madrassa, also known as the Museum of Wood and Stone Carvings, which might not sound like everyone’s cup of tea but is a great example of when you shouldn’t judge a book by its cover. The building alone is a work of art, intricately carved with religious inscriptions and decorations.

Two other madrassas that are designed and constructed beautifully and are worth visiting are the Sırçalı Madrassa and Mahmudiye Madrassa.

A short walk away from Sırçalı Madrassa is the Sahip Ata Külliyesi and Museum. This religious complex was restored beautifully overtime as an active mosque and museum, and remains a well-preserved and interesting example of Seljuk architecture. You will be awestruck with the beautiful blue tile work and mosaics against the brick walls.

Konya abounds with mosques and other religious buildings. It is highly recommended for tourists to walk around the city center and explore any they come across as most of them are hundreds of years old with a rich history.