Bosnia-Herzegovina: The green paradise of the Balkans 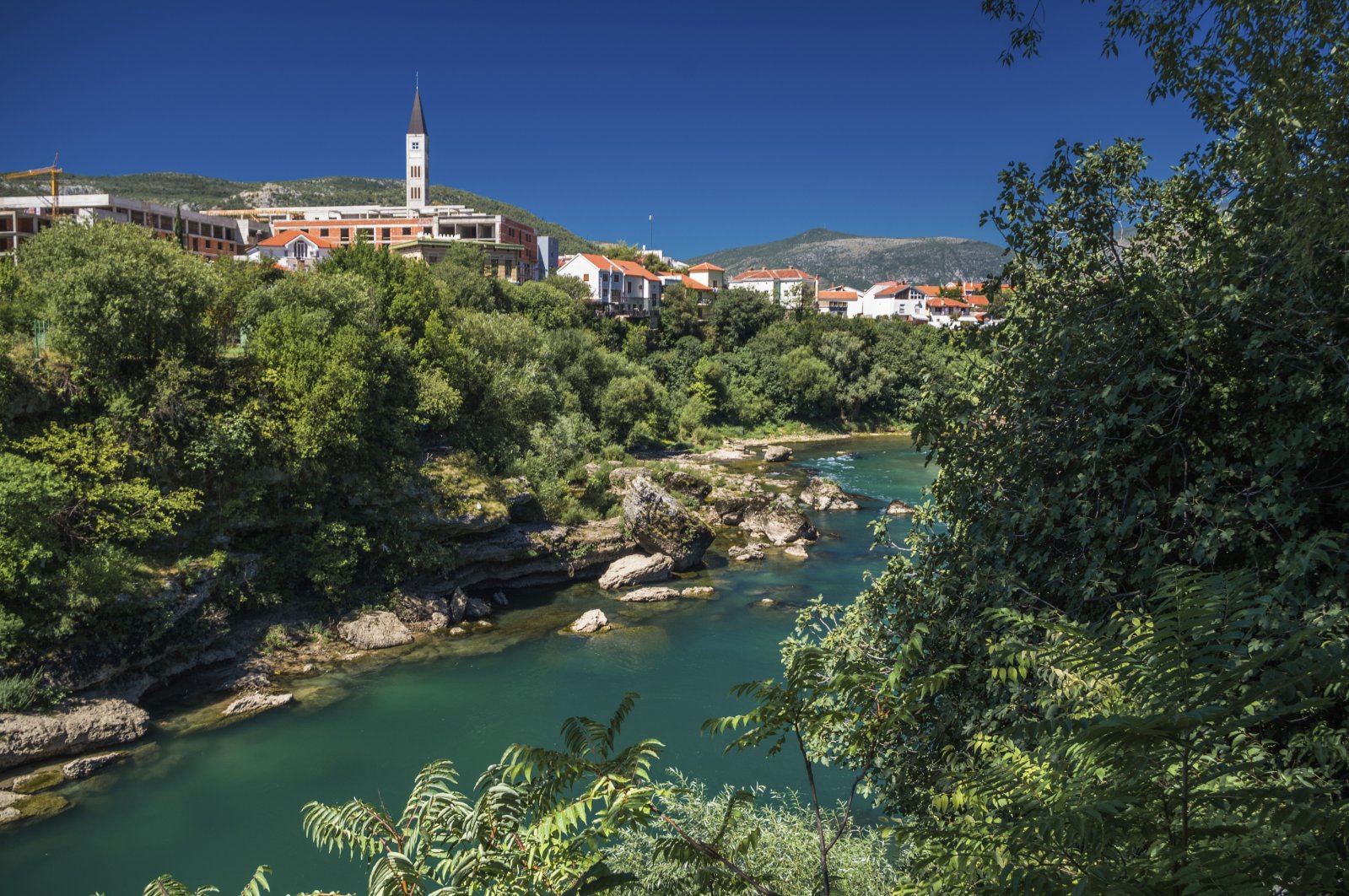 With its historical sites, beautiful nature and tasty traditional food, here's why Bosnia-Herzegovina should be at the top of your post-pandemic travel itinerary

One of my last trips in the year 2019 was to Bosnia-Herzegovina. Little did I know that I would soon be spending my days cooped up at home because of the imminent COVID-19 pandemic, checking pictures on my phone’s gallery, desperately hoping for the return of the good old days.

My trip to Bosnia-Herzegovina was not a planned one. It was a decision I made in 20 minutes in hopes of getting away from the noise and crowds of Istanbul. As last-minute as it was, it turned out to be amazing.

To be honest, I did not have high expectations at all when I planned the trip, but, to my surprise, I fell in love with the country from the very first minute.

I landed in Sarajevo but I planned to see other cities as well during my vacation as most of the popular tourist attractions in the country are within driving distance of each other. You can use buses for sightseeing but I would recommend you rent a car as it will save you time and will obviously be more comfortable.

I was absolutely mesmerized by how “green” Bosnia-Herzegovina is with its huge mountains covered by untouched beautiful forests in a shade of green that I had not seen before. It looked like a scene out of a movie. The road from Sarajevo to Mostar is through the mountains, following by a river in some parts. The unmatched wilderness, winding roads and magnificent peaks made me feel like I was in a scene from the movie Avatar.

The journey to reach Mostar took a few hours, taking me past the Neretva River, known for its emerald green color, and mountain villages with mesmerizing landscapes. Instead of chatting with my friend whom I hadn’t seen for quite some time, all I could do was put my head out of the window like a golden retriever, continuously marveling at the view, at times without even blinking. It had barely been in the country a few hours but I already knew I would be back again.

The first city I explored was Mostar. Situated on the Neretva River, Mostar is the fifth-largest city in the country. It is known for the iconic Stari Most (Old Bridge), which is a reconstructed medieval arched bridge.

The historic Mostar Bridge was destroyed during the 1992-1995 war in Bosnia-Herzegovina by Croat forces but was rebuilt after the war. Crumbling under artillery shots launched by Croat forces on Nov. 8, 1993, the historic bridge met its demise in the waters of the Neretva River on Nov. 9 of that year. The bridge not only united the two sides of the city but also the Bosnian and Croat people who still live together. Built by the Ottoman architect Mimar Hayruddin, apprentice of Mimar Sinan, in 1566, the historic bridge continues to attract adrenaline junkies who dive or jump from it. With the support of Turkey, the bridge was rebuilt in accordance with its original design in 2004. A year later, it was added to UNESCO's World Heritage List along with the old town of Mostar.

The bridge is surrounded by narrow historical streets filled with shops selling all kinds of souvenirs and restaurants with views of the bridge and river. The restaurants lining the streets invite you to try traditional Bosnian dishes like cavapi, which are small, oblong-shaped kebabs made from lamb and beef served in "somun" with onions, or klepe, which are Bosnian dumplings filled with minced meat.

The old city has a unique ambiance that makes you want to dive into its history. The beautiful views of its green mountain peaks will win you over in a heartbeat.

After you are done exploring the old city there is another must-see place that should be on your list – Blagaj. This village straight is located in the southeastern region of the Mostar basin at the edge of the Bisce plain. It is regarded as one of the most valuable mixed urban and rural structures in the country.

The village is situated at the spring of the Buna River and was made famous because of a historical tekke or Dervish monastery Blagaj Tekija. The monastery was built around 1520, with elements combining Ottoman architecture and Mediterranean style. It is considered a national monument.

Next to the monastery, you will find a few restaurants lined on the banks of the river, offering stunning views to go with the delicious food.

Again, the drive from Mostar to Tuzla was outstanding. Surrounded by tall pine trees, mountains and mesmerizing landscapes, this country is a perfect destination for those who love road trips.

Tuzla is the third-largest city of Bosnia-Herzegovina and is the economic, cultural, educational, health and tourist center of the northeast of the country. Tuzla is home to Europe's only salt lake as part of its central park.

The artificial Pannonian Salt Lakes are the city’s main destination when the weather is good, as it becomes an open-air beach of sorts that brings people from all over the region for a refreshing swim. When you get to the city center you can walk through the stone streets, soak up the atmosphere and maybe have a chat with locals over a cup of coffee in one of the little cafes or bars.

On the northern side of Tuzla’s old town, you will find a memorial of the May 25, 1995 Tuzla massacre, which left 71 dead and 240 wounded. For most locals, the memorial is the most important site in the city.

On the last day of my trip which we spent in Sarajevo, the capital and largest city of Bosnia-Herzegovina. Due to its long history of religious and cultural diversity, Sarajevo is sometimes called the "Jerusalem of Europe" or the "Jerusalem of the Balkans." The city is one of a few major European cities to have a mosque, Catholic church, Orthodox church and synagogue within the same neighborhood.

The city itself is beautiful as it has traces of various empires that ruled it in the past. The Ottomans brought public fountains, Islam, mosques, madrasahs, public baths and caravanserais. The Viennese brought modern hotels, libraries, railroads and the elegance of a reserved empire.

As you walk through the old town, the historical part of the capital, you find yourself wandering through narrow stone streets with many charming stores and cafes. You can find anything you need as a tourist in those shops and then enjoy some traditional food in one of the restaurants.

At the end of your vacation, you may find yourself wondering how the time passed so quickly but I can assure you that you will enjoy every minute you spend in this beautiful country. I last visited the country two years ago but I can't wait to see it again.