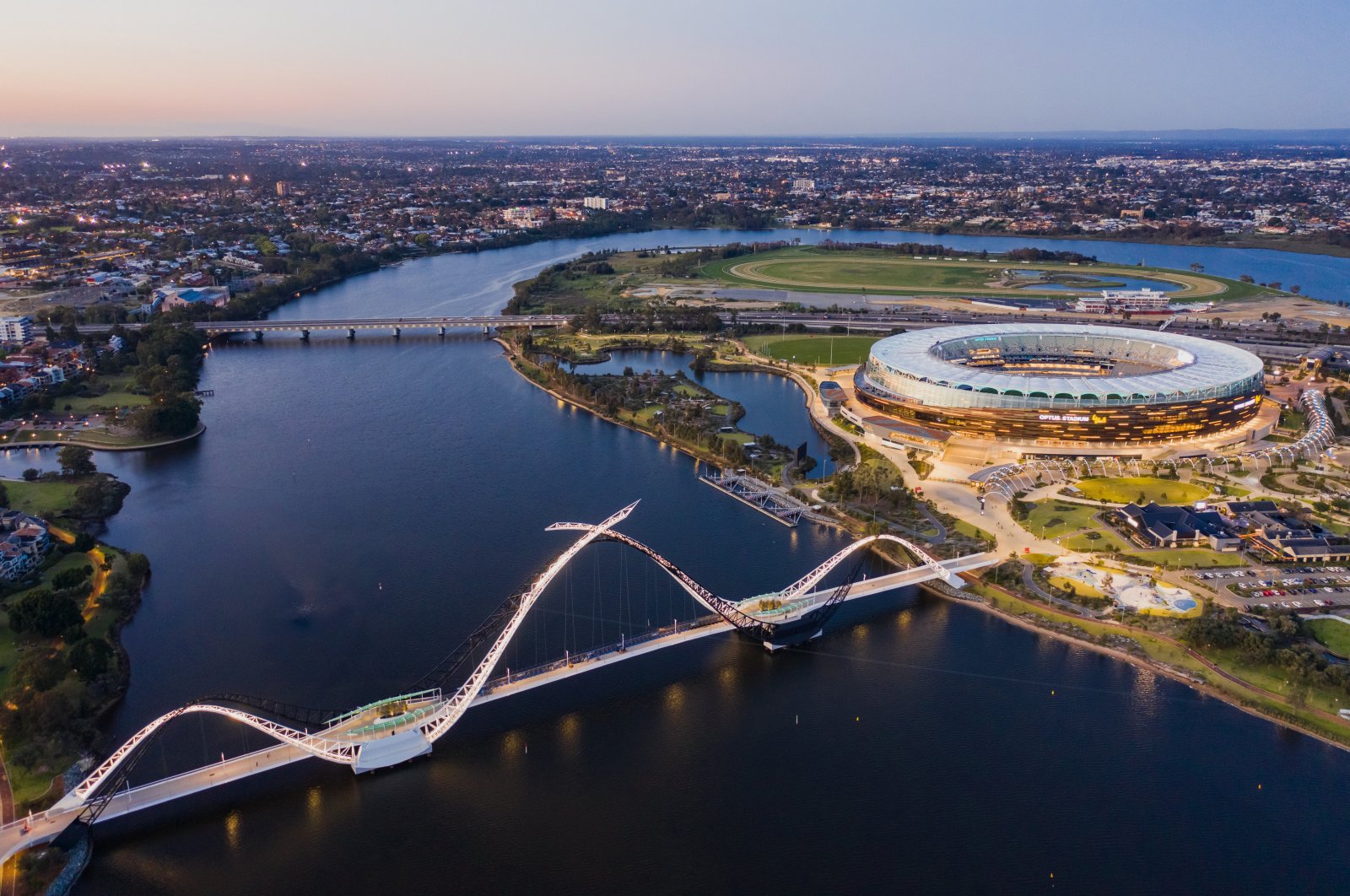 Australia has opened its longest zipline in the Western Australian city of Perth, with a 400-meter-long, jaw-dropping stretch that start up on the city's Matagarup Bridge.

From there, anyone brave enough can whiz down over the Swan River at speeds of up to 75 kilometers per hour.

Even the trek to the zipline starting point is a bit of an adventure and you'll first need to climb up to the launch platform via an access point for bridge technicians.

The entire experience takes about 90 minutes, according to Western Australia's tourism board.

Western Australia plans to reopen its borders to vaccinated international travelers on February 5, 2022 as vaccination rates have risen above 90 percent.

However, the coronavirus situation in Australia has been worsening dramatically as the authorities in the country of 25 million reported rapidly rising daily infection rates.

For days, the authorities have been recording new record figures, mainly due to the spread of the contagious Omicron variant, and the most populous states of New South Wales with Sydney and Victoria with Melbourne are most affected.